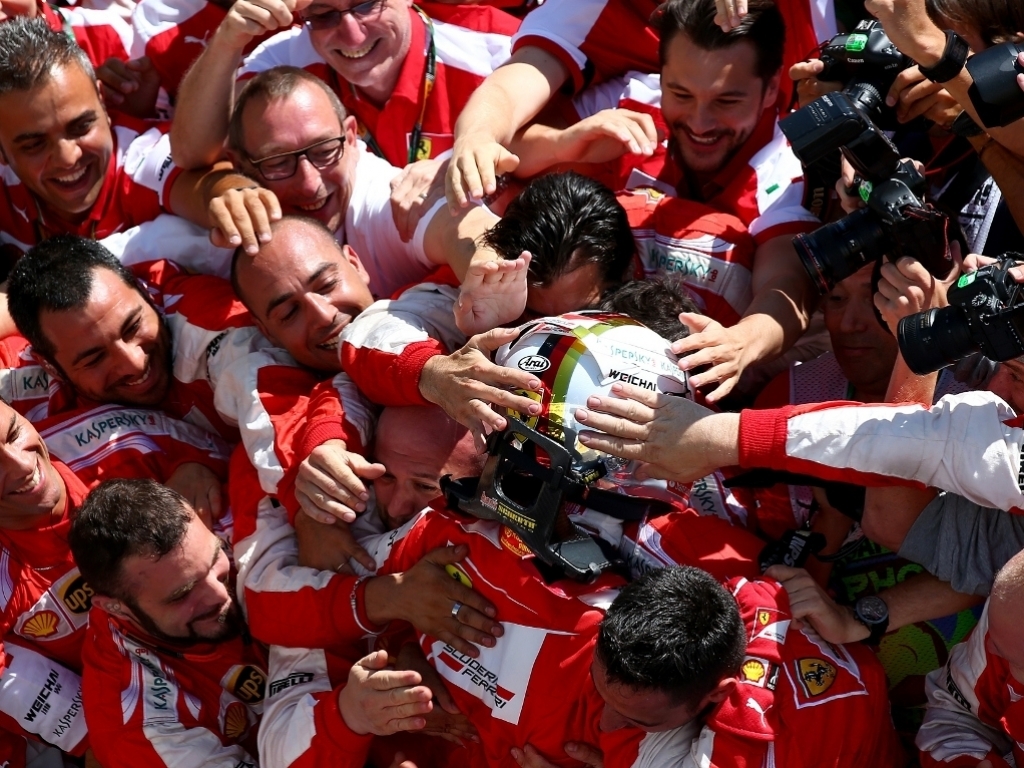 He knows it won't be easy to catch up with Mercedes, but Sebastian Vettel is confident Ferrari will turn things around and "repeat the magic of the past".

The four-time World Champion realised his childhood dream when he joined Ferrari from Red Bull at the end of the 2014 season, but the job is far from being complete as he wants to win titles with the Scuderia.

However, Mercedes are currently standing in his and Ferrari's way as they are the pacesetters with Lewis Hamilton winning the title last year and again leading the Drivers' Championship after 10 races this season.

Although Merc still have the best car on the grid, Vettel has certainly given them something to think about as he has claimed two victories and five podiums already.

"A second victory [at the Hungarian Grand Prix], several podiums – which came on the back of some major changes at the team during the winter break," he told Germany's Sport Bild. "Our plan is still on target."

Of course the ultimate goal remains to win Championships with the Italian outfit and, although he concedes they face a huge task with Merc in their way, he believes the "potential" is there to take Ferrari back to the top.

"Now that I'm at Ferrari, I want to be a World Champion with Ferrari. We want to repeat the magic of the past. This is an ambitious goal, but the potential that I see is huge."

He added: "We will of course try to catch up with Mercedes as soon as possible. It is not so easy. They have a powerful engine, a strong car and two strong drivers. But we are getting closer and closer and at some point we will turn the situation around."