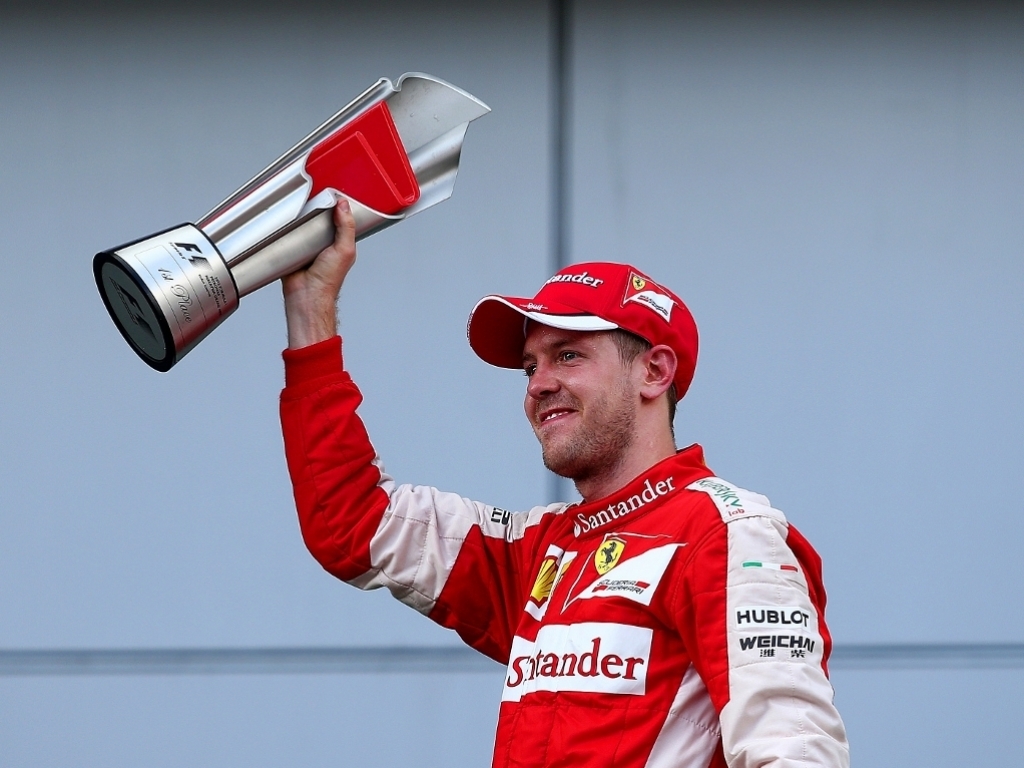 Sebastian Vettel has paid homage to Ferrari's employees following his win in Malaysia, while Maurizio Arrivabene praised the German for emulating his hero Michael Schumacher.

In only his second race for Ferrari, Vettel beat favourite Lewis Hamilton of Mercedes to claim his maiden victory for the Scuderia and also end their win drought, which stretched back to the 2013 Spanish Grand Prix.

Vettel visited the team's Maranello base on Wednesday and paid tribute to those who helped him to achieve his dream.

Speaking in Italian according the official Ferrari website, he said: "It was a very emotional moment. I have won many races, but the first one with Ferrari is very, very special. On Sunday night I wanted to celebrate with the mechanics and I said to them, 'thanks a lot', but I want to be one of you, no more no less.

"I am part of the team and, even if out on track, I'm alone, I know that really I never am, because I am always with you. I want to thank you for giving me a nice car and I think, in fact I know, that we will experience many more great moments together."

Team principal Arrivabene also saluted all involved in the victory and felt Vettel was emotional as he followed in Schumacher's footsteps by winning with Ferrari.

"I think that, the 'forza Ferrari!' from Seb over the radio immediately after taking the chequered flag, was not just for the achievement of a childhood dream, but also for memories of the moments spent with another great Champion, who won so much for Ferrari, namely Michael and above all there was the joy of being there with all of you. You have been here for such a long time and you deserve it," the Italian said.