Home Uncategorized Seb: Maybe the rain can help us 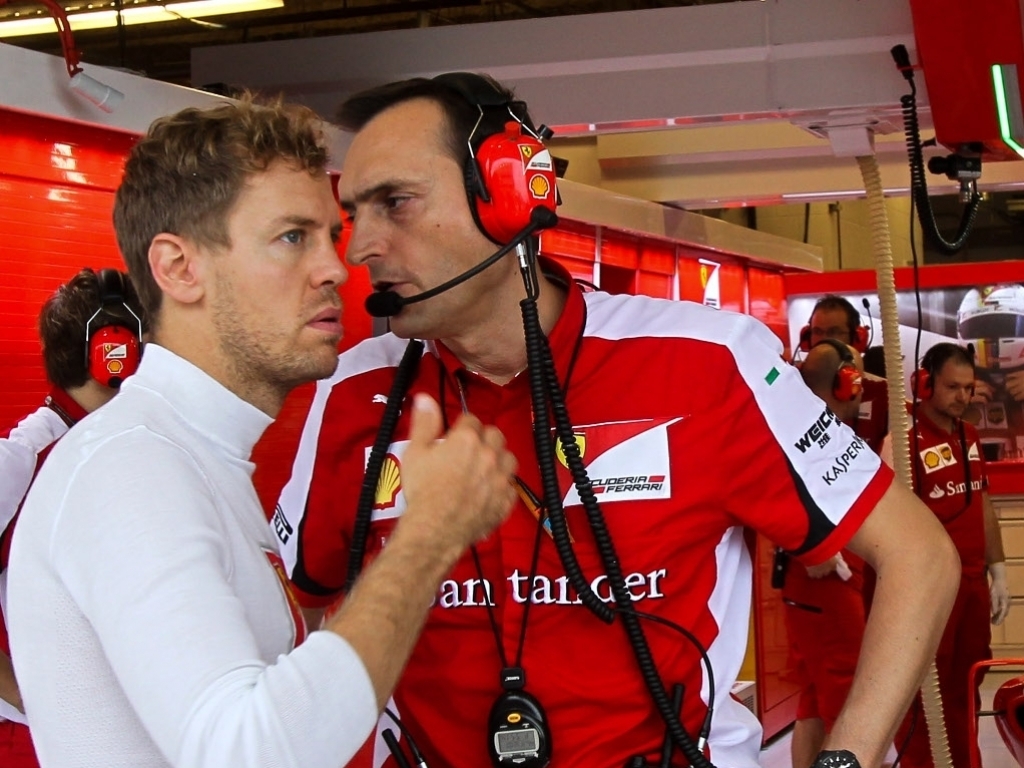 The wet conditions in Austin could prove to be blessing in disguise for Sebastian Vettel and Ferrari at the United States GP.

Vettel and team-mate Kimi Raikkonen started the race weekend on the back foot after it was confirmed that both Ferrari drivers would receive 10-place grid penalties after engine changes.

The four-time World Champion and the rest of the F1 pack didn’t get much running on Friday at the Circuit of the Americas though as they only completed a handful of laps in FP1 due to rain while FP2 was a complete washout.

If it continues to rain heavily for the rest of the weekend then it could play into Vettel and Ferrari’s hands.

“First of all we need to see what happens tomorrow and Sunday to see which way we have, but with the penalty maybe it can help us a little bit on Sunday,” the German said.

“We will remain calm and prepare the day tomorrow as a normal day and then see with the conditions what the day brings. It’s obviously a shame we didn’t get hardly any running today but everyone is in the same situation.”

Ferrari’s decision to change the engines this weekend has raised a few eyebrows as Vettel still has a mathematical chance of winning the title, but the 28-year-old is unfazed.

“I don’t think it’s a problem. It’s the plan and it’s always been the plan, so it’s wrong to point at this race and say that it’s a shame because it has been part of our plan and we’ve had all the advantages already and now we have to take the penalty into account,” he said.