Home Uncategorized Seb: Mercs were like buses at the start 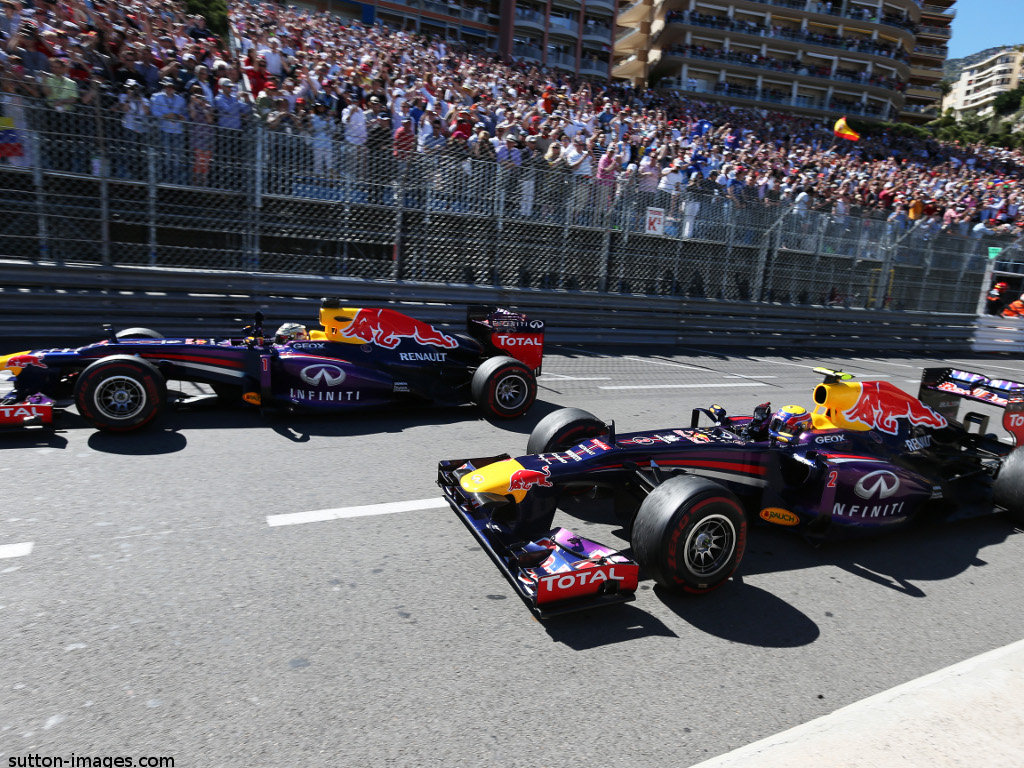 Sebastian Vettel will leave Monaco a pleased man, but he admits he was surprised by the slow pace of the Merc cars at the start of the race…

Sebastian Vettel will leave Monaco a pleased man, but he admits he was surprised by the slow pace of the Mercedes cars at the start of the race.

Vettel started third on the streets of Monte Carlo behind the two Mercs of Nico Rosberg and Lewis Hamilton and finished second behind his German compatriot with Mark Webber third and Hamilton down in fourth.

The P2 has helped Vettel to stretch his lead in the Drivers’ standings to 21 points over Kimi Raikkonen.

“Overall I’m happy and pleased with the result, we know it’s difficult to overtake here,” he said. “Congratulations to Nico, he had the pace and the tyres. We had a fantastic start but there was no room to overtake and I had to life.”

Rosberg and Hamilton got away cleanly at the start of the race, but they were lapping in the 1:23s for the opening stint before picking up some speed later in the race, much to Vettel’s surprise.

“I was surprised by the slow pace of the opening laps,” he added. “You expect two Silver Arrows in front of you and we had two buses in front going for a cruise. They had a strategy but we did well to get past Lewis.

“I think we can be happy with the result. It was a good job by the team.”

Meanwhile, Webber was happy to finish on the podium, but he concedes it wasn’t the most interesting race as it was “completely predictable”.

“For us we knew it was a bit against us but we got a good start,” the Australian said. “It was sod’s law that it was a short first corner. After that it was saving the tyres. It was completely predictable. It was nice to get Lewis but we will take that position. It was difficult to get the restart. But in general it was just driving around and saving the tyres.”