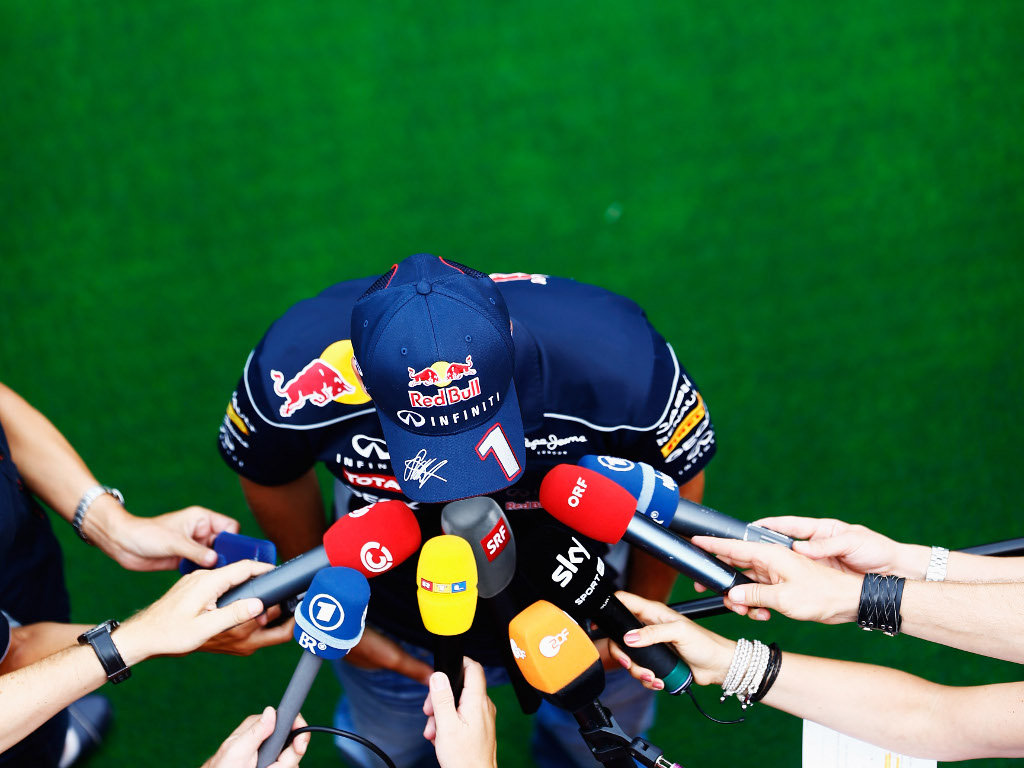 Sebastian Vettel would have enjoyed partnering Kimi Raikkonen at Red Bull but concedes it was not his decision.

When Mark Webber announced that he would retire at the end of this season, Red Bull immediately set their sights on Raikkonen, revealing that the 2007 World Champion and Daniel Ricciardo were their main targets.

Earlier this week, though, it emerged that talks between the Finn and Red Bull had fallen through.

“The negotiations with Red Bull were not successful and ended some time ago,” his manager Steve Robertson told Turun Sanomat.

And although Vettel would have liked teaming up with his friend, he says it could still happen in the future.

“I didn’t know how realistic it was or not,” he said when asked about the Raikkonen reports.

“I have learned, similar to most of us from the press, that as it looks like, it is not the case. For sure, I have talked with the team – but it is not my decision.

“I think Kimi would have been nice in many ways, but now it is not happening, so it doesn’t make much sense to talk about it.

“But who knows? He is still young. I am still young, and a lot of things can still happen, so never, say never.”

As for rumours that Raikkonen could now be on his way back to Ferrari, Vettel doesn’t believe that’s at all realistic.

“I get along quite well with Kimi so I would be in a way happy if he finds a spot where he’s happy. I think he has a good seat at the moment with Lotus, but if he can improve then I would be happy for him.

“I think Kimi is very straightforward, you don’t get any bullshit with him and politics so in that regard I don’t know how realistic it is for him to return to Ferrari.