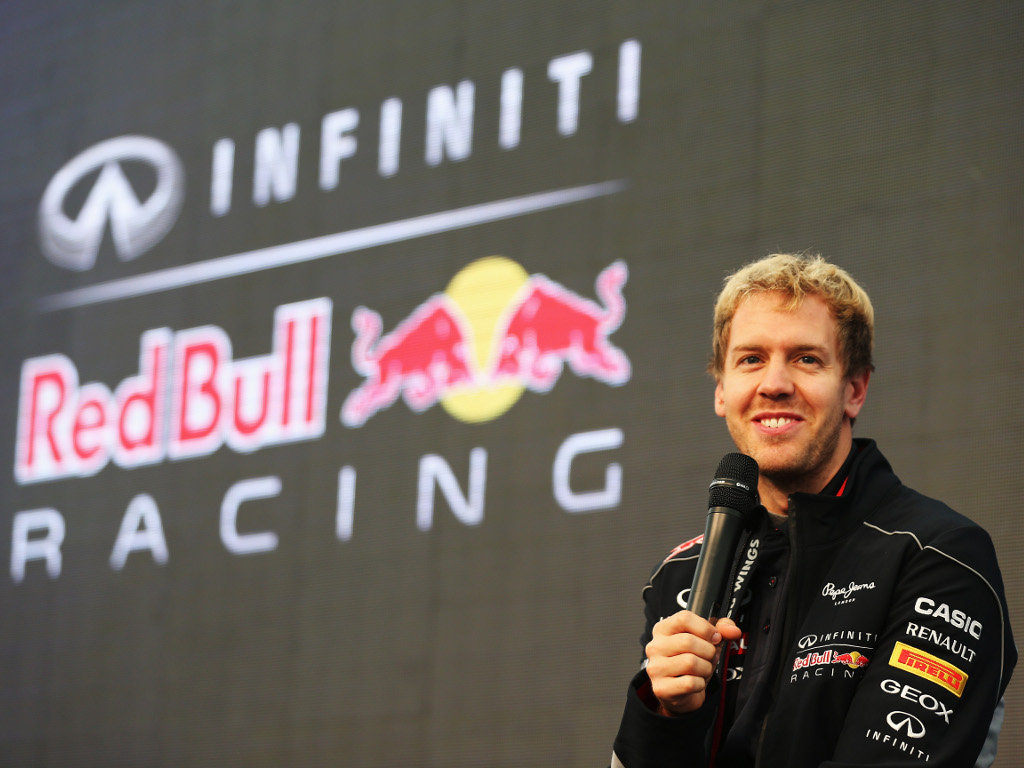 Sebastian Vettel has ruled out moving teams at present, saying it won’t change how people view him…

Sebastian Vettel has ruled out moving teams at present, saying it won’t change how people view him.

In the wake of his fourth successive Drivers’ Championship title, the debate rages about whether Vettel can now be ranked as one of the greats.

Some, however, believe he won’t fit into that category until he has succeeded with a team other than Red Bull Racing.

The German, though, says he’s not overly concerned about what others believe.

“Even if I go to another team I will still have people who don’t like who I am, what I do, etcetera, so it doesn’t really change much in the end,” he said.

“At the end of the day you have to be happy with yourself and right now I can assure you I’m very happy where I am and what I do.”

As for the thought that the 26-year-old still needs to pit himself against the best in the same machinery, Vettel downplayed the need to do that.

“Generally a driver always tries to be with the best team,” he said.

“I think if you look back through Formula 1 history and it’s always been the best drivers winning races and Championships with the best teams.

“I’m very happy where I am, I’m with one of the best teams and as I said before in the end I think it’s about you and whether you’re happy with who you are if you look at yourself in the mirror.

“Currently I am racing for Red Bull Racing and I’m not thinking about going anywhere else. It’s not my job to sign up certain people.

“Next year Daniel [Ricciardo] is coming in. It’s difficult to judge right now but I’m sure he will do a good job and he will try very, very hard to give me a hard time.”

But before next season, Vettel’s next goal is the United States Grand Prix where he’ll be chasing his eighth race victory on the trot.

“We’ve had many, many great moments, very special moments, but of course I believe the biggest moment in my life is yet to come.

“Otherwise it would be quite sad at the age of 26 to look to the future and say the greatest moment has been already and I have nothing to look forward to.”