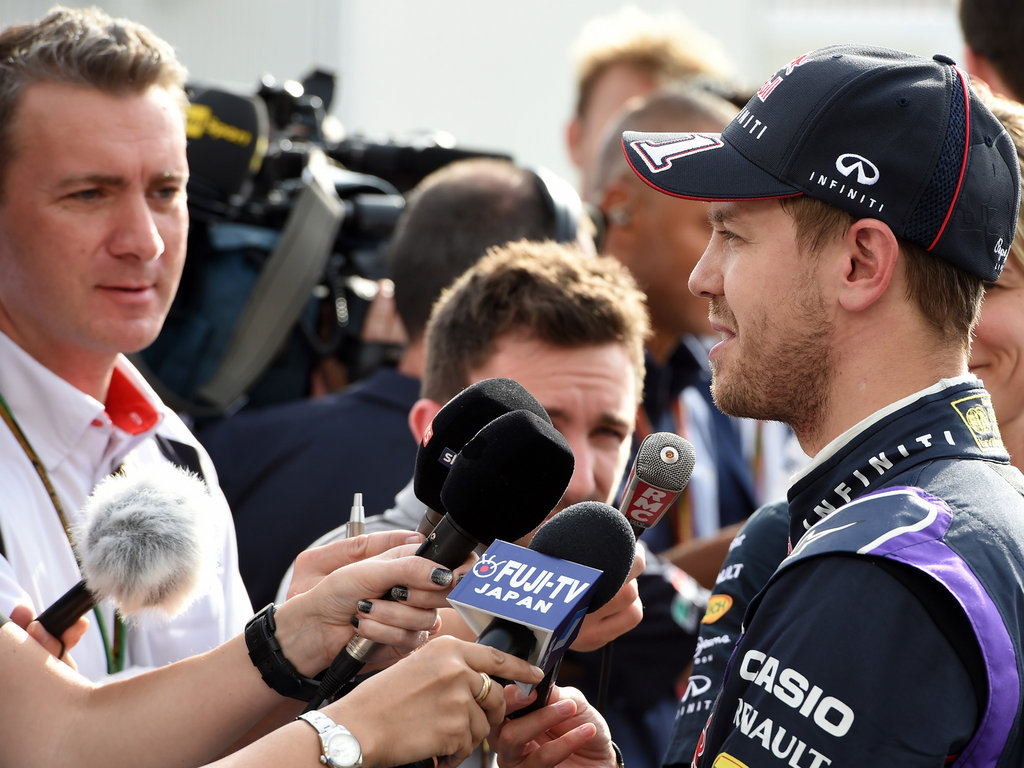 Sebastian Vettel says he doesn’t “feel like the third wheel on the wagon” at Red Bull despite his impending departure.

The German is set to join Ferrari next year after six very successful seasons with Milton Keynes squad during which he won four consecutive Drivers’ Championships.

There will be no early release from his Red Bull contract though with the outfit confirming he won’t be allowed to test for his new team in Abu Dhabi next week.

Although the team are not giving anything away about their 2015 car, Vettel insists he doesn’t feel like an outsider.

“I’ve been with the team for long enough to know what’s going on so I don’t get pushed outside,” he is quoted as saying by Autosport. “After five years you know someone and I think there’s mutual trust.

“For sure the stuff that happens on the car for next year doesn’t get discussed with me, which is normal. But equally there is stuff that we test here on the track which I’m sure is some of the stuff that is used next year.

“From the team’s point of view it’s the best foot forward to use both of the cars to do that. Surely if it’s any kind of secret I wouldn’t know about [it] since I told them that I would leave.

“But I don’t get pushed out, so I don’t feel like the third wheel on the wagon.”