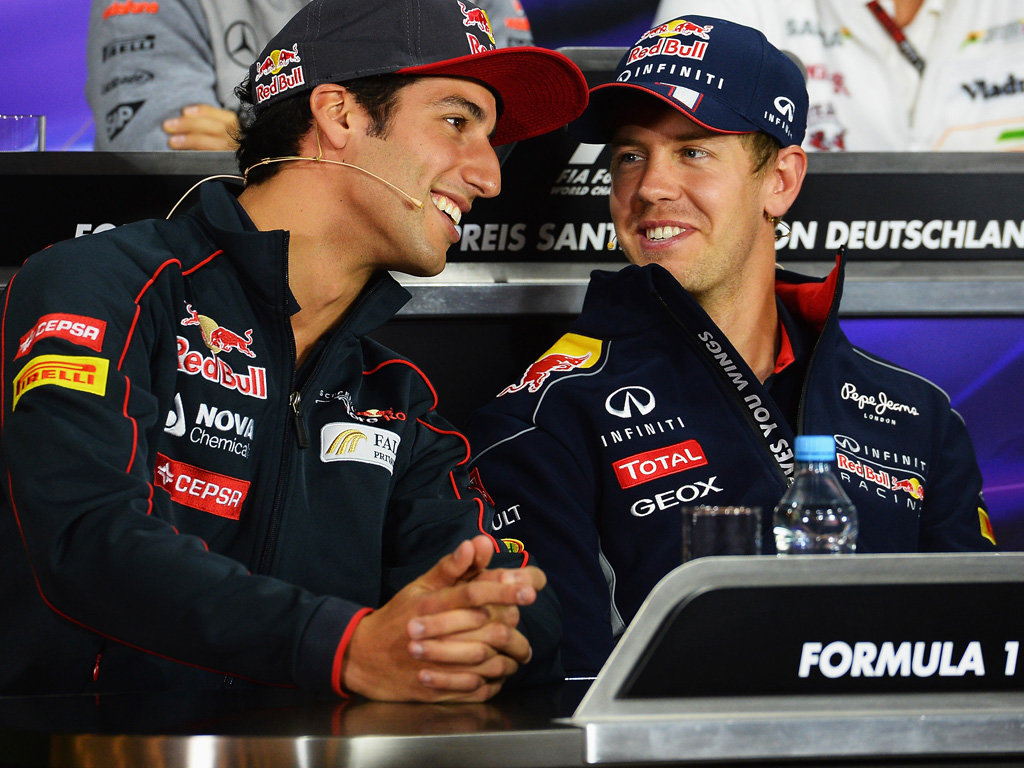 Sebastian Vettel says “it would make sense” for Red Bull to sign Daniel Ricciardo as his team-mate for the 2014 season.

The Milton Keynes outfit have to find a new team-mate for Vettel following Mark Webber’s decision to retire at the end of this year and it is widely believed they will opt for Ricciardo.

However, Lotus driver Kimi Raikkonen and Ferrari’s Fernando Alonso are also in the picture while team principal Christian Horner has insisted “nothing has been signed yet”.

Vettel, who has previously admitted that he would “prefer Kimi” if it was straight decision between Raikkonen and Alonso, feels Ricciardo would a good choice as he has been part of the Red Bull set-up for quite some time.

“It would make sense for [it to be] Ricciardo as he has been at Red Bull for a long time,” he told BBC Sport.

As for Ricciardo’s lack of experience in Formula One, Vettel feels he is a good case in point when it comes to giving youngsters a chance at top teams, saying: “People will argue that he might not be ready but was I ready when I joined?”