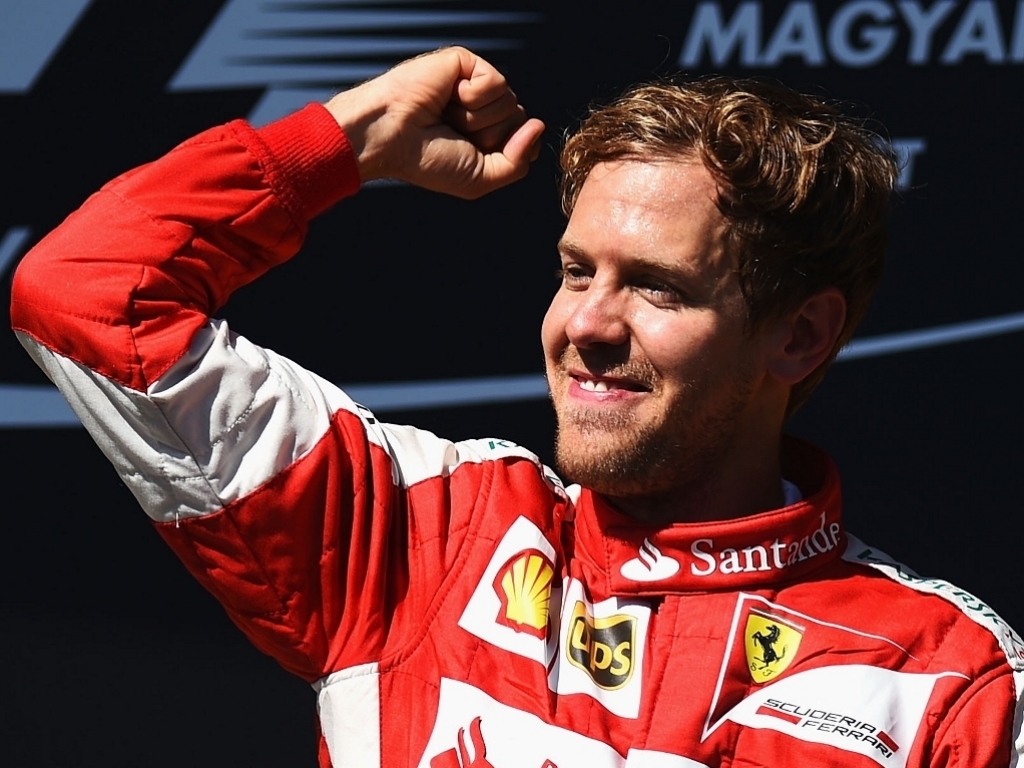 We have reached the halfway stage of the 2015 season and incredibly Sebastian Vettel still finds himself within striking distance of the title and the German is excited to see "where the journey" takes Ferrari.

On the back of Mercedes' dominant display in 2014, everyone expected Lewis Hamilton and Nico Rosberg to run away with things again this year, especially after the pair won eight of the first nine races this year.

Vettel and Ferrari, though, first made everyone sit up and take note with their win in Malaysia and then showed in Hungary on Sunday that they cannot be written off as they claimed their second victory of the campaign.

The German finds himself just 42 points adrift of Hamilton in the Drivers' standings while he is only 21 points behind Rosberg, who is second, with nine races still to go.

Although he knows Ferrari still have their work cut out, the four-time World Champion has vowed to give it his all.

"There is still a lot of work to do to catch up but you never know," he said. "I am sure we will try absolutely everything and try to make the impossible possible.

"The best way to do that is remain calm and try to do your best and then we see where the journey takes us."

Sunday's victory was his first at the Hungaroring, but one stat that was pleasing was the fact that he joined Ayrton Senna on 41 Formula 1 race victories. Only Michael Schumacher (91) and Alain Prost (51) are now ahead of him.

"Mentioning Senna’s record is something incredible. I don’t know how to put this in words," he said.