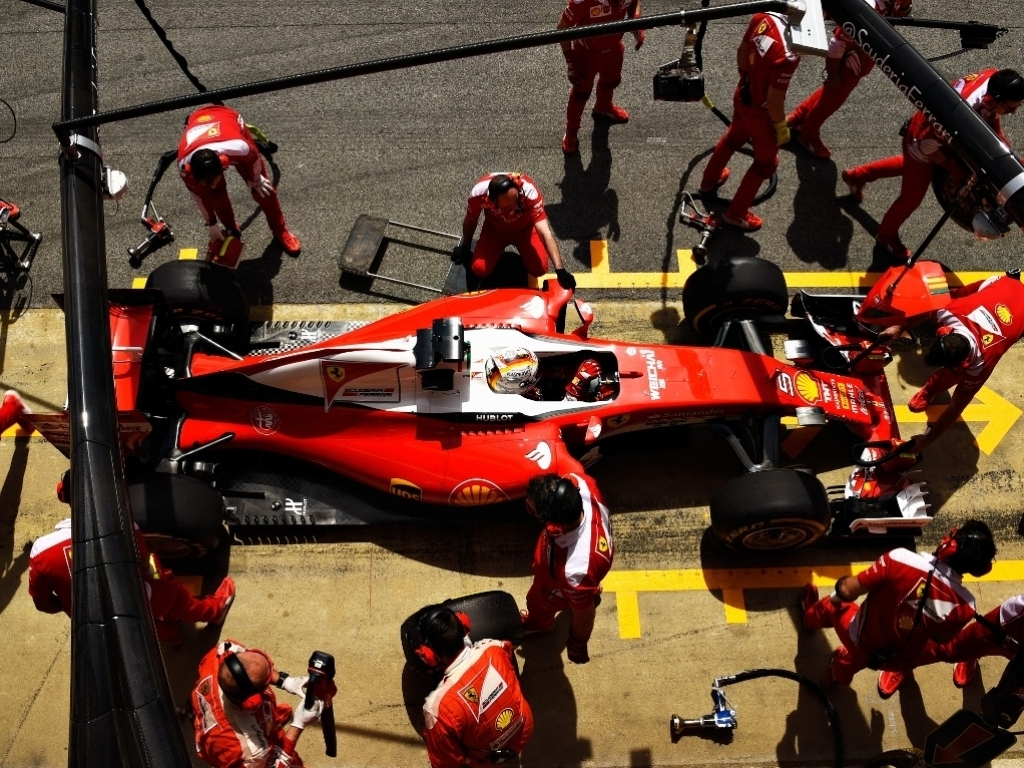 As the F1 roadshow prepares to roll into Singapore, Planet F1 takes a closer look at Sebastian Vettel’s remarkable record at the Marina Bay circuit.

Ferrari fans have not had much to smile about this season. The Prancing Horse has mostly been limping behind a determined Red Bull but events in Monza, where Sebastian Vettel finished third on the podium in front of the ever-passionate home crowd, showed that there are still some flickers of life left in the iconic manufacturer.

With confidence slightly restored, Vettel now returns to a track he clearly loves at the perfect time. The quadruple world champion has won four times in Singapore and has been on the podium every year since 2010.

We begin, though, in 2011, when the German built the foundation for a phenomenal hat-trick.

2011
After missing out on victory by 0.293 seconds in 2010, Vettel returned to Singapore with some unfinished business. In what was his 50th race for Red Bull, Vettel was utterly dominant despite the introduction of a safety car – due to Michael Schumacher sent flying in the air after running into the back of Sergio Perez – eating away at his handsome lead.

On the restart, Vettel had opened up a remarkable 8.9 second gap after just one lap before he eventually eased off to the checkered flag. The victory knocked Lewis Hamilton, Fernando Alonso and Mark Webber out of the title race, with Vettel just needing one point from the remaining five races to be crowned world champion for a second time.

2012
The Singapore Grand Prix proved to be the major turning point in a thrilling title battle between Alonso and Vettel. The German was the lucky beneficiary after race leader Lewis Hamilton had to retire with a gearbox failure on lap 23 but it was a long, old slog from thereon in.

Crashes from Narain Karthikeyan in his HRT and Michael Schumacher (again!) ensured the race was a stop-start affair and the drivers reached the two-hour time limit two laps before the end. Vettel and second-placed Jenson Button were trading fastest laps in the latter stages until the former was able to build yet another sizeable advantage.

This would be the first of four consecutive victories for Vettel before eventually going on to beat Alonso by three points in a memorable title race.

2013
If Vettel was dominant in the two years previous then he would really show the true meaning of the word when completing the hat-trick in emphatic style.

Vettel took pole position, led every lap, recorded the fastest lap, and won by more than 32.6 seconds to Alonso in second place, who started from seventh on the grid.

The victory saw Vettel extend his world championship to 60 points and the Singapore Grand Prix win was one of a whopping nine consecutive successes as he stormed to his fourth title.

2015
We finish with the last time Vettel won a Grand Prix almost 12 months ago on what was a day to forget for the usually commanding Mercedes. Championship leader Hamilton was forced to retire for the first time in the season and Nico Rosberg could only finish in fourth position.

The safety car was once again Vettel’s biggest enemy, the second of which was due to one brave/stupid spectator somehow finding his way onto the track during the race.

Second-placed Daniel Ricciardo, in comparison, said that Vettel “got lucky” with the safety car as it prevented him from performing the undercut. However, those claims did not hold much weight as Ferrari were quite simply unrivalled for pace throughout the whole weekend.