Home Uncategorized ‘Seb’s on the way to breaking records’ 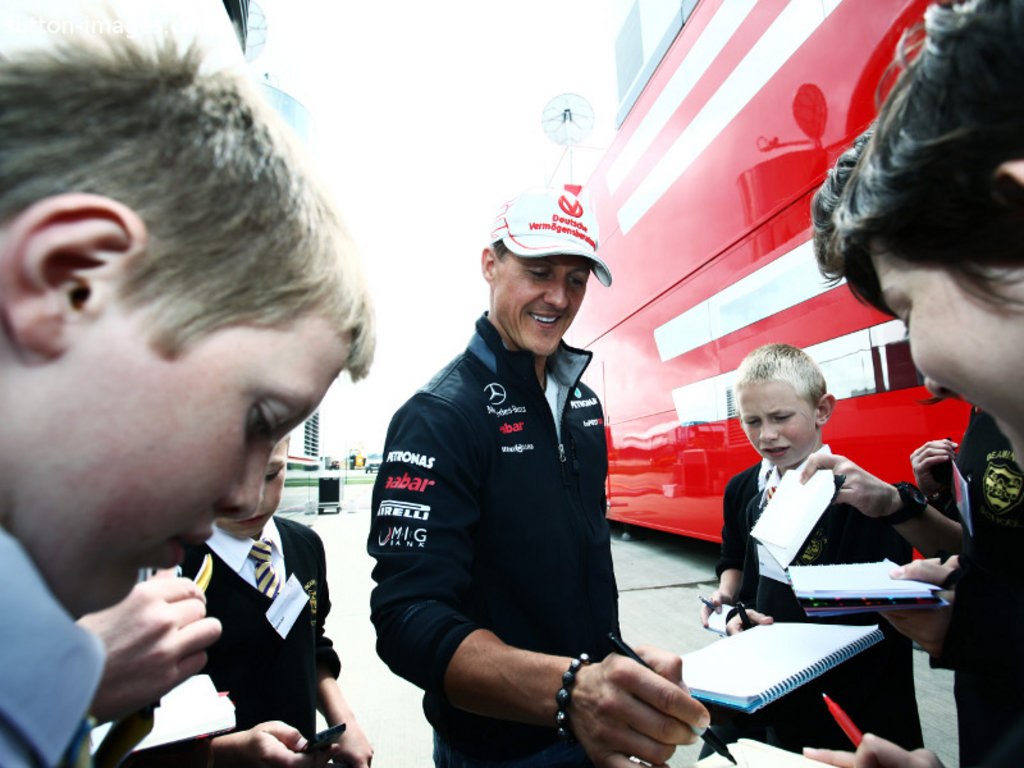 Although many of Sebastian Vettel’s rivals are adamant he won’t dominate F1 like Michael Schumacher did, the Merc driver says it may happen…

Although many of Sebastian Vettel’s rivals are adamant he won’t dominate F1 like Michael Schumacher did, the Merc driver says “maybe” it will happen.

Schumacher is, at least according to the numbers, the greatest driver to have ever raced in Formula One.

The German holds the record for the most Drivers’ Championship titles, seven, most race wins, 91, most wins in one season, 13, and most pole positions, 68.

However, there are signs that Vettel could one day overhaul the Mercedes GP driver’s tallies.

After 70 grands prix, Vettel has 16 race wins, 22 pole positions and one World title – but he’s already well on his way to a second this season.

“Records are there to be broken by whoever, and Sebastian is on the way,” said Schumacher

Asked if Vettel could match or even beat his own run of five consecutive World titles, Schumacher said: “Maybe.”

He also believes it will be “difficult” for anyone to stop Vettel from taking his second Drivers’ title this season.

But while his records may one day be under threat from his compatriot, Schumacher admits he has a fondness for the young German, who is 19 years his junior and has often spoken of his admiration for Schumacher, who he followed closely while growing up.

“I get on very well with him,” Schumacher said.

“He is a good friend of mine, so I would have no hard feelings if he did beat my records. I feel he would deserve it because he would have worked hard for it.

“But he must never feel as if he is unstoppable because you know how fragile things are, how much work, how much attention is needed to be in the position you are in, to stay there, and how quickly it may disappear.

“He maybe doesn’t have that experience yet, but I do.

“At the moment he is managing to extract the maximum, so there could still be a period of dominance.

“Seeing him, how he has developed, relates to the story of how I made Formula One popular in Germany, increasing the interest for the motor industry that has supported these young kids to get their chance.

“He took his, has learned from everything he could, and it is great to watch that.”