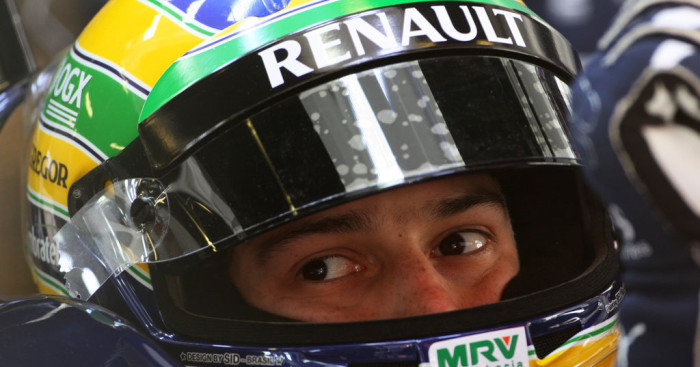 Bruno Senna admits it won’t be easy for Williams to become regular points-scorers this season given the disaster that was 2011.

And although the team put in some encouraging performances in pre-season testing, Senna concedes returning to the top ten won’t be an easy task.

“The team’s intention was always to be back to the top ten, which is not easy because the jump is large relative to last year’s performance,” the 28-year-old told GPUpdate.net.

“But this is the goal and, with the experience of the pre-season tests, I think we’re competitive in this sense.

“It will be very tight between the people who are at the tail end of the top ten, but we’re going to try very hard to always be there, scoring the points.

“The car has good features. I think we have enough potential to improve the car and find more speed, but it has been very reliable so far.

“We can do a lot of mileage and the car is easy to drive at the limit. And, I think we will be able to improve the consumption of the tyres even more, which is also already good for us.”

Pressed as to how he expects his new FW33 will perform in Australia, the Brazilian said: “It’s still hard to say exactly where we stand in relation to other teams on the grid.

“Sure, the car has good reliability. We managed to do 18 race distances during the pre-season. I think this demonstrates good reliability of the car, the problems we had were looked at and most of them have been resolved.”