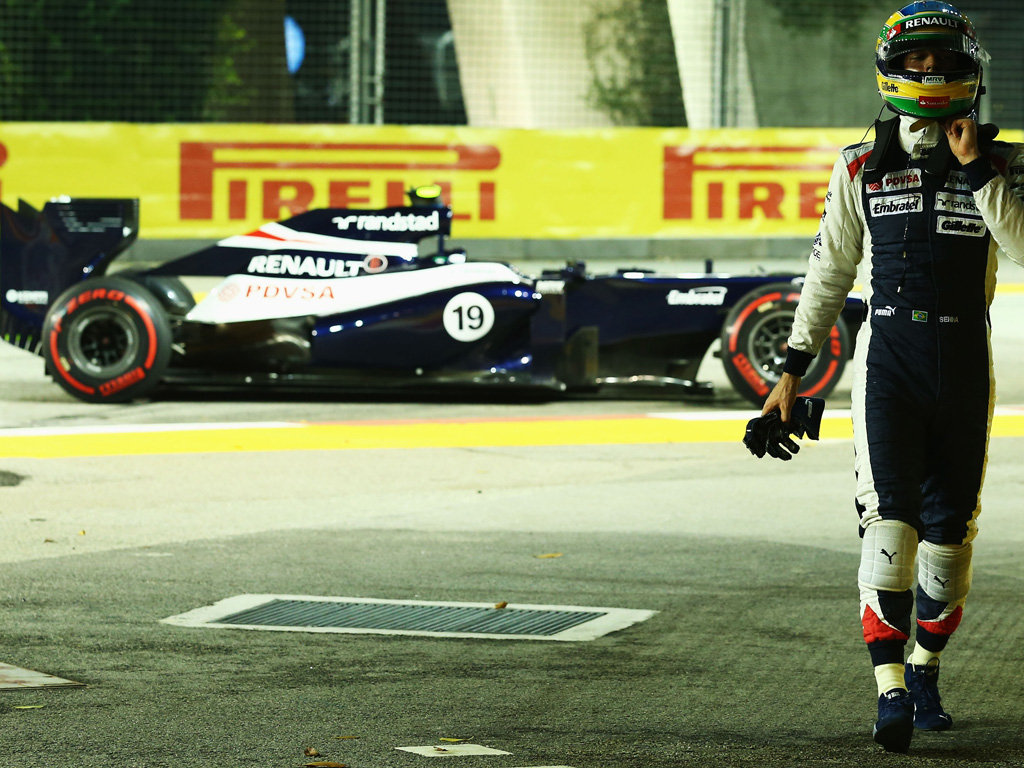 Bruno Senna admits he was to blame for his practice shunt in Friday’s second practice, saying he was trying to push hard and over did it…

Bruno Senna admits he was to blame for his practice shunt in Friday’s second practice, saying he was trying to push hard and over did it.

The Williams driver brought out the red flags on Friday night when he brushed the wall just after Turn 19.

The impact broke his left suspension, sending him sliding across the track and over the kerbs before he came to a halt.

And although the marshals pushed his car off the racing line there was little that could be done to remove his stricken Williams except to red flag the session for five minutes.

“It wasn’t an ideal day but I was still able to learn a lot about the car and we have a good idea on the direction we will take tomorrow,” Senna said.

“I made a mistake in FP2 and touched the wall which damaged the car.

“I was trying to push hard and on a track like this unfortunately that means you can end up in the wall.

“There isn’t too much damage so we need to work hard to be 100 per cent ready for tomorrow.”

As for Saturday’s qualifying, Senna says he’s hoping to make it into Q3 but concedes it won’t be easy.

“We are aiming for the top ten but the grid is looking very tight so we are going to have to push very hard. It’s going to be important to qualifying as far forward as possible at this circuit but the competition is strong.”