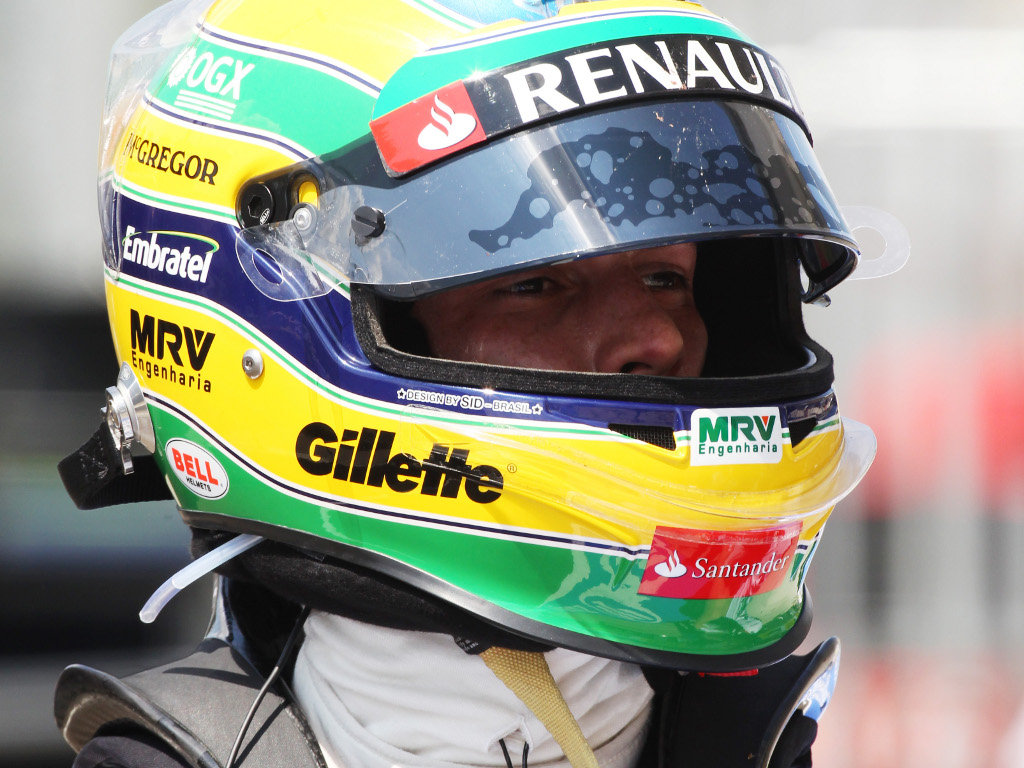 Bruno Senna has lashed out at Jean-Eric Vergne after the Toro Rosso driver baulked him in qualifying for the Japanese GP.

With all 24 cars out on track in the final minutes of Q1, traffic was proving to be a problem for some as Senna found out.

The Williams driver came up behind the Frenchman into the chicane but instead of moving aside, Vergne held his line and halted Senna’s momentum.

As a result Senna, who waved angrily at the Toro Rosso driver, failed to make it into Q2, qualifying P18th for the Japanese GP.

“[Jean-Eric Vergne] had an easy chance to let me past no problem, but as he did in FP3, he destroyed my lap,” said the Brazilian.

“What’s going to happen is that he’s going to get a penalty probably but it’s not going to change anything for me tomorrow.

“Now I have a long race tomorrow and hopefully with new tyres I’ll get back into the points, but it’s another one of those days.”