Home Uncategorized ‘Senna’s progress has been a dream’ 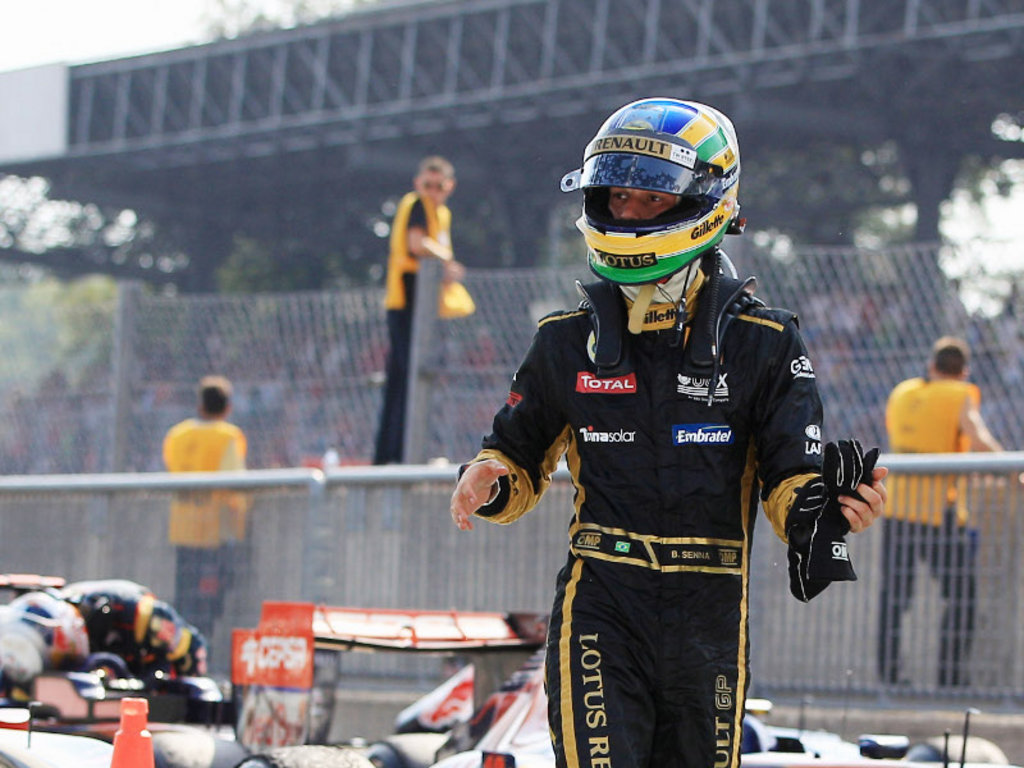 Senna, who raced for HRT last season, was called up by Lotus Renault to replace Nick Heidfeld from the Belgian GP onwards.

And although he claimed seventh place in his first qualifying session, an opening lap shunt and subsequent penalty meant he missed out on a points-finish at Spa.

The Brazilian came back strong at Monza this past weekend, qualifying in tenth place before carnage on the first lap dropped him down to 18th place. However, he fought back bringing his car home in ninth.

It was Senna’s first World Championship points and Boullier hopes also not the last ones he’ll score this season.

“He is doing well and steadily progressing, so it is the best way I could have dreamed, to be honest,” Boullier told Autosport.

“He didn’t race since last year, and he doesn’t have great experience: starting in Spa with rainy conditions and here is not the easiest track to race in F1.

“On the first lap he was 18th, so his consistency was good enough, not perfect, but good enough. And clearly he pushed at the right time. Thestrategy was not bad and we had some help with some retirements.

“But it is good for him, for his confidence; for the team and it also shows that the latest upgrades we had on the car are definitely working.”

Pressed as to what he requires from Senna in the remaining six grands prix, Boullier said he wants to see continued progress and the Brazilian challenging his more experienced team-mate Vitaly Petrov.

“He still has a lot of potential because you could feel during the weekend that what he is doing or what he is saying, is definitely fitting well. He wants to do well. I expect him to challenge Vitaly.”

But whether he will be handed a 2012 race-seat if he achieves Boullier’s goals, the team boss isn’t saying. “It is too early. One problem at a time.”