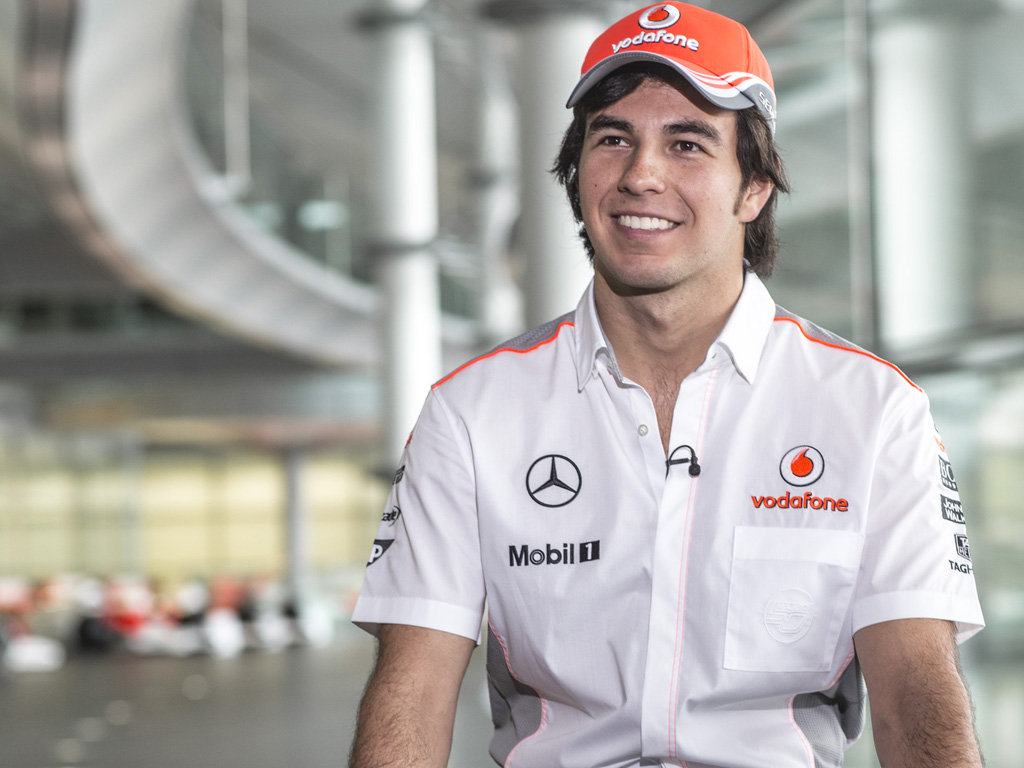 Sauber’s decision to opt for a young, exciting driver line-up for 2011 meant Perez fitted right into their plans as he was barely out of his teens.

Despite his young age, Mexican Perez has been competing in Europe since 2005 which included stints in Formula BMW, A1 Grand Prix, Formula Three and the GP2 Series.

His biggest success in motorsport to date is his second-place finish behind former Williams driver Pastor Maldonado during the 2010 GP2 Series. All in all, he won five races and claimed one pole position.

It was performances for Barwa Addax in the 2010 GP2 Series that caught the eye of Sauber and when the Hinwil team decided to go for a young partnership instead of the one veteran-one rookie line-up that most teams prefer, Perez and Kamui Kobayashi fitted the bill.

“He demonstrated his fighting spirit in races over the course of last season and proved that he’s ready to take the step up into Formula 1,” team boss Peter Sauber said.

He didn’t take long to make his mark at the highest level in the sport, but sadly for Perez his efforts at the season-opening Australian GP were in vain. He was the only driver to do a one-stopper and it helped him to finish seventh in his maiden race, but both Sauber cars were disqualified after the race for infringing technical regulations.

Perez failed to match that performance in the next three races, but he finally claimed his first points in F1 in Spain when he finished in ninth place.

Misfortune then struck the rookie during qualifying in Monaco as he lost control of his car and crashed into the barriers side-on. He ‘escaped’ with a concussion and a bruised thigh, but was forced to sit out the race. He returned to practice in Canada a fortnight later but didn’t feel well and the team decided to replace him with Pedro de la Rosa for the race.

He finally returned to full fitness for the European Grand Prix at Valencia and narrowly missed out on points as he finished 11th after once again opting for a one-stop strategy.

In Britain, Perez claimed a career-best seventh-place as he finished ahead of the likes of Michael Schumacher, Adrian Sutil and Nick Heidfeld. After his impressive start to life in F1, Sauber confirmed before the Hungarian GP that Perez and Kobayashi would continue as their driver pairing for the 2012 season.

On the track, Sauber suffered a slump and the Mexican had to wait until the Singapore GP to get back in the points with a P10 and then followed it up with an eight-place finish in Japan. He took his points tally to 14 with another P10 in India to finish his debut season in 15th place in the Drivers’ Championship.

Many pundits are tipping him for bigger things and he has been linked with Ferrari on several occasions. He took part in a one-off test with the Ferrari Driver Academy programme in September and some dubbed it as an “audition” for Felipe Massa’s race seat in 2013, but both Sauber and the Maranello squad were quick to dismiss the reports.

Sticking with Sauber for 2012, Perez put his C31 to good use racing to the podium in Malaysia, Canada and Italy. It was an impressive showing from the youngster who not only made the most of the C31’s high-speed cornering but also proved to be very conservative with his Pirelli tyres.

His performances resulted in rumours that he would be heading to Ferrari but while the Scuderia were saying he was too inexperienced, McLaren snapped him up as Lewis Hamilton’s replacement for 2013.

Entering the big leagues Perez will have his first shot at a Championship fight. But with the spotlight comes the pressure…