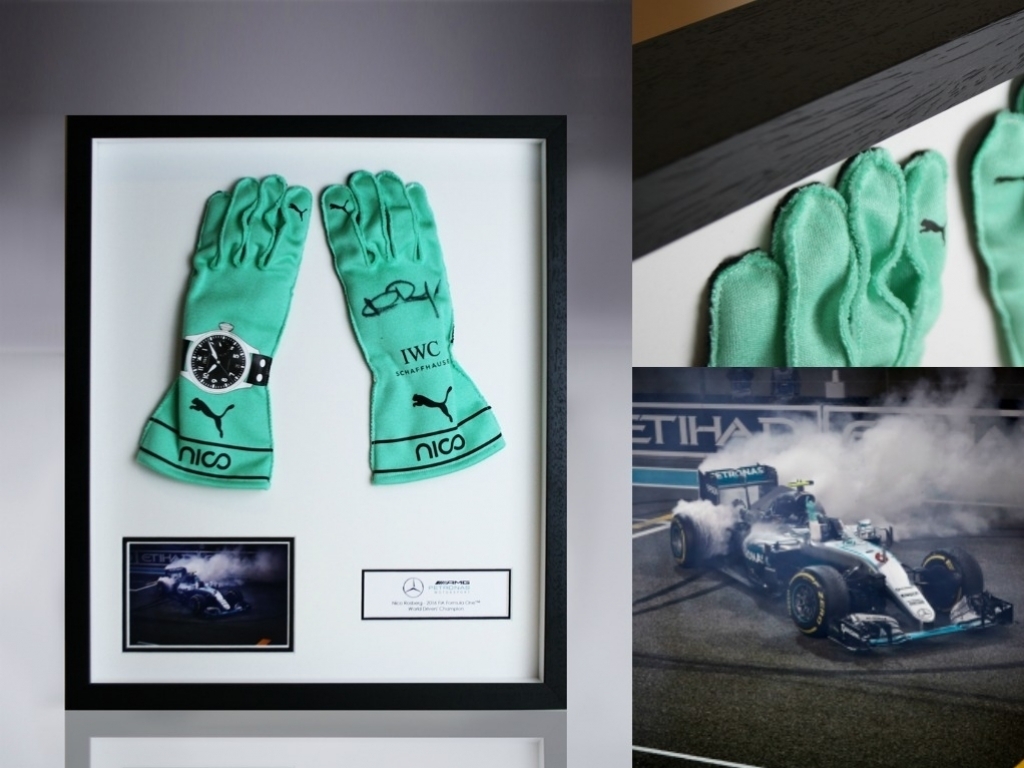 These iconic Petronas green gloves are the genuine gloves which were made bespoke by PUMA for MERCEDES AMG PETRONAS Formula One™ Team driver Nico Rosberg – World Champion in the 2016 FIA F1™ World Drivers’ Championship!

This pair of gloves was part of Rosberg’s official reserve racewear, which was unworn and has been released by the team for fans to own!

One glove in each pair is personally signed by Nico Rosberg and each pair is professionally framed together with an official image of Nico celebrating by doing donuts at the 2016 Abu Dhabi GP and the team logo plaque.

Only 20 pairs are available and you can get yours in the PlanetF1 shop!