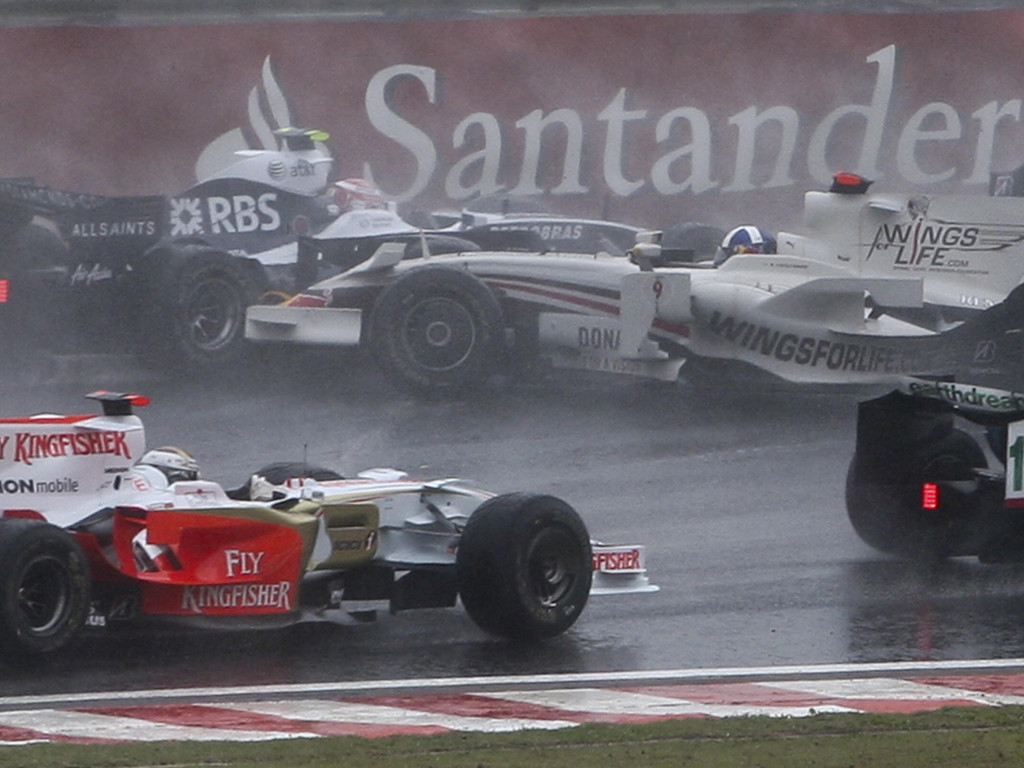 Formula 1 could be in for a bit of rain at the Brazilian Grand Prix with low temperatures and showers throughout the weekend.

It is not unusual for the rain to fall during the Brazilian Grand Prix weekend with a downpour even playing a role in the outcome of the 2008 championship battle.

And they could do so again this weekend.

Nico Rosberg heads to Brazil 19 points ahead of Lewis Hamilton and will be hoping for an uncomplicated weekend.

However, UBIMET is forecasting just that.

“On Friday, the chances for a shower or thunderstorm will still be present over the city, until a southerly change in the wind will bring cooler air to Sao Paulo later during the day,” UBIMET reports. “The temperature will range between 23 to 25 degrees Celsius.

“Saturday will see relatively cool and cloudy conditions with a moderate chance for showers. The highs will reach 21 to 23 degrees Celsius. The southeasterly wind will be breezy at times, especially in the afternoon.

“Sunday will bring temperatures between 20 and 22 degrees Celsius and mostly cloudy conditions. Again, showers cannot be excluded with further forecast details to be provided on a daily basis.”