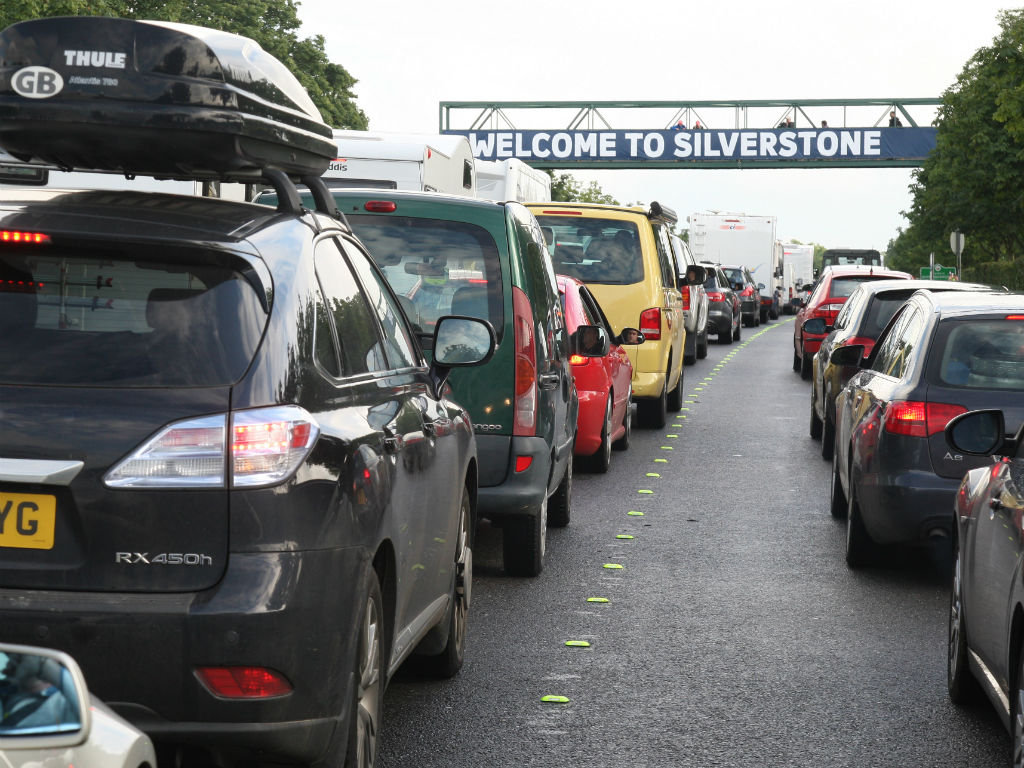 In an effort to learn from the mistakes that hindered the 2012 British GP, Silverstone has made additional investments in its infrastructure…

In an effort to learn from the mistakes that blighted the weekend of many fans at the 2012 British Grand Prix, Silverstone has made additional investments in its infrastructure.

Bad weather in the build-up to the event in July saw campsites and grass parking areas turn into mud baths on the Friday before the race and led to organisers to advise roughly 10,000 fans to stay away from the circuit for Saturday’s qualifying so that the waterlogged areas could be repaired.

Many fans were also caught in long traffic jams as they made their way to the circuit.

As a result, investments will be made to improve the campsites, car parks and expand the park and ride system.

“For more than ten years now, fans have had little or no issue getting in and out of the circuit for the British Grand Prix, so it’s important to keep the problems of this year in perspective,” explained Silverstone Circuits managing director Richard Phillips.

“That said, the traffic issues on the Friday of this year’s event, and having to ask a number of fans to stay away on the Saturday, were far from ideal. We have learned from this year’s experience and are taking steps to ensure we’re better equipped to deal with whatever the weather may throw at us in future.

“In 2001 approximately 18,000 fans attended on the Friday of the Grand Prix, which was relatively easy to manage. However, our three-day ticket and entertainment package has become more and more popular and we are now seeing attendance figures exceed 80,000 on a Friday. We have been able to accommodate these numbers in the past, but this year’s torrential weather, waterlogged campsites and saturated car parks created a ‘perfect storm’ of unforeseeable issues, to which we were having to react throughout a difficult and challenging day.

“Ironically, prior to this year’s Grand Prix we had identified the need, and had been working on plans, to start reducing the number of people driving to the event. It will take time to change the mind-set of fans, but we need to ensure that public transport is available as a comfortable and reliable option. ‘Park and Ride’ has been a popular transport option and has worked well; this is one of the areas we will be building on for 2013.

“More land will be allocated to get campers off the roads and into holding areas, while plots are assigned,” added Phillips.

“The weather conditions caused delays in getting campers onto the site this year, which compounded traffic issues on the Dadford Road. Larger holding areas will enable us to get campers off the road and keep traffic flowing.

“One of the main problems on the Friday of this year’s event was privately-owned campsites having to close, without notice, on safety grounds. This resulted in bottlenecks as campers, being turned away, joined the traffic system with nowhere to go. For 2013 we will be looking to introduce a communication network with other campsite operators, to improve the flow of information about capacities, availability and access.

“We are confident that we won’t see a repeat of the events of this year. Tickets for next year’s British Grand Prix are selling reasonably well and we’re already looking forward to what will be a fantastic three days of world class F1 action and entertainment.”