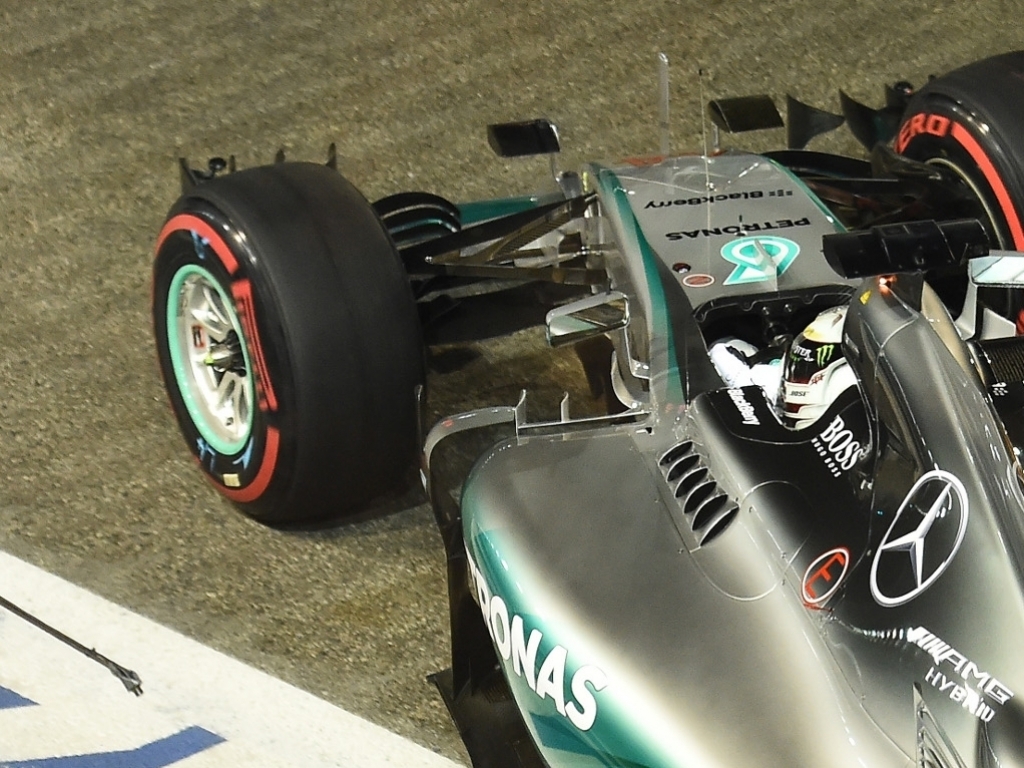 Instead he made them for his failure to do so.

On Saturday he missed out on an eighth successive pole position by a massive 1.4s while on Sunday his bid for a 41st career win was halted by a loss of power.

As for his team-mate, Nico Rosberg salvaged some points for the Woking team with his P4 but never once appeared to have the pace to challenge for the podium.

Wolff, though, says Mercedes do not need to sound the alarm and will be back on the pace at Suzuka.

Asked if Mercedes had a grasp on what went wrong under the lights, Wolff responded: "No, but we also need to stay calm because it's a very specific circuit.

"The tyre operates differently to many different circuits. We have Suzuka in one week, the car is the same, we haven't lost performance on the car and we just need a methodical approach.

"It's the tyre. We've spoken to the drivers and the degradation is just massive – unexplainable for us."

The Austrian did concede that race winners Ferrari, who achieved their first double podium of the season, had upped their game but insisted that had not gone hand-in-hand with Mercedes' demise.

"We have already seen that in Monza and when they brought their new engine they clearly made a step forward. They continue to develop the car, but we shouldn't fall into depression.

"Remember Spa where they had a difficult weekend and the car wasn't good enough for the podium. We just need to stay focused and aware that we are having a very solid team, solid car and a solid engine."

And although Sebastian Vettel's victory coupled with Hamilton's DNF means the gap between first and third is now down to 49 points, Wolff says that is just "a bit of a slap and it will make us appreciate victories even more than in the past."