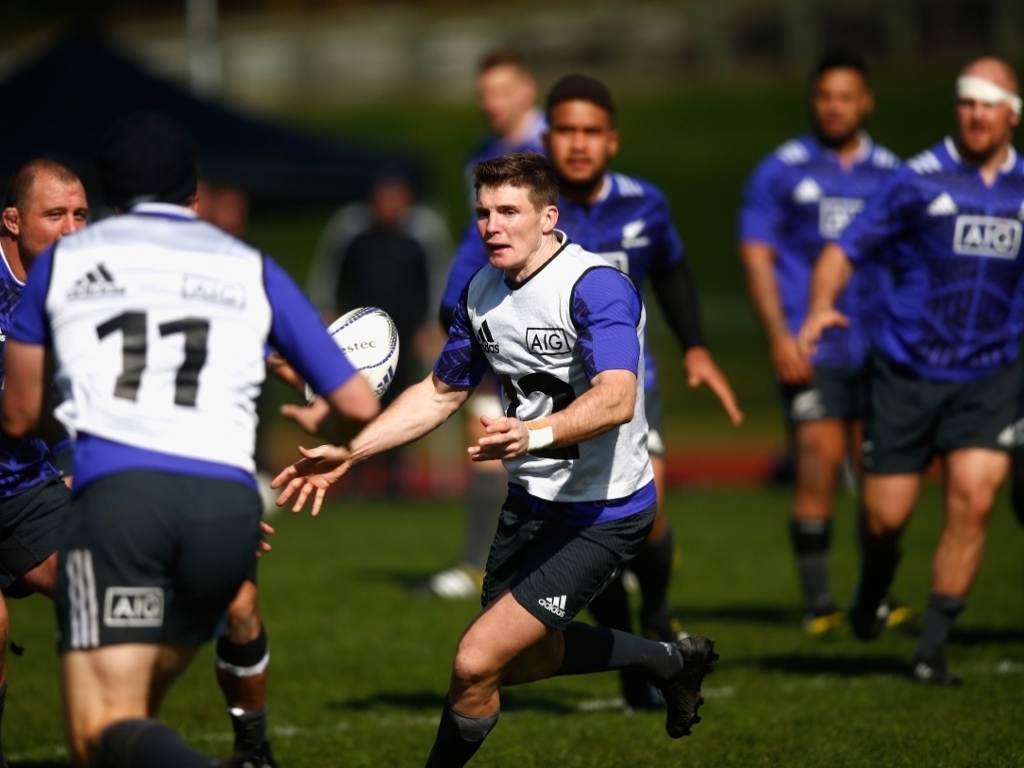 The All Blacks coaching staff were given a fright when fly-half Colin Slade went down with an injury at training in Wellington on Monday.

There were some worried looks on faces in the world champions' camp but it was soon discovered that it was a minor knee complaint. Slade received some medical attention and is expected to make a full recovery within days.

"He slipped over during training and landed awkwardly on his knee and gave it a bit of a tweak," All Blacks assistant coach Ian Foster told Fairfax Media.

"He was walking around the shed afterwards. He's fine."

Centre Sonny Bill Williams didn't train due to illness, and stayed at the team hotel, but there was positive news for prop Charlie Faumuina, who could be released to play for Auckland this weekend to rebuild his fitness after his neck surgery.

Foster dismissed the notion that they had to tone down training sessions to avoid injuries.

"No, we're preparing for a Rugby World Cup," he added.

"It's a contact sport and we've got to make sure we're battle hardened and ready to go. Everyone seems to be panicking every time someone doesn't train."

There was plenty of interest in Naholo's recovery from a broken leg. The flyer was jogging at the training session and is on track to return to action when the All Blacks face Georgia in their third match at the World Cup.

"I know there's been lots of talk about Waisake but when he got injured we got told by our medical team it was a 12 week injury conservatively," explained Foster.

"When we reviewed him last week he's on track for that timeline.

"All along this was the week he commenced running and did some weight bearing. It will be very slow. There's no need to rush that because it's the type of injury you can build up and accelerate quickly at the end of the recovery.

"I know talking about miracles sells papers but at the end of the day the timeline that we were given is pretty well spot on to what we see right now.

"We're not belittling anything culturally but we do trust our medical team explicitly and the information we've been given has been backed up by X-rays."