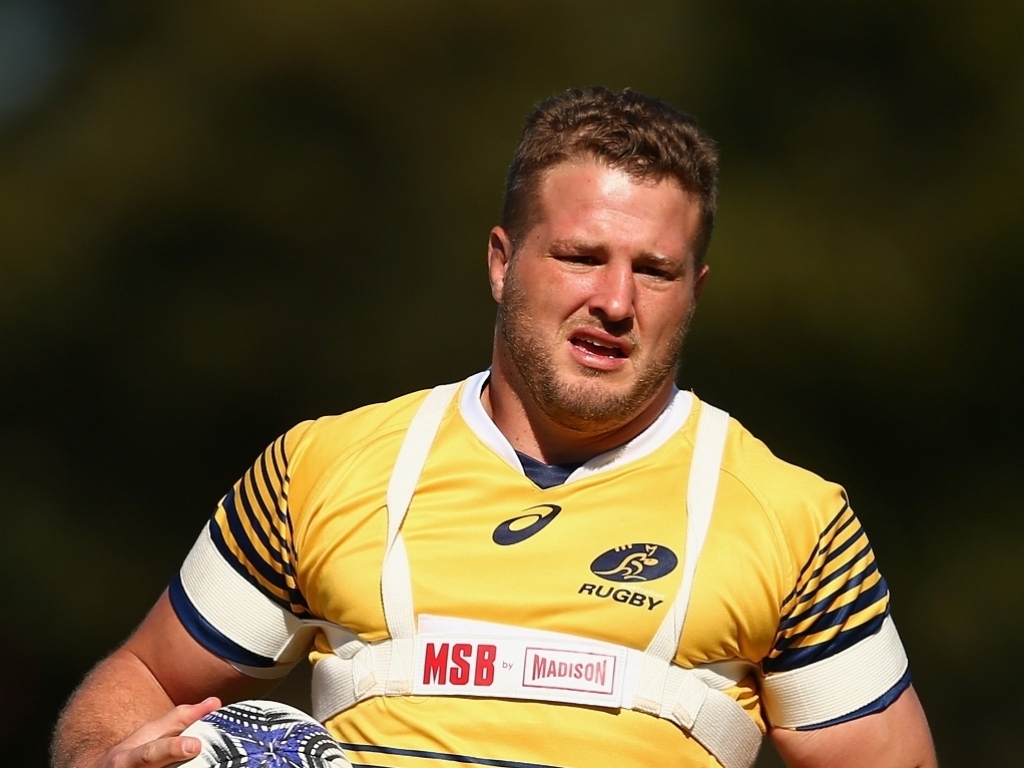 Loosehead prop James Slipper will become the 83rd player to captain the Wallabies in a Test in Saturday’s historic clash with the USA Eagles at Soldier Field, Chicago.

Debuting for the Wallabies in 2010, Slipper will lead his country in his 68th Test, making the 26-year-old the first prop to captain the Wallabies since part-time front rower John Thornett, MBE during the 1966–67 tour of Britain, Ireland and France.

Slipper will take over the reins from Stephen Moore who has been rested alongside several Wallabies players including vice-captains Michael Hooper and Adam Ashley-Cooper.

“I am extremely humbled to be given this opportunity to captain the team on Saturday night at Soldier Field," said Slipper.

"There is no greater honour for a player than to lead his country and I am excited to be able to do it with this incredible group of players.

“Stephen (Moore) has done a fantastic job in bringing this group together, and I will do my best to honour him and my country when we take on the Eagles, who were very impressive against Harlequins over the weekend.

“We’ve always looked at things this season as a collective, with players being able to step up at different stages. That also applies to leadership, and we have a lot of solid leaders in the squad, which is essential in a year like this one.

“This Saturday is a really important match for us as a group, especially with a couple of boys making their debuts. We want to put in a performance that shows how hard we’ve been working over the past few months before we head over to the UK.”

Ben McCalman will step into a leadership role with the Wallabies for the first time, named vice-captain in the number six jersey along with 95-Test veteran Matt Giteau who will start at inside centre.

Both players are returning to the starting line-up against USA alongside Joe Tomane, Tatafu Polota-Nau, Kurtley Beale, Kane Douglas and Sean McMahon who are each starting their first Test match of the 2015 international season.

“James led well at Queensland this season, and is an important leader in our squad," said Wallabies head coach Michael Cheika.

"This Test match against the USA will give him the honour of captaining his country and the opportunity to lead from the front.

“We are working hard to develop our leaders and James along with Matt Giteau and Ben McCalman, who lead by example both on and off the field, will make up a strong leadership team."

Not only will the USA Eagles fixture be the first between both nations on US soil in almost 40 years, it will also potentially be the first Test for Melbourne Rebels prop Toby Smith and Waratahs wing Taqele Naiyaravoro, after both were named on the reserves bench.

“Toby is an extremely humble guy, and a very popular member of the group,” added Cheika.

“He’s been training exceptionally well throughout our 2015 international campaign, and that along with his form during Super Rugby has earned him the right to become a Wallaby.

“Taqele is another player who has shown some good form in Super Rugby this season and has great potential. We’ve been watching with great interest during his World XV and Barbarians matches.

“Both players are desperate to represent Australia and we are looking forward to seeing them take their opportunity in Chicago.”

The Wallabies will return to camp in South Bend at the University of Notre Dame following the Chicago Test, before departing for their third and final camp in Bath in England before beginning their quest to become world champions.