Home Uncategorized Smiling Grosjean: It is all good 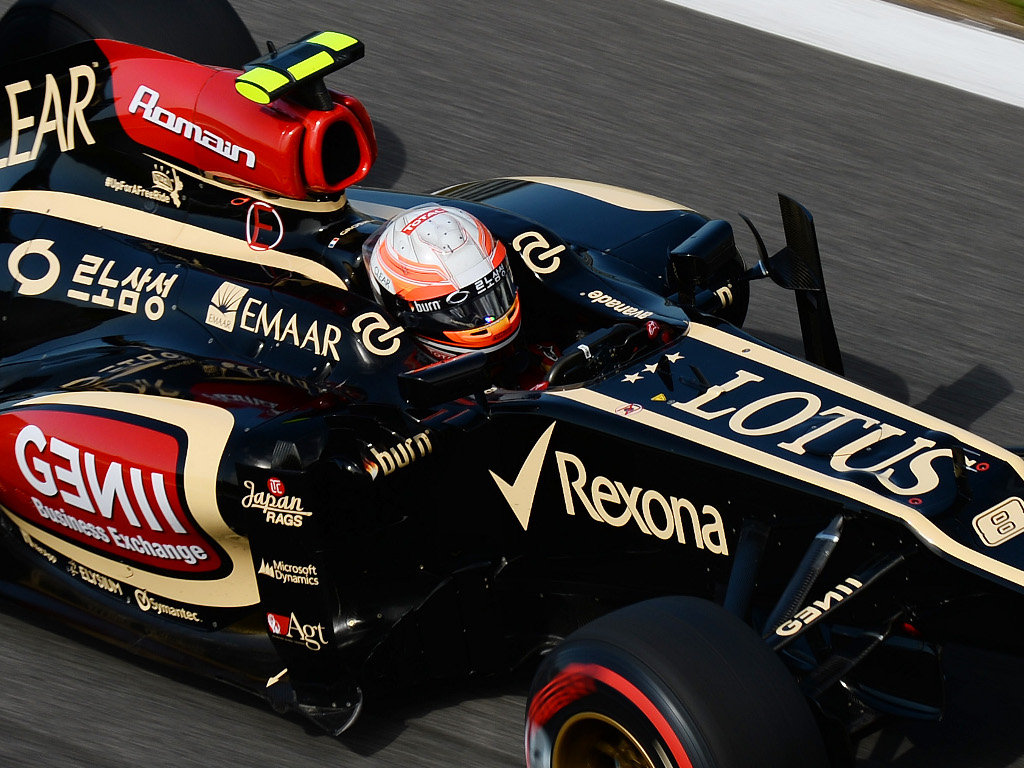 Romain Grosjean once again proved that he is ready to take a leading role at Lotus next year as he claimed his third podium of the year in Japan.

Starting P3 on the grid, the Frenchman appeared to be on course for second place, but he was overtaken by his team-mate Kimi Raikkonen with just under 20 laps to go.

Although he tried to fight back, he couldn’t quite manage to pull it off as he was having an issue with his E21.

He finished safely in third and was given a strange message as he crossed the finish line with his engineer telling him: “We’ll talk about this in the office afterwards but for now big ******* smile on the podium, big ******* smile.”

Grosjean did as he was told and he was pretty happy with his display at the Yeongam circuit.

“It was pretty good fun, we had a good start, it was hard but it was good to be very close to the Red Bull, it didn’t get too far away,” he said.

“I made a small mistake and Kimi overtook me but it was my mistake. But we are back on the podium so it is all good.”

Team principal Eric Boullier, who told Grosjean to “keep racing like it is”, felt it was part of the learning process for the Frenchman.

“Romain gets frustrated obviously because he did a small mistake on the restart after the Safety car and Kimi just past him.” he said.

He added: “I think he could have been quicker but he was a little upset and he lost concentration so it’s just part of his learning curve.”