Home Uncategorized So Ricciardo can do boring after all… 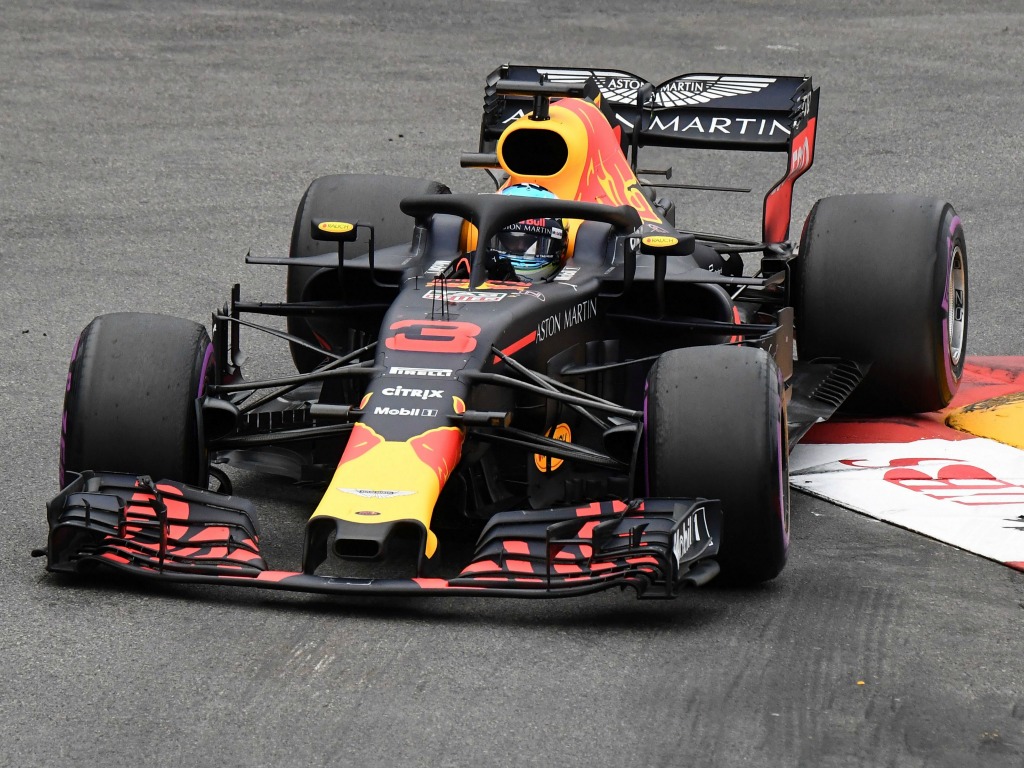 From a walk in the park to gut-wrenching, Ricciardo had to work mighty hard to nurse his poorly RB14 for a second victory of the season.

It’s his first win from starting inside the top six. He can do boring after all!

Here’s how the afternoon unfolded…

The Monaco Grand Prix always brings out the celebrities, with the glitz and glamour of the principality. 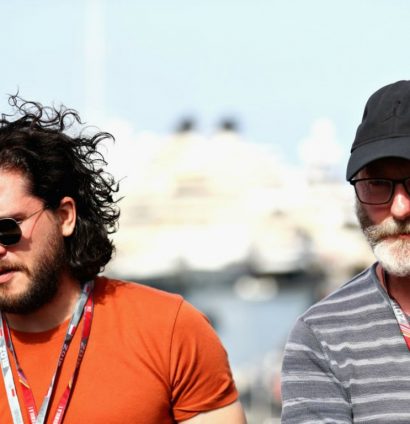 From Game of Thrones to the Kardashians, the big names were out in force for the sixth race of the season. 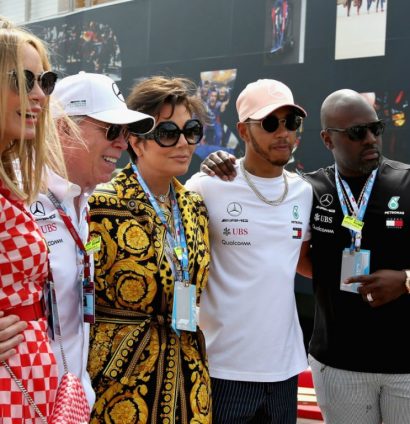 Elsewhere, Tom Brady and Bella Hadid met up with the Red Bull boys… 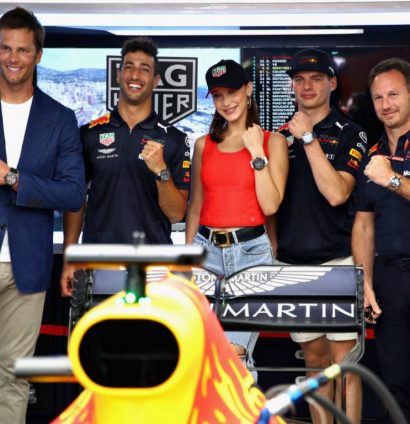 After securing pole with a new track record yesterday, this guy was catching passes from the five-time Super Bowl winning quarterback, Tom Brady. Either that, or posing for the new series of Love Island. 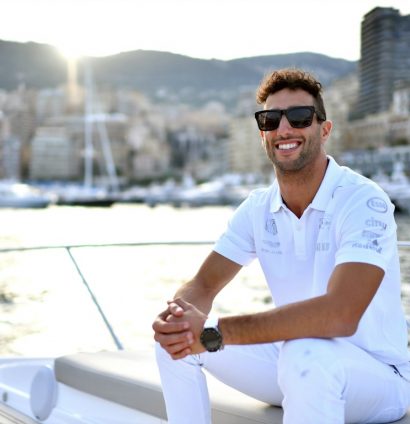 Meanwhile, Charles Leclerc was preparing for his first home race in Formula 1, with the Monegasque driver having made it into Q2 for the third consecutive race. 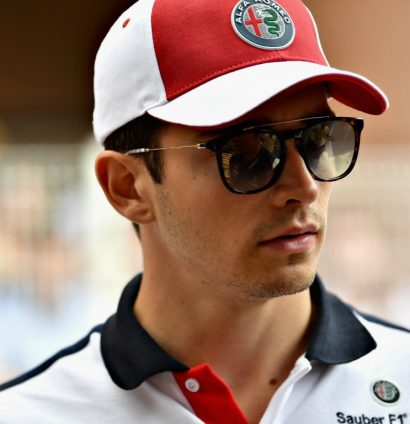 The Monaco Grand Prix also saw the return of ‘grid girls’, along with ‘grid boys’. 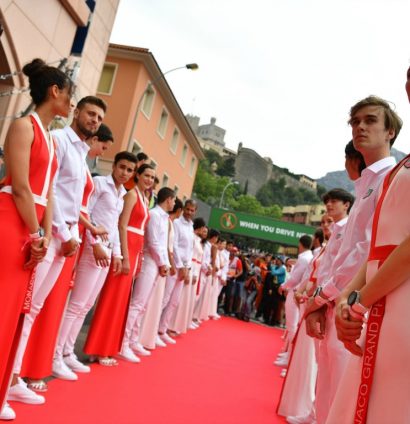 The weather looked indifferent for the race as well.. There was rain in the hours before the race, but would it appear during the 78 laps?

It started badly for Sergey Sirotkin, who received a ten-second stop-go penalty as his car did not have tyres fitted before the three-minute signal.

However, there was no other drama at the front, with Daniel Ricciardo leading away from the grid. 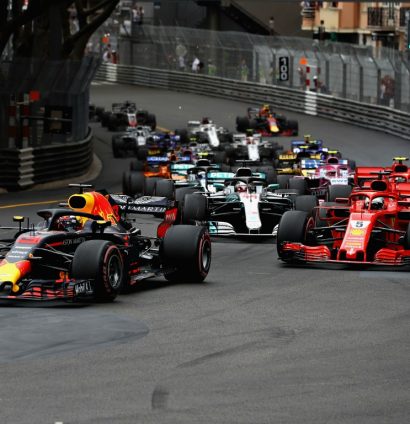 Lance Stroll had contact, and had to come in early with a left front puncture. The Canadian dropped to the back of the field and immediately became a lap down.

With fifty laps to go, Daniel Ricciardo had engine issues, with his Renault engine losing power…

Red Bull praying their polesitter can hold on, and it's a LONG way to go… 🙏#MonacoGP 🇲🇨 #F1 pic.twitter.com/TNXYA9wkMJ

Stroll became the first man to stop for a second time, on Lap 37. You get the feeling the Williams social media team saw this coming with their choice of gif..?

We're over half distance in this race and it's not been the afternoon we were working towards. Sergey P19 and Lance P20 #MonacoGP #F1 pic.twitter.com/T8GCYg37cX

Max Verstappen finally pitted on Lap 47, dropping from P9 to P11, having started from the back of the grid. However, it was Nico Hulkenberg who went the longest into the race before going into the pits. He got his Renault to Lap 50, before coming out in P10, behind his team-mate.

At the two-thirds stage, the top five were separated by just 5.8 seconds, with Ricciardo nursing his car around the principality with those issues. 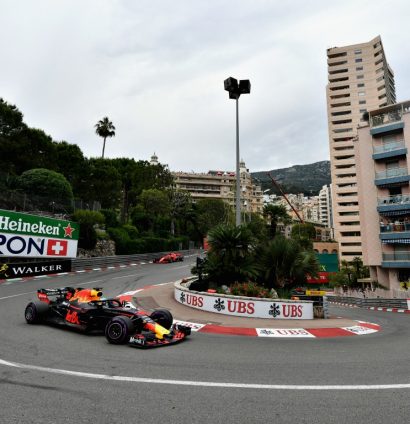 Another man with issues was Fernando Alonso, who became the first driver to retire from the Monaco Grand Prix, one year after missing it to participate in the Indy 500.

Fernando parks at Sainte Devote. He's been managing an issue for several laps but ultimately it proved terminal. #MonacoGP pic.twitter.com/62Ku8AJSUB

All the way through the race, the graphics system was having faults, and the Mercedes team were quick to pick up on it at one point…

Was it just us… or did we see the LASTNAME brothers were back!?!#MonacoGP 🇲🇨 #F1

Going into the last 10 laps, and Pierre Gasly was holding back Nico Hulkenberg and Max Verstappen, with the Honda twitter feed showing the Frenchman how to defend.

There was a big incident in the latter stages, as Charles Leclerc’s brakes failed, and went into the back of Brendon Hartley.

Home hero Leclerc slams into the back of Hartley, and both are out!

But, back out in front, Ricciardo held his nerve and ultimately got payback for the 2016 Monaco race where a botched pit stop cost him victory.