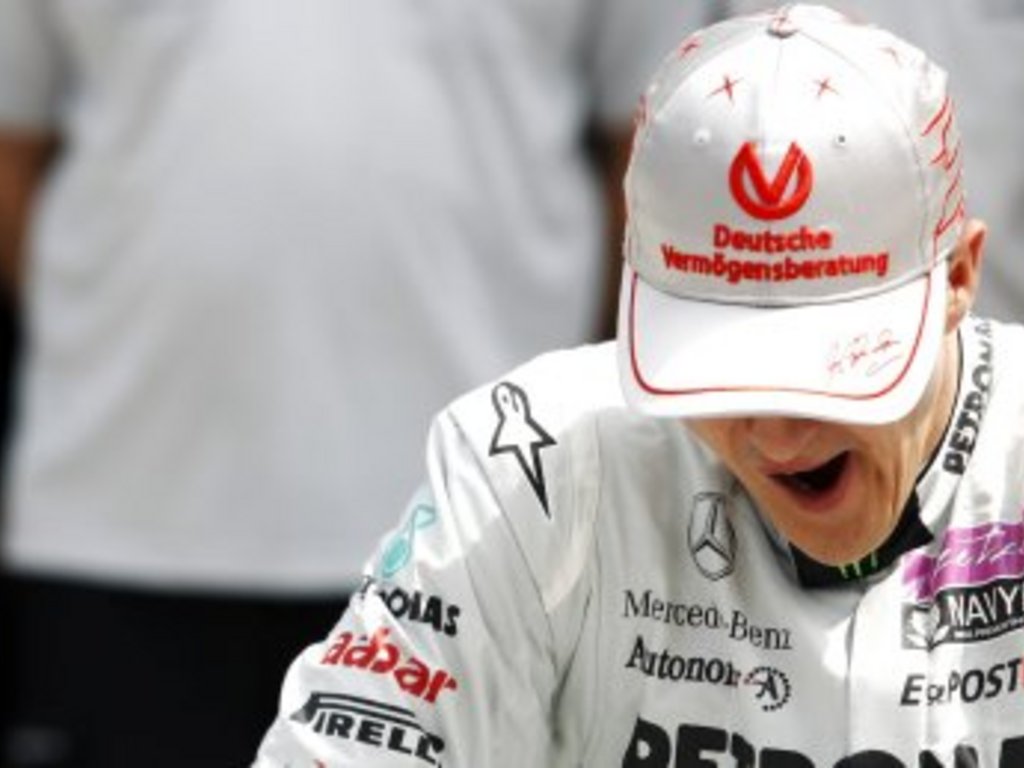 We’re anticipating some big joy at the Circuit de Catalunya. A bounce-back for Schumi and for once, a race that isn’t a motorised siesta

The Spanish Grand Prix is going to be the one that really tests out the theory that F1’s new set of rules can create interesting races – wherever.

Traditionally it’s the Siesta GP. Watch the opening lap, then open a bottle of Rioja, go out for tapas, see a few friends, come back an hour and a half later and it’s still the same order that it was on Lap 1.

There are the occasional highlights that centre around people making a mistake into the first corner, or Michael’s car catching on fire, but rarely do they involve the ‘O’ word. Overtaking.

Last race the combination of tyre wear, DRS and KERS contrived to produce some epic battles. But making the Turkish GP interesting is like trying to make Penelope Cruz look sexy. You don’t have to try too hard. Think of the Circuit de Catalunya as Norah Batty (and so many people do) and it’s a whole lot harder.

Home boy Fernando Alonso picked exactly the right time to come into some form for Ferrari to guarantee the now-familiar bumper home audience. And what a difference to the last race that will be. And, of course, an irony too, given that Turkey is so spectacular and attracts no-one.

Fernando also hit form at exactly the right time to save Stefano Domenicali’s job. Luca Montezemolo doesn’t suffer a lack of success for very long – especially when it happened at the beginning of the previous season, and the season before that.

One of the developments of the opening few races has been that wherever the FIA say they are going to position the start of the Drag Reduction System before the GP weekend, they will change some time between Thursday and Saturday morning. Let’s just predict it will be on the start/finish straight – the longer, the better.

More significant is the FIA’s change of stance on throttle mapping.

The sport’s governing body have decided that cars can no longer use exhaust gases to give them downforce through their blown diffusers in corners when the throttles aren’t being used to power the car. Those crafty schmuck teams have been wasting energy by using the exhaust simply to give the blown diffuser something to do. This complex throttle mapping was going to be banned in Spain, but has had a last minute reprieve while the FIA work out all the loopholes.

McLaren have already come out and said that it will affect them but they’re probably secretly hoping it will affect Red Bull even more. The Woking boys are bringing up to 12 different upgrades to Spain, some of which made them particularly fast in Friday practice in Istanbul, but weren’t tested and approved for a race distance. Changing tyres without hiccups will help.

Having seen Mercedes outqualify them, and Ferrari our-race them in Turkey they’ll want to be a lot closer to the Red Bulls this time round. How close anyone can get to Red Bull remains to be seen, Barcelona is a circuit that should suit the aerodynamically superior RB package and only some rain in Spain is likely to stop them notching up another win.

Pirelli have said they are going to bring more durable hard tyres for Spain, though to everyone’s relief, their idea of a durable tyre is one that lasts 20 laps instead of 15, unlike Bridgestone’s definition which was a tyre that would last a couple of seasons…minimum… and that was the Option.

What the Italian rubber maestros are trying to do is put a bigger gap in between the hard and the soft tyre, so that teams will mix up the strategies instead of everyone adopting what looks like the clear winner. The pitlane entry is more convoluted in Barcelona, so four stops may be unlikely, but three are definitely on the cards.

All eyes will be on two Germans at the weekend – Michael Schumacher, to see if the slump he experienced in Turkey continues and Adrian Sutil to see if he punches someone. Reports of a fracas in a nightclub are reminiscent of the old Kimi Raikkonen days when F1 drivers actually misbehaved.

Michael Schumacher saves his misbehaviour for untimely shoves at other cars, judging by what he tried to do toVitaly Petrov in Turkey. After qualifying over a second slower than his team-mate and been forcibly reminded to use his ‘magic paddle’ there are some suggesting that on Sunday afternoons he should be having a post-lunch nap rather than driving high-powered machinery.

We’re certain that ‘Big Joy’ will return.
Wherever she’s been, she’ll be back comforting Michael in the motor home, giving him a post-race rub-down with a rolled up copy of Der Spiegel. Just the way he likes it.

So far this year we’ve had the big joy of three out of four interesting races. Barcelona, unlike its football team, has the reputation of being boring. If the new rules package can produce an interesting race at the Circuit de Catalunya, then we’re going to be guaranteed big joy all season long. What was Bernie saying about artificial sprinklers…?