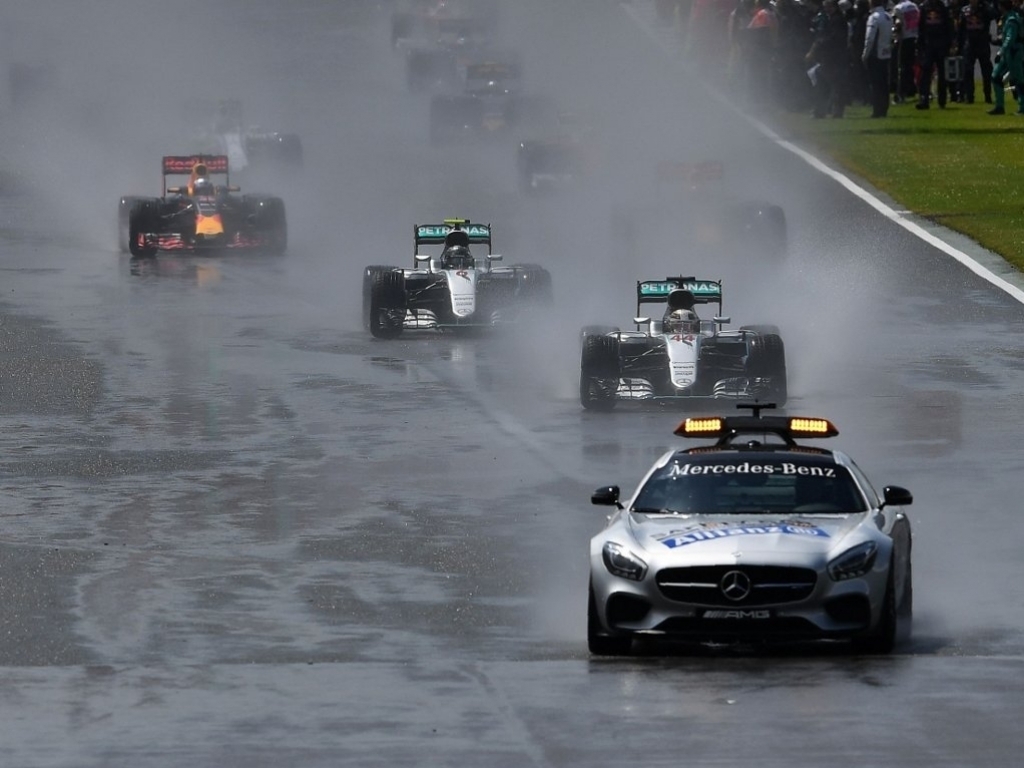 Formula 1’s Strategy Group has agreed to standing starts in the wet, but will only implement that next season.

Formula 1 came in for some criticism from spectators and drivers alike when the British GP began behind a Safety Car.

When the Safety Car finally pitted, the majority of the field pitted immediately to swap their wet Pirellis for intermediates.

Although the details have not been finalised, reports suggest that the drivers will put in a few laps behind the Safety Car but when the conditions improve, they will then line up on the grid for a standing start.

The exact rule has yet to be set in a stone, after which it will have to be ratified by the F1 Commission and the World Motor Sport Council.