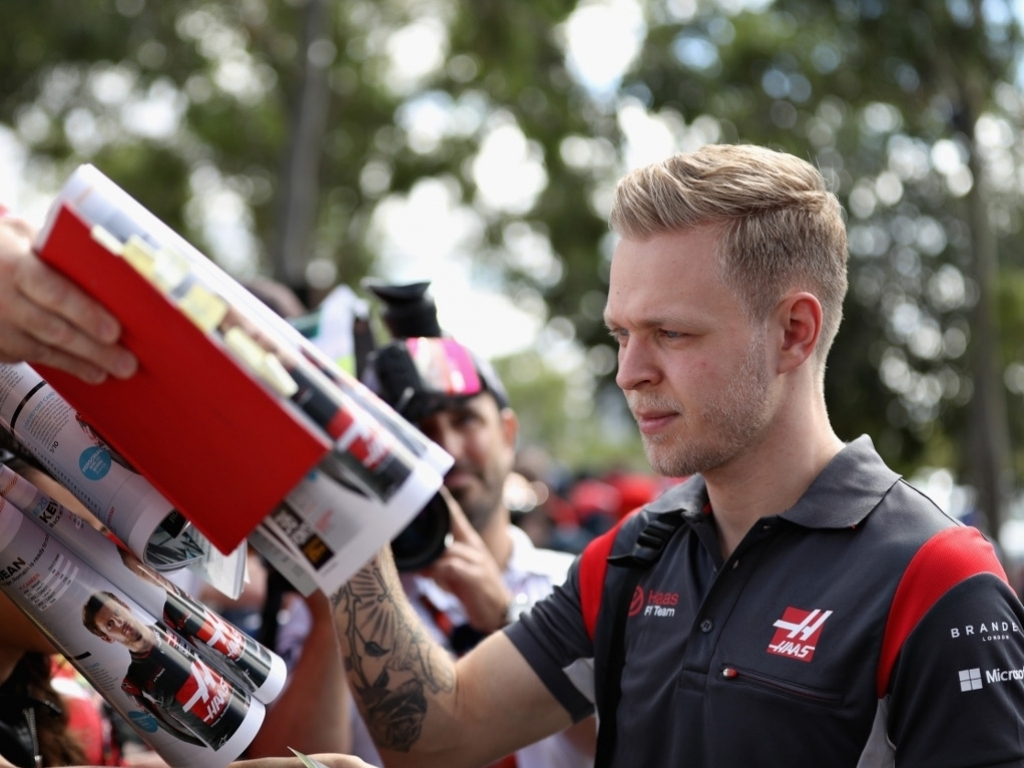 Haas team principal Guenther Steiner does not agree with the criticism that Kevin Magnussen has a poor work ethic.

Renault Sport F1 boss Cyril Abiteboul has previously questioned Magnussen's effort when the Dane was with the Enstone-based team, but Steiner is happy with the level of commitment he shows.

"I don’t know where that comes from because that is not what I experience," Steiner told Motorsport.com.

"Kevin now has got a trainer with him, a very good guy which helps him in all aspects of life.

"I haven’t known the Kevin from three years ago, therefore I could not say, but I have never seen that he’s lacking effort or anything."

Steiner revealed that Magnussen is "different", but he will not be trying to influence how he behaves.

He added: "He is different, as a personality he’s more of an introvert but I don’t want to change people’s personalities.

"That’s his personality. He does his job. Is he the guy that is outgoing? No. But that’s fine.

"As long as he does his work and he’s very positive to the team and his feedback is good."