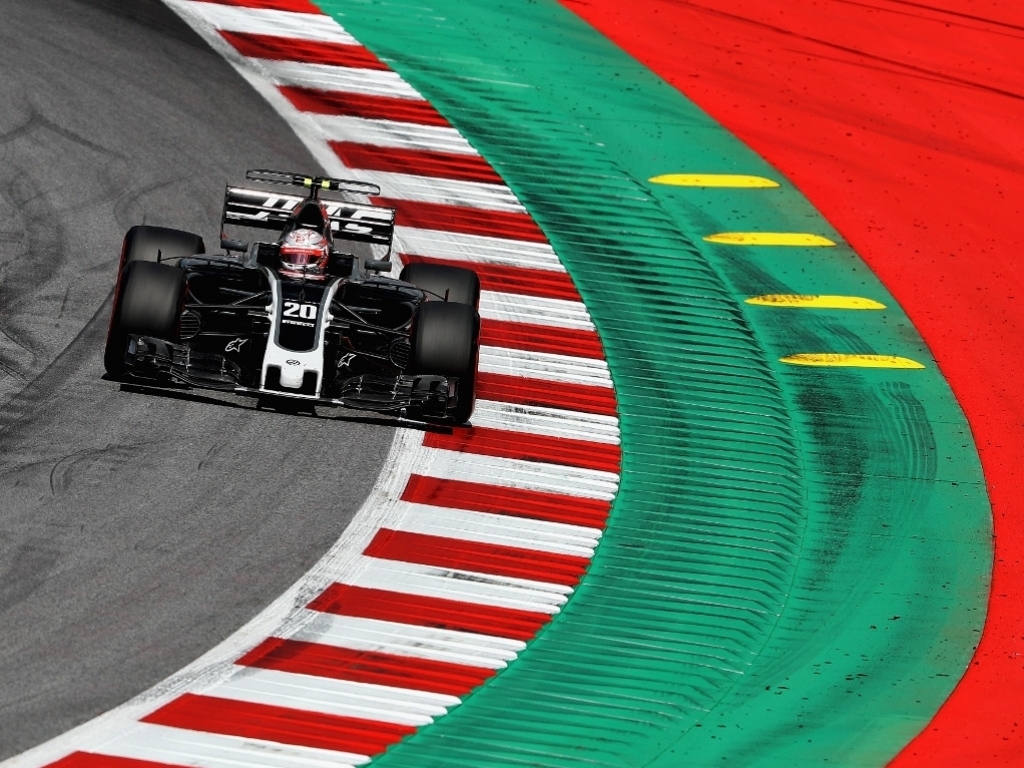 Kevin Magnussen lost out on a possible points-paying finish in Austria because of a freak hydraulic issue; according to Guenther Steiner.

Magnusssen was closing in on Lance Stroll for the final points-paying position at the Red Bull Ring when his Haas’ hydraulics failed.

According to Steiner, the pipe running to Magnussen’s DRS was cut as it rubbed against a washer.

“A hydraulic pipe was shaved through,” the Haas team boss explained.

“The pipe was going to the DRS system and he lost all the hydraulic fluid, so that was it.

“He lost all the hydraulics, the gearshift didn’t work and there was no oil any more.

“It looks like the pipe was touching on a washer and after a while they bump [together] and it shaved the pipe.

“It was a new installation with a new rear wing which we put on Baku, which was why it didn’t happen before. We will fix it.”

Steiner reckons without the issue Magnussen would have brought his car home inside the top ten.

“He [Magnussen] was going to finish ninth or 10th, we were right on it so it wasn’t his lucky day.

“The car was overheating early on, and if everything had been normal then we could have attacked more – but we had to let it go a little bit because this piece of Styrofoam had got caught in the cooling ducts after the first lap.”