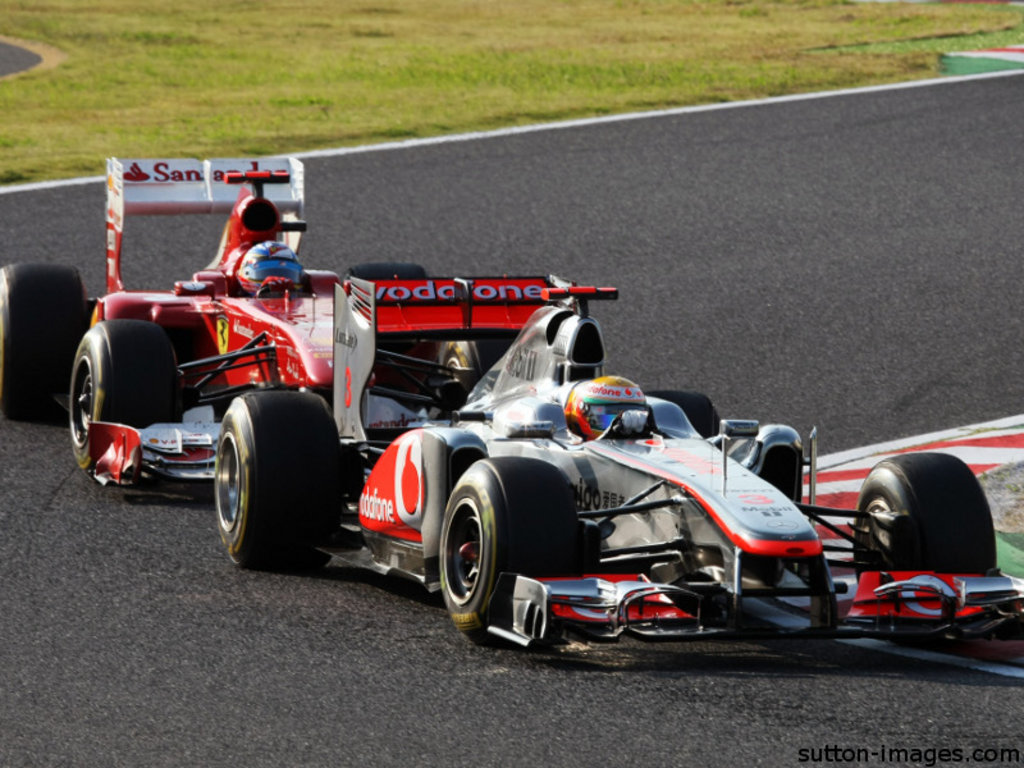 The Japanese Grand Prix race stewards have revealed that they decided not to penalise either Felipe Massa or Lewis Hamilton following their collision as the Brazilian was “attempting to overtake on the left into a right hand corner”.

The two were battling for fourth place when they made contact on Lap 22, sending some minor parts of their cars flying onto the track. Both though were able to continue and although the stewards investigated the incident they decided not to take further action.

Hamilton claimed he didn’t see the Ferrari driver pulling alongside him but Massa had a different take on the issue, saying: “I was much quicker, so I went to the left-hand side and I braked there. I stayed on my line; he moved his car and touched my car”.

The stewards’ report on the FIA website explained the decision not to punish either driver: “Having viewed the video evidence in relation to the action of the driver of car three at turn 16 and after comparing the line that Lewis Hamilton took on the previous lap, and having noted that car six Felipe Massa was attempting to overtake on the left into a right hand corner the stewards decide to take no further action.”