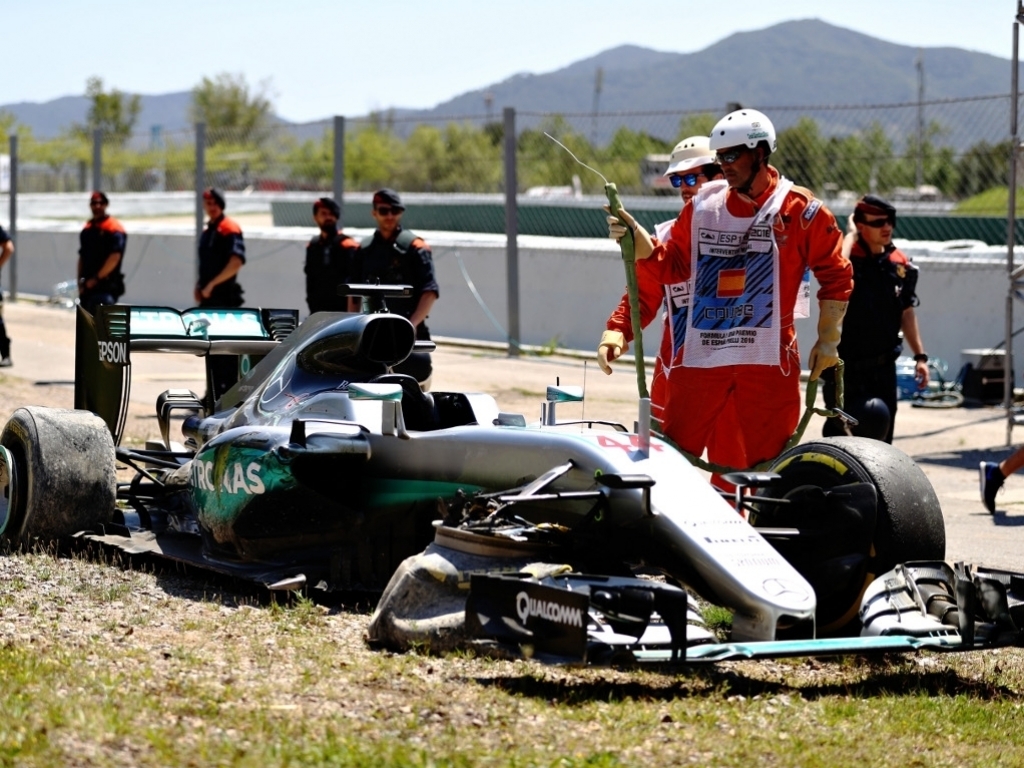 Race stewards have declared that Lewis Hamilton and Nico Rosberg’s collision at the Spanish GP was a racing incident.

The duo arrived on the Barcelona grid as the firm favourites for Sunday’s victory.

However, it all came to nought on the opening lap.

Hamilton led off the line having started from pole position but Rosberg swept by at Turn 1.

Determined to get back into the lead, Hamilton tried to slide up the inside of his team-mate but wheels on the grass and lost control of his W07.

He took out Rosberg in the process with the Mercedes pairing retiring in the gravel.

The stewards investigated the collision but ddeclared it to be a racing incident with neither driver to blame.

“The stewards have said it is a racing incident which we have to accept,” Rosberg stated.