Home Uncategorized Stewart: 2012 as good as it gets 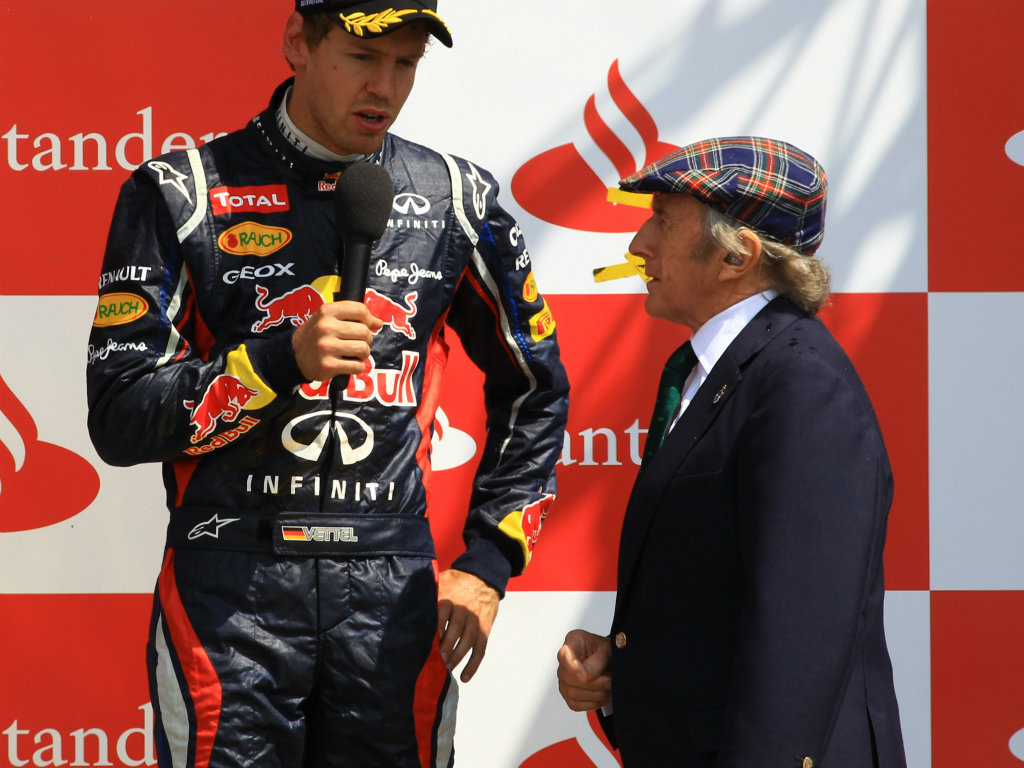 Legendary racer Sir Jackie Stewart believes that the 2012 Formula One season was ‘as good as year as we could have had’ after a dramatic finale that saw Sebastian Vettel claiming his third title.

Eight different drivers won races in a year that had six World Champions on the grid, more so than in any previous year.

In the end it was defending champion Vettel who was victorious after seeing off Ferrari’s Alonso in an action-packed Brazilian Grand Prix where the German survived a first lap shunt to win the title by three points.

“It was a great season, as they have been for the last two or three because we’ve had really top racing drivers – the best the world’s ever seen,” Steward told Sky Sports.

“I don’t think there’s been a better collection on the grid than there were maybe in the late 1960s, early 70s when there was Jim Clark, Graham Hill, Jacky Ickx, Mario Andretti, Niki Lauda, Jack Brabham, Denny Hulme and myself for example.

“There was a real battery in those days and for whatever reason that kind of disappeared for a while. For example, McLaren had Senna and Prost together but there was a little bit of a draft until Schumacher came along, and then there was a real draft of other competitive talent.

“There was a while where it just wasn’t there. This period, you’ve got Vettel and Alonso, but you’ve also got Webber, Hamilton and Button and a few other really top guys. The teams are getting closer too. So this year is as good as a year as we could have had. To go to the last race and for the last race to be as complicated as it turned out to be was a fantastic finale.”

Stewart added that either Alonso or Vettel would have made worthy champions during a season that saw both the Red Bull and Ferrari driver impress.

“The right man? It would have been either Alonso or Vettel,” the Scot mused.

“So I think for that reason it was a more exciting season because everybody thought Vettel for once hasn’t got the best car. It turned out pretty damn good in the end, but he drove the last race with a car that I don’t think many people would have been able to take round the track because of the damage, which was not so obvious, but was there.

“In fact the drier the track became the worse that car would have become in comparison to the other cars. He could compensate for the wet a little better perhaps because of his skill but I think if either Alonso or Vettel had won either of them would I think have been celebrated as being terrific for this season.”