Home Uncategorized Stewart: I would love to help Romain 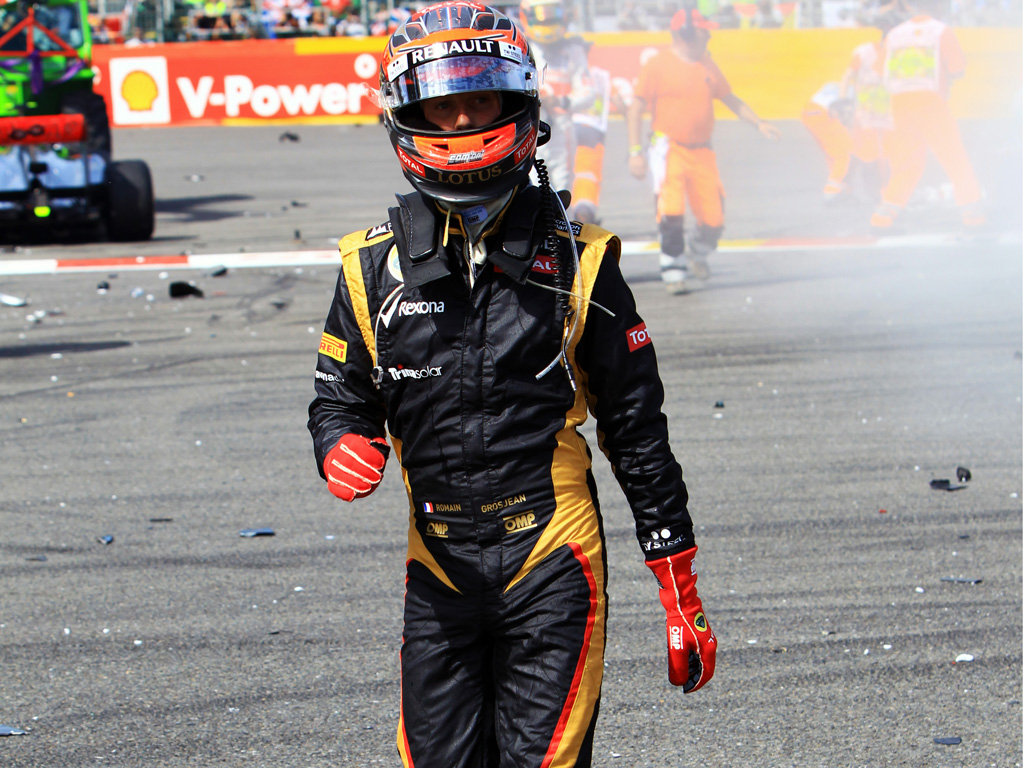 Sir Jackie Stewart has offered to help Romain Grosjean, saying his “enormous potential” is being “overshadowed” by the number of accidents he is involved in…

Sir Jackie Stewart has offered to help Romain Grosjean, saying his “enormous potential” is being “overshadowed” by the number of accidents he is involved in.

Lotus driver Grosjean is a man under fire after he was involved in yet another incident at the Japanese Grand Prix. This time Mark Webber was on the receiving end and the Australian called him a “first-lap nutcase” after the race while Jenson Button told him to “take a good look at himself and sort his s**t out”.

Lotus team boss Eric Boullier, meanwhile, feels it’s up to Grosjean to get his act together saying: “I have spoken a lot with him. We changed the routine, we tried to make it not more comfortable because I needed a tougher environment for him, and I needed to push him, but he is the only one who can fix this.”

Three-time World Champion Stewart, who is an ambassador for Lotus’ owners Genii Capital, feels he can help Grosjean to back on track.

“I would love to help Romain, because I think he has enormous potential,” Stewart is quoted as saying on BBC Sport.

“Any more accidents could jeopardise his chances of driving for Lotus next season, let alone the very best teams.”

He added: “It’s his first full season in F1 and he is fast enough to win races.

“I actually think he could have won one or two Grand Prix this season, but at the moment his potential is being overshadowed by the number of accidents he’s having.”

Stewart’s previous offer to help the Frenchman was turned down, but he says he’s still willing to help out.

“He had already had a few accidents then and I thought I might be able to help him avoid them in the future,” Stewart said.

“I’d been a young entrant into Formula One myself and had also run a fairly good driver development programme at Stewart Grand Prix, when I’d helped drivers like David Coulthard, Juan Pablo Montoya, Gil de Ferran and Allan McNish.

“Romain, who I have to say is an extremely nice young man, chose not to take up the offer.

“The season was congested then, he was about to go on his honeymoon, and he felt he had his own people assisting him.

“When the time comes and he wants to do it, I will always be there for him because of my relationship with the team.

“For some reason, racing drivers of all kinds feel they don’t need coaches once they leave karting. That’s unlike any other sport I know.”

Grosjean, meanwhile, is eager to stay out of trouble.

“Since Singapore, I’ve been trying to be really cautious at the starts and it’s been all the more frustrating to be involved in an incident in Japan,” he said.

“When approaching the first corner, I was watching Sergio [Perez] on my left to make sure there was no contact with him. I didn’t expect such a big speed difference between me and Mark braking into the corner, we collided and that was it.

“It was a stupid mistake. Mark came to see me after the race and was obviously not happy, but I apologised and we have to move on.

“I’ve sat down and looked at things again with the team; for sure it’s still an area we need to improve. We’re clearly focusing on this area for the next races.”