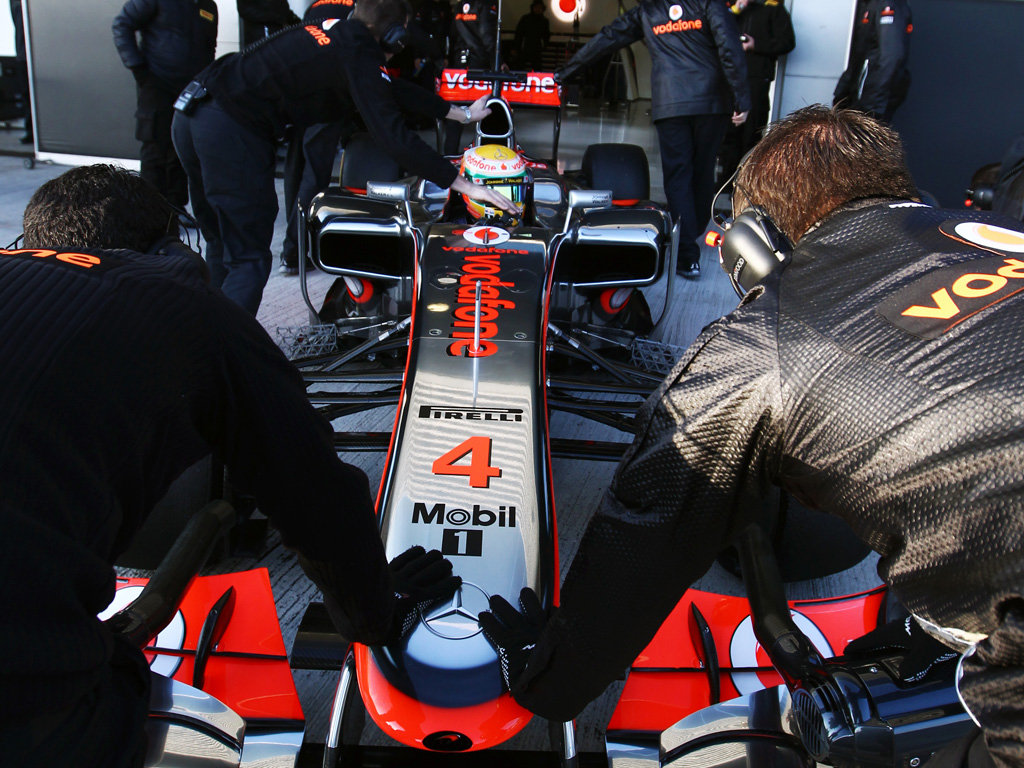 Sir Jackie Stewart has advised Lewis Hamilton to remain with McLaren, saying it is the team that best “fits” the Brit…

Sir Jackie Stewart has advised Lewis Hamilton to remain with McLaren, saying it is the team that best “fits” the Brit.

Since then results have fallen with the 27-yer-old finishing down in fifth place last season.

This has prompted some speculation that Hamilton could swap McLaren for Red Bull or even Ferrari when his contract expires at the end of this year.

Stewart, though, reckons he should stay where he is.

“I think McLaren are one of the best racing teams there’s ever been in Formula One, they’ve got a facility second to none,” Stewart told Sky Sports News.

“They’ve got a huge staff, they’ve got great knowledge and experience… and have been competitive.

“At the end of last season Lewis Hamilton and Jenson Button could hardly have had a better car to drive – of course it’s always greener on the other side of the fence, but where would he go?

“If Mark Webber can demonstrate this season as much as I still think he has in the way of talent, then why would Red Bull want to get rid of Mark Webber when they’ve got Vettel in that team as well?

“Therefore would he (Hamilton) go to Ferrari? It’s a possibility, but would he want to take on Alonso who he had such trouble with when Alonso joined McLaren?

“Things can be mended, things can change, but from my point of view I think Lewis Hamilton fits McLaren very well and I think McLaren fits Lewis Hamilton.

“I think Jenson Button as a team-mate is a very good team-mate to have, I think it’s a good duo altogether.”