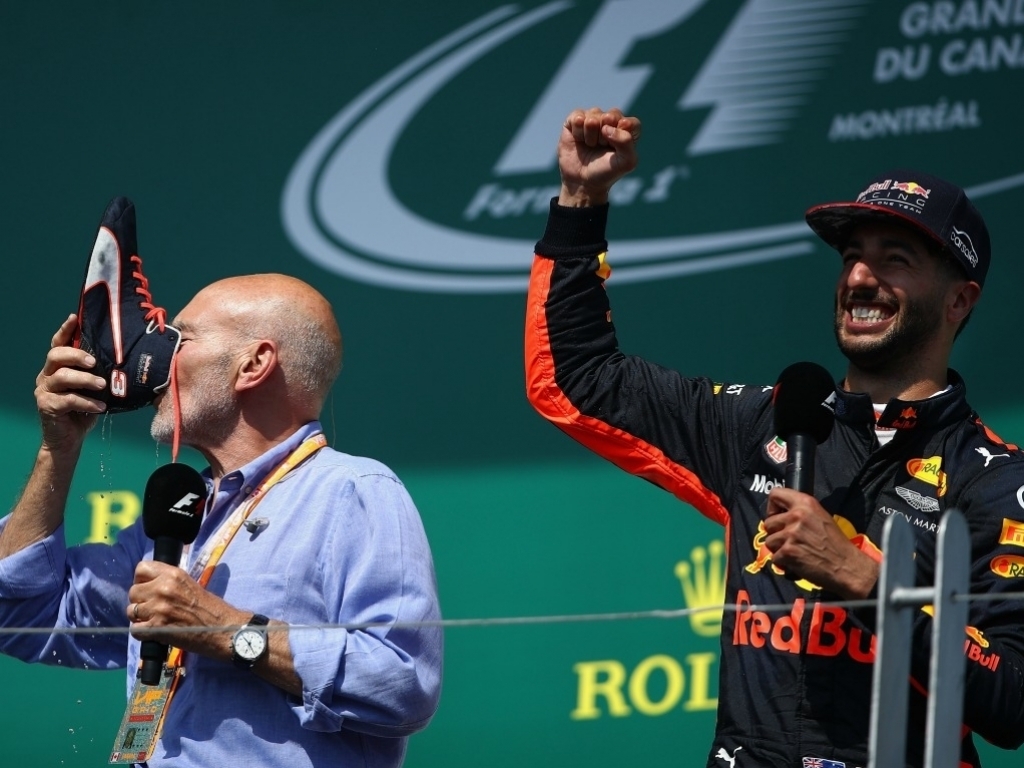 Ricciardo now has three consecutive podium finishes to his name after success in Spain and Monaco before holding onto third at the Circuit Gilles Villeneuve on Sunday.

The packed grandstands urged Ricciardo to perform a shoey, but not many were expecting Stewart to do the honours as well.

"I want some of that," said Stewart as he eyed up Ricciardo's toe jam.

"I will drink out of anyone's shoe!"

On the race itself, Ricciardo said he had zero fun until he saw the chequered flag wave after a hard-fought contest holding off Ferrari and Force India all afternoon.

"I only had fun when I saw the chequered flag," said Ricciardo.

"It was tough. I was defending the whole race and we weren't that quick to be honest. We had pressure, pressure, I couldn't afford to do any mistakes and it was getting quite hot.

"Concentration was being tested but I enjoyed it, and it's amazing to be on the podium."