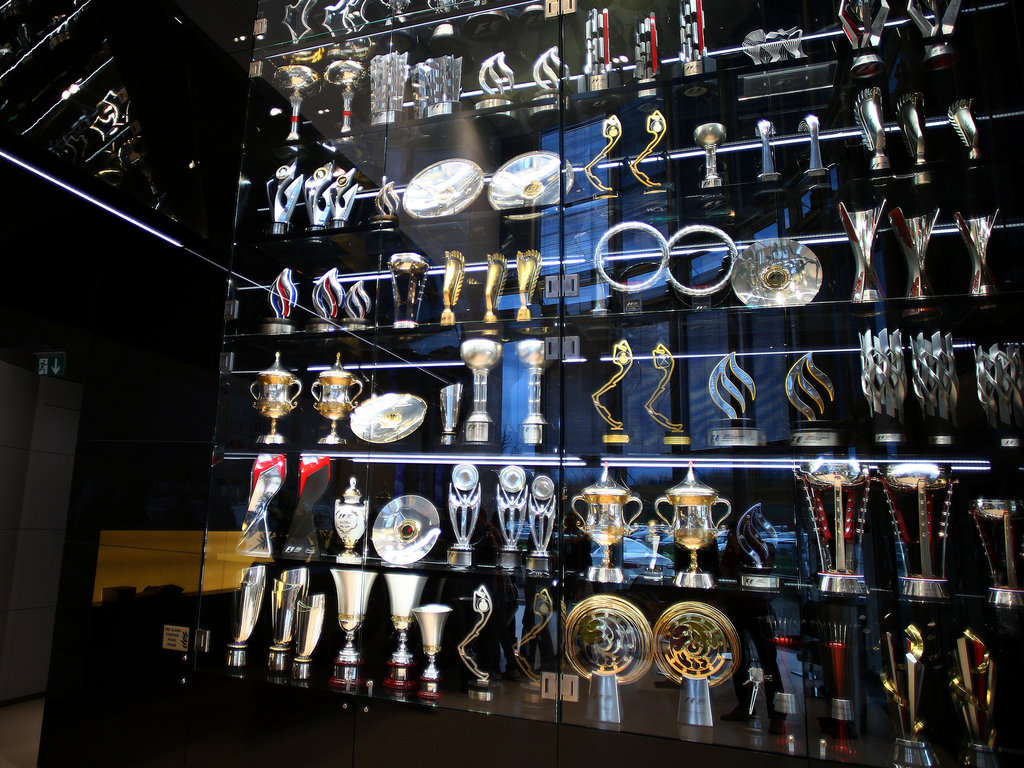 Some of the trophies that were stolen from the Red Bull factory a fortnight ago have been found in a lake.

More than 60 pieces of silverware were stolen from the team’s Milton Keynes factory when a gang of six men used a vehicle to ram the front entrance of their headquarters on 6 December.

However, Thames Valley police have confirmed that about 20 trophies were recovered from the Horseshoe Lake near Sandhurst, which is about 60 miles from the factory.

Detective constable Chris Oakman said: “We estimate about 20 trophies have been recovered but we are liaising with Red Bull to establish the exact number as some of the trophies are damaged.”

Red Bull team principal Christian Horner admitted after the incident that the team were “absolutely devastated”, but he is pleased to have recovered some of the goods.

“It’s good news that some of our trophies have been found and thanks to the police for all their help so far. The fact that some of the trophies were discarded in a lake and damaged shows how senseless this crime was,” he said.

“While the trophies mean an enormous amount to the team, their intrinsic value is low – and the extent of the damage that was caused to the factory by the offenders during the break-in was significant. Hopefully we can get the trophies back to our factory where they belong and get replicas made of those that we can’t. Thanks to everyone involved for their help so far.”