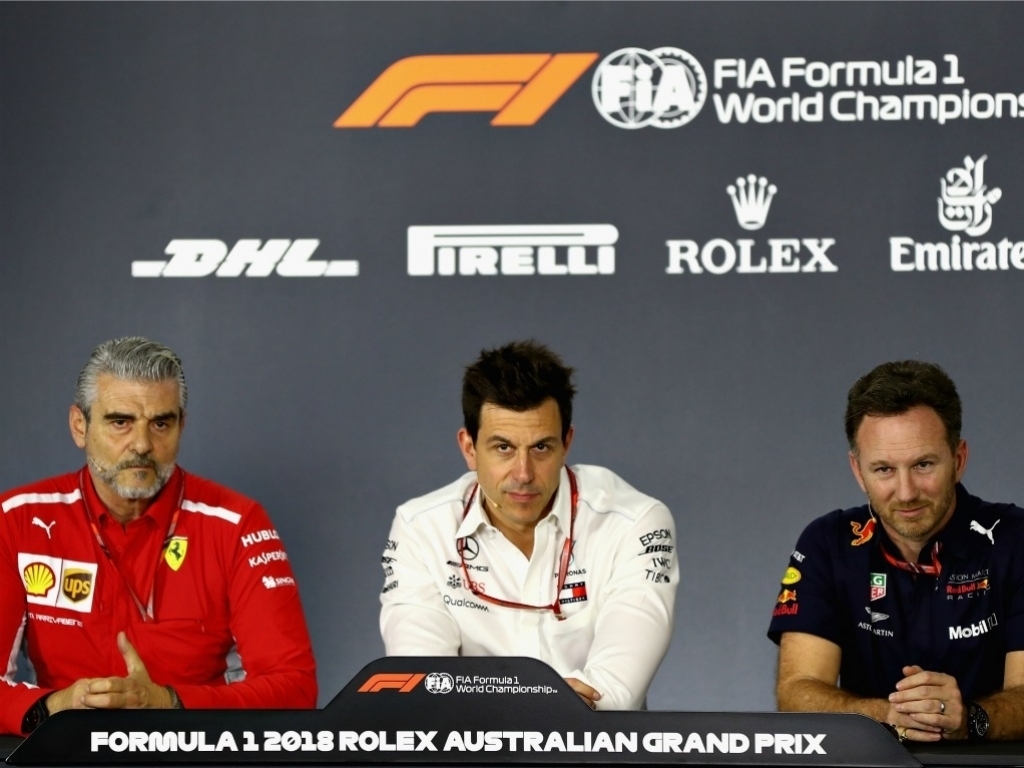 Mekies is joining the Ferrari technical team after a six-month gardening leave period has been served, but Horner has accused Ferrari of breaking a gentleman’s agreement that was only recently shook upon where a 12-month period would be in force.

The controversial appointment was a major talking point in the FIA Team Principals’ press conference, with Arrivabene denying the Scuderia have broken any rules in place.

“There was nothing wrong, we were respecting absolutely the Swiss local law where Laurent was hired,” said Arrivabene.

“And afterwards we went even further, to have six months of gardening leave.

“I heard comments related to a supposed or so-called gentleman’s agreement.

“A gentleman’s agreement under labour law, is illegal.”

Horner’s main gripe is that Mekies will be joining Ferrari armed with precious knowledge of every team and that information will still be very useful when he joins the Scuderia within the same season.

And whilst Horner understands Arrivabene’s point about employment law, he still believes the move is an unethical one.

“All the lawyers in the world couldn’t come up with a contract that could police it,” Horner said.

“There was an understanding and a clear statement by the teams to say, ‘let’s have a clear position that there should be at least a period of 12 months in the garden for someone going from either FOM or FIA to a team or vice versa.

“Certain teams were pushing for that period to be three years. But in the end it was agreed upon being 12 months.

“What’s disappointing is that that meeting was less than six weeks ago. Arguably, discussions were probably happening at that time.

“It also makes those meetings pointless if we can’t agree on something and action it.

“Of course, you can hide behind ‘It’s not in the regulations’ but as a group we agreed something, it hasn’t been adhered to, and one questions the point of having those meetings.

“What’s most disappointing about it is that it was Ferrari or Sergio [Marchionne] that was pushing for a three-year period.

“You get a team pushing for a three-year gestation, and a few weeks later, we’re in this situation.”

Mercedes boss Toto Wolff was also part of the conference, and does not believe the appointment is as controversial as Marcin Budkowski’s similar move from the FIA to Renault.

He said: “For me the situation is completely different to Marcin.

“Both intelligent engineers, but Marcin was involved in issuing technical directives, just a few weeks before he decided to join a team, and had a lot of insight.

“Laurent was involved in totally different activities which were not as sensitive, in my opinion, as Marcin’s.”