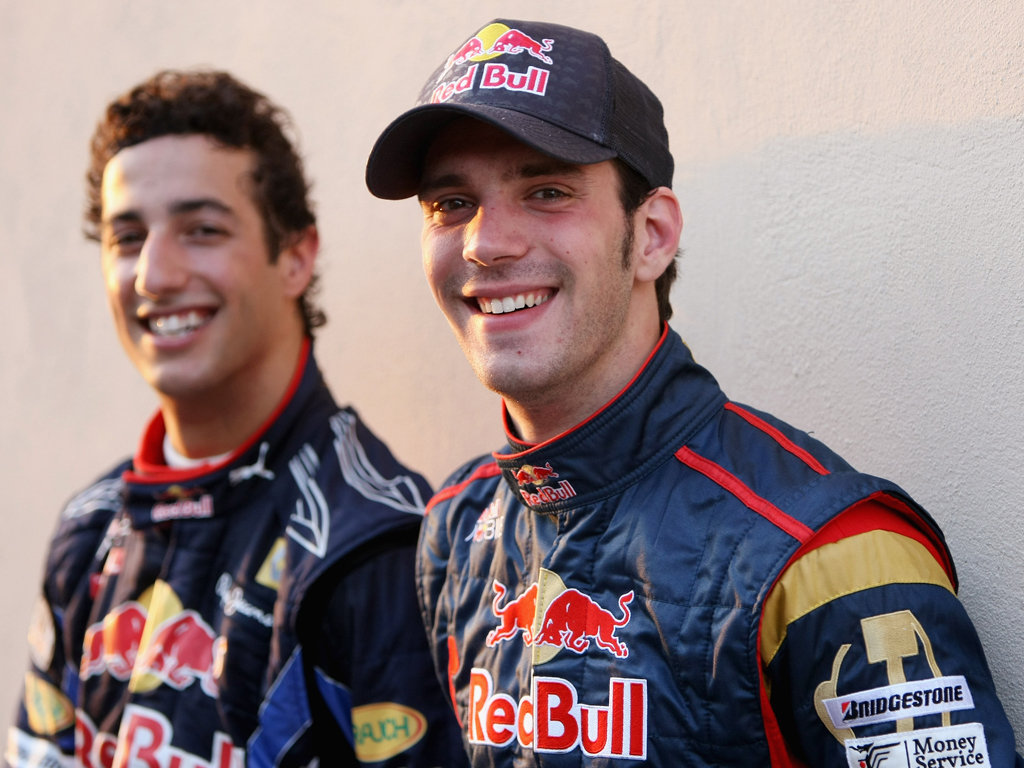 Christian Horner reckons Toro Rosso’s new youngsters could offer one of the most thrilling intra-team battles this season.

With rumours abounding that this season could be Mark Webber’s last in the sport, new Toro Rosso signs Daniel Ricciardo and Jean-Eric Vergne are – at least on paper – vying for one of F1’s top drives, a seat with Red Bull Racing for the 2013 season.

Both therefore have a lot to gain – and a lot to lose.

The tussle between the duo is set to begin on March 18th at the Australian GP where Horner is expecting intense intra-team competition.

“They are two of the most exciting talents on the periphery of F1,” the Red Bull team boss told Autosport.

“To put them in the same environment gives us a much better visibility in terms of seeing how they progress.

“They have done tremendously well in the lower formulas and in test and simulation work for Red Bull Racing and we are fully supportive of their promotion into the race-seats.”

Pressed as to whether Ricciardo and Vergne are the two most likely candidates to replace Webber, Horner insisted that neither is guaranteed promotion.

“Those two guys are both very competitive. They are products of the Red Bull junior programme and are both Red Bull Racing drivers on loan to Toro Rosso to develop them.

“Time will tell. There are no guarantees. It’s the best way to see how their talent evolves over the next season or so.”