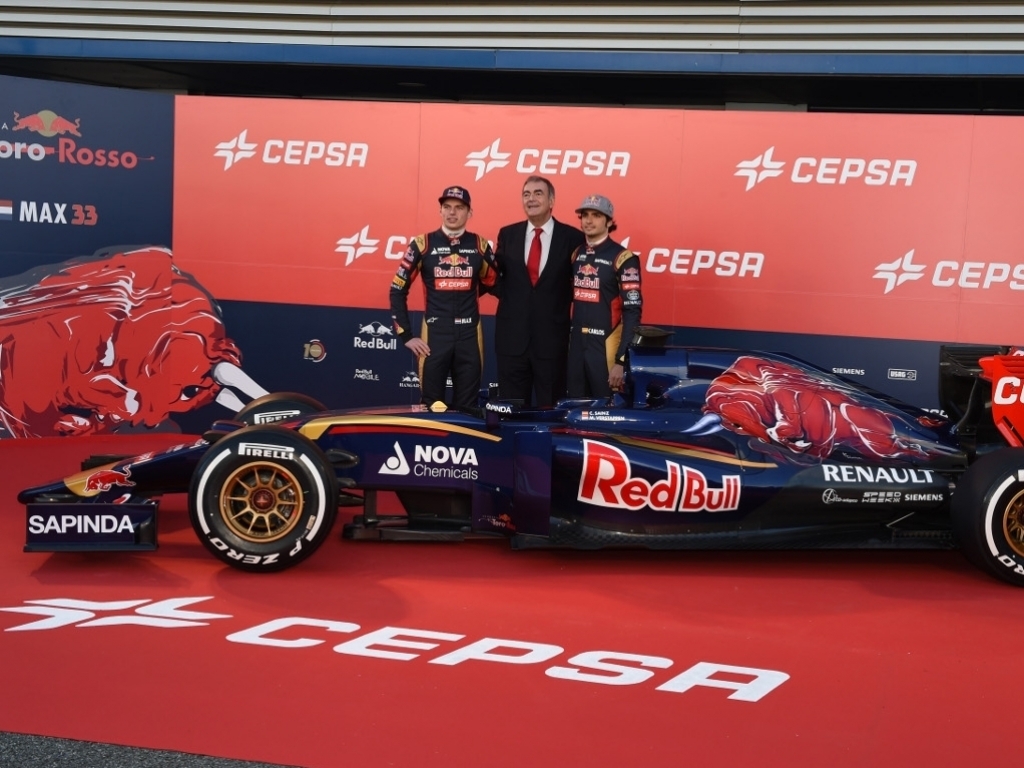 On the eve of pre-season testing, Toro Rosso have revealed the car that team boss Franz Tost hopes will carry them to fifth in the Constructors' standings.

Opting for a live launch, the first of this season, new signings Max Verstappen and Carlos Sainz Jr joined Tost in the Jerez pitlane on Saturday evening.

Although an evolution of its predecessor, the STR10 sports a decisively different nose in keeping with the new 2015 regulations.

Similar in its flatness to the McLaren and Ferrari, Toro Rosso have opted for a slightly pointier tip.

The team is set to enter this year's Championship with lofty expectations as Tost has targetted fifth in the Constructors' Championship as the team's goal. Last year Toro Rosso were seventh.

"The launch of the new STR10 car today here in Jerez de la Frontera marks the start of a new and hopefully thrilling F1 season," he said.

"The 2015 season is a new challenge for all of us. We've put a lot of work into the STR10 and we are convinced that we will have a successful year. Our objective is to finish fifth in the Constructors' Championship and we are ready to do our best to achieve it.

"Our engine partner Renault has also worked very hard to come up with new modifications and I'm sure that our joint effort will give us a package which will certainly be very competitive. All in all, we have a much stronger team as well as a very competitive STR10 and fast drivers; it's a great combination."

As for his rookie driver pairing, which has a combined age of just 37, Tost is confident the youngsters are up to the challenge that awaits.

"Another point that also makes me happy is that we have a very high-skilled young driver pairing which makes this season even more exciting.

"They both showed fantastic performances throughout their career, winning races and championships, and it's because of their driving skills that Red Bull has decided to bring them to Scuderia Toro Rosso.

"I'm really sure that they are very well prepared for this challenge, as is the rest of the team. We are ready for it!"