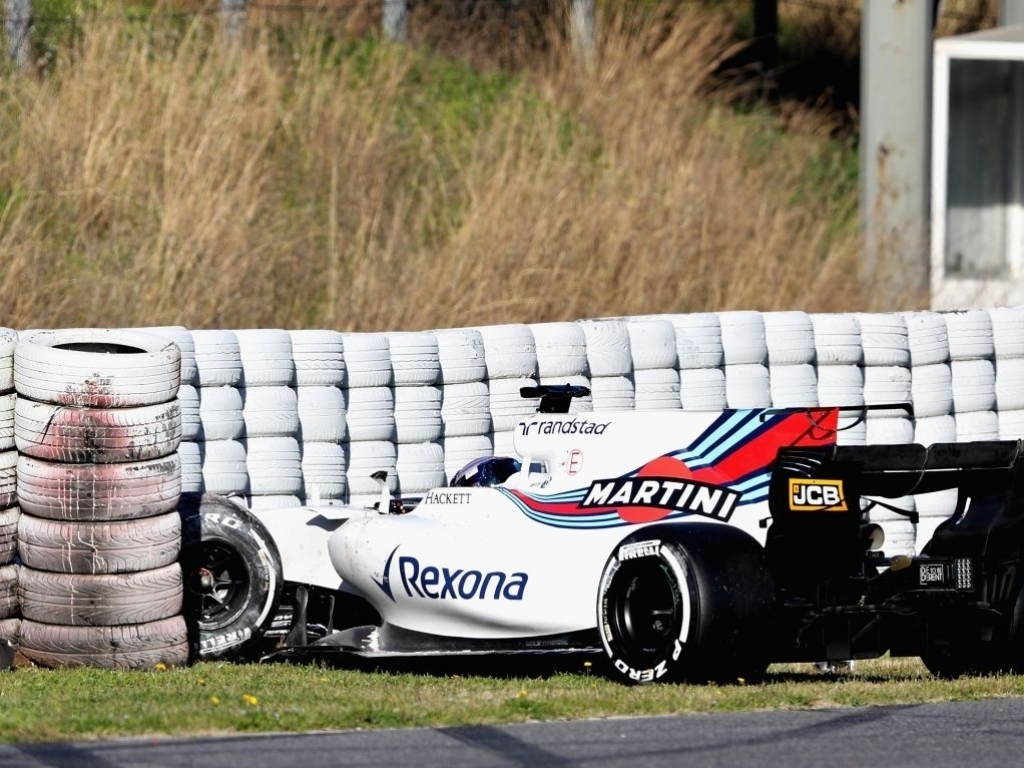 Williams are not able to run on the final day of the first winter test in Barcelona due to Lance Stroll's latest crash on Wednesday.

The rookie lost control for the third time in two days at the Circuit de Catalunya and his latest accident has proved to be the most costly yet.

After damaging the front wing earlier in the week, Stroll's coming together with the tyre wall at Turn Five on Wednesday means that the FW40 now requires a new chassis.

Williams are now targeting a return at the first day of the second test, which begins on Tuesday, March 7.

Therefore, on safety grounds, the team will not run the car today. A second chassis will be prepared at track this afternoon 2/3

(cont.) as originally planned, with the team aiming to be back on track for the second test next week starting on Tuesday 7 March 3/3