Home Uncategorized Stroll brushes off crash as ‘just a bump’ 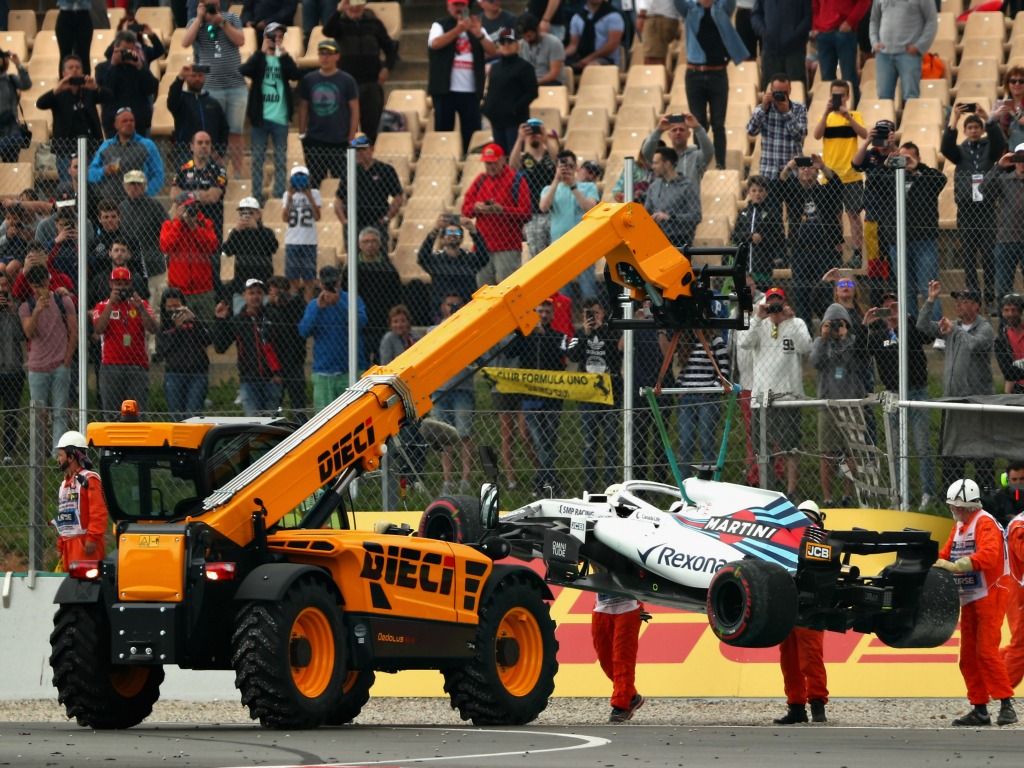 Lance Stroll played down his crash in Q1 but conceded that the Williams car is “right at the back” again after improvement in Baku.

It was a familiar sight for the Williams and the dogged FW41, with both Stroll and Sergey Sirotkin both failing to make it out of Q1 once again.

Stroll made completely sure of his exit after losing control at Turn 12 and finding the wall on his final hot lap.

“The car just got away from me,” Stroll said back in the paddock.

“I was on an ok lap and going for it trying to get out of Q1.

“We saw an improvement in the car in Baku, but this weekend we are right back to where we were, right at the back.

“It’s something we need to keep chipping away at, hopefully sooner rather than later.

Stroll said that he did not have the answers for Williams continued problems, but brushed off the significance of his latest crash.

“I don’t know. If we did we could just fix it,” Stroll added.

“The circuit for sure doesn’t suit our car unlike Baku where the short corners fixed some of our problems.

“It wasn’t a major hit, just a bump. I think I just picked up a puncture.”

Stroll is due to start from P18 on Sunday’s grid.