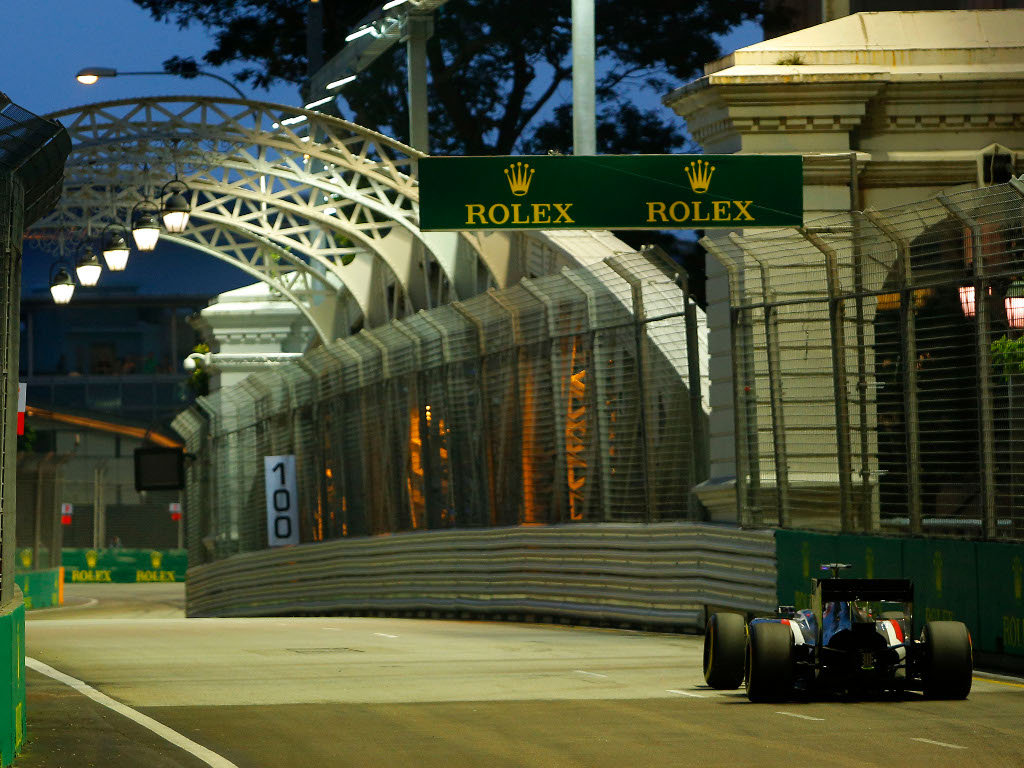 Marcus Ericsson finishes ahead of the Marussias and there are two DNFs for Sauber.

Caterham:
Marcus Ericsson: “What a race! One of the best of my season so far, I have no doubt about it. I’m very pleased and happy for the whole team – this result is a great way of saying thank you for all the hard work and effort they put in yesterday. We can be very happy as we beat our closest rivals fair and square after having struggled quite a lot to keep up with them this weekend. We maximised our performance today. We followed a great strategy and I didn’t make any mistakes. I’m very pleased but we have to carry on working as hard as ever in order to build on this and make progress every race. We decided to stay out on the Prime tyres and I knew that Bianchi was going to catch me as he pitted in front of me, so I prepared myself as best as possible for the final four laps. I managed the tyres well and kept him behind. A great effort!”

Kamui Kobayashi: “What a frustrating way to end the race weekend here in Singapore. During the formation lap, all of a sudden I felt no power and then it smelt as if something was burning. Then I suddenly lost the brakes so I decided to stop the car because it was dangerous and I had nothing to do. I was really looking forward to this race and it’s a shame not to have been able to get out there and fight, but this happens sometimes in motorsport unfortunately.”

Marussia:
Jules Bianchi: “Today was not the easiest of days for us, but at least there were some positives to take away. We were closer to the Lotus of Maldonado and also to the Sauber of Sutil, so at least we are back to a more typical delta to those teams on this type of circuit. It is disappointing that we were unable to get past Ericsson due to brake wear issues. It was quite a demanding race as there were a lot of factors that we had to manage, particularly the brakes. The safety car after Perez’s accident brought the pack back together so any advantage was lost, particularly as we struggled on the prime tyre.”

Max Chilton: “A tough and complicated race, which also had its fair share of bad luck. I had a stall in the pit lane at the start of the reconnaissance lap and had to return to the garage. I got a good start and almost got Ericsson, then lost time to him when, unusually, Rosberg got past and stayed between us for quite a chunk of the first stint. I made my first pit stop and then had to come in again soon after, when we suffered a puncture due to a valve issue on the front right wheel. This upset our strategy as we switched to the prime tyre earlier than expected. The problem was made worse when the Safety Car came out halfway through the race at a point where I was unable to benefit and that left us compromised for the final stint on the option.”

Sauber:
Adrian Sutil: “It is very frustrating to retire again due to a technical failure. Today we were in a good position to score points. It was a difficult race, as we had problems with the engine at the beginning. However, we were able to fix it and continue with our planned strategy. Regarding the contact with Sergio (Perez), there is not much to say besides that suddenly he drove into the back of the car. Luckily the car was not damaged.”

Esteban Gutierrez: “There is not much to say about the race. At the moment it is almost impossible to achieve good results. We have to extract 120 percent from what we have, but with these issues we are having it makes things complicated. There is nothing that I can do to guard against these problems at the moment. We have to look forward to the next races and need to take every chance that we get. Keep fighting will be the most important objective for us as a team at the moment.”