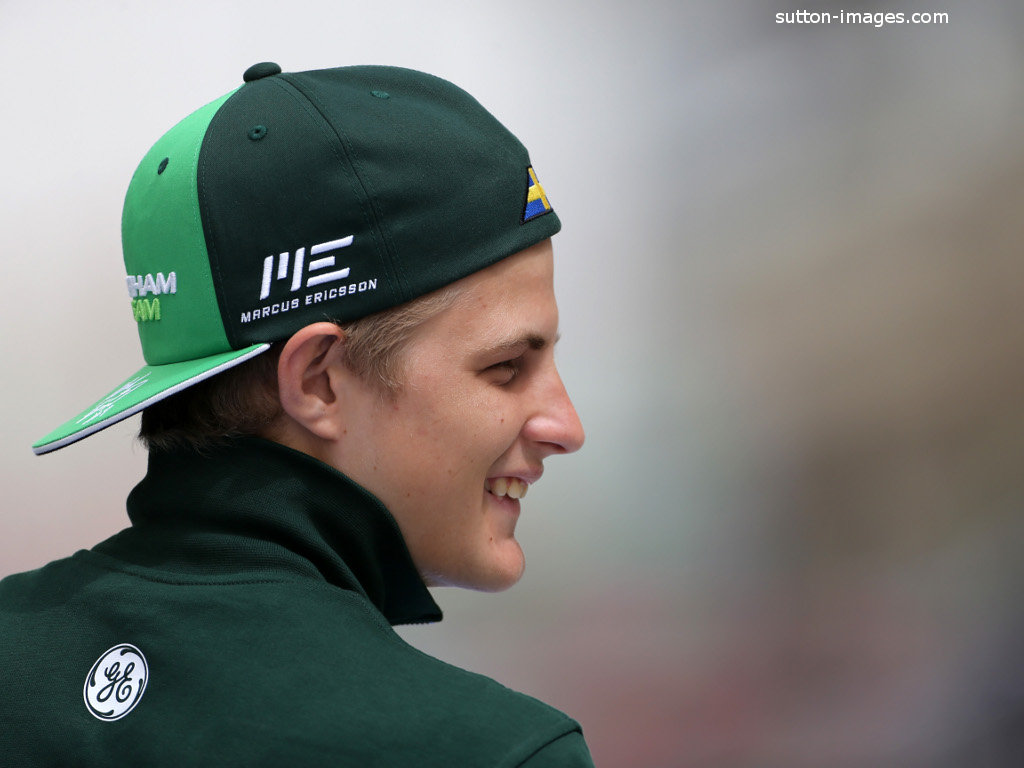 Caterham:
Marcus Ericsson: “For me that was good, even though the whole team is obviously disappointed about the way it ended. It was an amazing experience finishing my first Monaco Grand Prix and the fact we’ve equalled the team’s best ever finish today is great, it’s just a shame it didn’t mean more after the fantastic job everyone did today. After starting from the pitlane I was pretty quickly up with the second Marussia when the safety car came out. The balance was ok and I was in a good rhythm, ahead of Sutil and Grosjean for a few laps but couldn’t do anything to hold back Sutil when he passed me in turn six. When the safety car came out again we stopped for the first time for a new set of supersofts and I could really push. The whole second stint was good, as was the final one on the second set of supersofts, giving me the chance to push to the flag. I held off Raikkonen for the last couple of laps and finished 11th which, for me, is a pretty cool way to end Monaco.”

Kamui Kobayashi: “Even though I finished in 13th I’m really not happy as I’m sure I’d have finished in the points if Bianchi hadn’t hit me when he forced his way past. The car was basically undriveable after that so just finishing is a good result, and the team did everything they could to help us finish as high as possible today – good strategy and great stops, but when you’re overtaken by being hit out of the way it’s obviously not good. I had a clean start, staying ahead of Bianchi and passing Chilton into turn one. Heading down towards the hairpin I avoided the debris from the Force India and was up to 15th under the safety car. With the retirements that was soon 13th and then 12th and the car felt pretty good at that stage. We stopped for the first time on lap 25 under the second safety car and went onto softs and rejoined in 12th with Raikkonen and Bianchi behind me. Then, as we went into the chicane after the tunnel, Bianchi hit me on the side and I had to cut through the chicane to avoid more contact. I don’t really know why nothing was done about that as he basically just forced me out of the way by hitting me which meant both the Marussia and my teammate could pass and after that the car felt really bad. The impact had caused a lot of damage to the sidepod and the floor and I lost a lot of rear downforce so from that point I was losing time without being able to do anything about it. I managed to get the car home ahead of Chilton but with the way the race ended I think the whole team feel like we lost out through no fault of our own. We need to keep our spirits up and use this experience to make us even more determined to get ahead of our nearest rivals and we’ll just keep pushing.”

Toro Rosso:
Daniil Kvyat: “It’s disappointing that I had to retire today, especially because we looked competitive all weekend and had a good chance of finishing in the points here. I was able to hold my position at the start of the race and even move up to eighth before I had to retire. Unfortunately these things happen and I will now switch my focus to the next race where I hope we can carry over this momentum.”

Jean-Eric Vergne: “The race was going well, the pace was really encouraging, I was saving the tyres and the strategy looked like being the right one. Then, my engineer informed me about the drive-through penalty for “unsafe release” and finally we had the exhaust problem which definitely put an end to my race. It’s such a shame! We had done a great job over the whole weekend, the team was able to give me a good car and I also performed well so I think a fifth place was possible today. Let’s turn the page now and focus on the next race in Montreal, where I will again do everything I can to perform at my maximum, have another great qualifying session and score the so longed points.”

Sauber:
Esteban Gutierrez: “Unfortunately, I could not finish the race. It was probably the most painful mistake in my career. I touched the guardrail in Rascasse on the entry to the corner and spun, that was the end of the race. Today we had a great chance to earn some points. The start was great, as I was able to gain some positions during the first few laps which gave me a good basis for our race strategy. During the race I needed to take care of the tyres, but we also had to push because we had quick cars coming from behind. It is very disappointing. I really want to say sorry to everyone in the team because they all did a great job today.”

Adrian Sutil: “It is a pitty that my race ended so early. I had quite a good start. In turn 5 one of the other drivers spun, and as I came around the corner many cars were suddenly stopping in front of me. I had front wing damage which forced me to make a pitstop. I went back onto track almost at the backend of the field, but I was able to gain some positions lap by lap. Unfortunately, coming out of the tunnel I made a mistake when braking, lost the rear and crashed into the guardrail. Certainly, I am very disappointed and I also feel sorry for the whole team.”