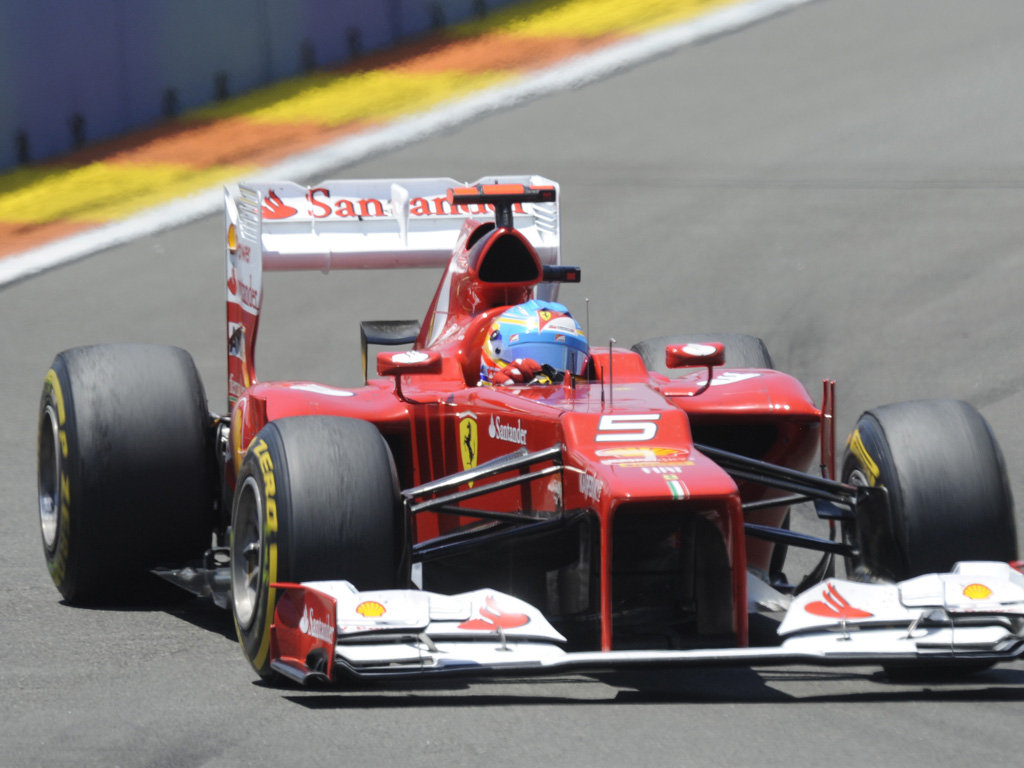 A sensational drive from Fernando Alonso saw him with the European GP while Michael Schumacher claimed a podium.

Ferrari:
Fernando Alonso: “This has been an unforgettable day for me and I can’t find the right words to express my feelings! Winning in my country is an indescribable emotion: I still remember the victory in Barcelona in 2006 and winning today in Valencia with this fantastic team, is amazing, especially when we are going through such a difficult time at the moment in Spain. It’s nice that sport and I’m thinking of the wins for the national football team and Nadal, might be able to give people something to smile about. Stopping on the slowing down lap? I don’t know what happened but it came at the right moment, because I was in front of the grandstands and I was able to celebrate with my fans! Sport always delivers the same lessons in that there are highs and lows and things change quickly. Yesterday we didn’t make it to Q3 and today we have won: it means that we should never give up, right to the chequered flag. It’s a nice present for everyone who has come from far away, maybe even sleeping in their cars and then staying in the grandstands in this torrid heat. At the start, it was not easy to make up places and I tried to delay the braking to the maximum at Turn 4, staying on the outside. Then I started to fight my way up and, after the Safety Car, I began to think a podium could be possible. Then I attacked Grosjean and managed to pass him, although I was worried that I might have sustained some damage when we touched. After two or three corners I realised everything was alright and I relaxed. When I went into the lead after Vettel retired, we were all hoping the tyres would last to the end. I was always talking to my engineer who told me I was running the same pace as those following me: in the end, there was not much left, but unlike Canada, the others were in the same situation. It was emotional being on the podium with Andrea Stella, because he has also worked with Michael and Kimi: he could celebrate in the best way possible a totally unexpected win, given our grid position. Thinking back to yesterday, what happened confirms there is still a lot of work to be done and we have to be honest about this, to ourselves and to our fans. We will do all we can to win this championship, but we still don’t have the quickest car and we must push to reach this objective as quickly as possible.”

Felipe Massa: “What do you want me to say, nothing went right today! From lap 8 onwards I started to feel there was something not right at the back of the car and, at the end of the race, the team found some damage that had completely ruined the balance and the aerodynamic downforce level. From being able to attack the Force India, I went to losing a second a lap! I am very disappointed, because I had a good pace and could keep up with the group Fernando was in. Then there was also the collision with Kobayashi and there, any hope I had of finishing in the points evaporated. The car was going very well today and it was at the level of the best, I am pleased for Fernando, who drove a fantastic race to win, but there’s also some bitterness as today could have been very nice for both of us.”

Lotus F1:
Kimi Raikkonen: “Second place is okay but the win is what I really wanted. We didn’t quite have the pace for it today. I got a good start but I was blocked by Pastor (Maldonado) at the first right-hander and lost quite a few places which put me a bit behind. We made a good recovery from that position and had quite a hard fight with a few people – overtaking and being overtaken. I couldn’t get the tyres up to temperature quickly enough after the safety car, and I made a small mistake on the re-start lap too. I was able to fight back as we had good race pace again. Today was close but the race win was just out of reach.”

Romain Grosjean: “Basically the car lost power and switched off. I couldn’t even call my engineer on the radio as the radio was dead. The race was almost perfect up until that point: we had a good start and a good strategy. I don’t think we were that far from our first win. The positives of this weekend are that we battled right at the front and we showed good pace. Sebastian (Vettel) was very strong and I don’t know if we could have caught him. When he had his issue, I was in second place behind Fernando (Alonso) and it was then that I thought we could challenge for the lead because we knew that our tyre degradation was going to be less than his. Unfortunately fate decided otherwise…”

Mercedes:
Michael Schumacher: “Wow, I did not even think of getting on the podium for any second in the race today, so what a wonderful result! Finally it happened! After such a long time waiting and for jumping on the podium so unexpectedly, I feel extra happy. I think that was the best answer to give to everybody who started doubting our work: get the car together and fight back; never give up, as anything can happen. A big thank you to the team and to everybody who kept on believing we would get on the podium again. That’s what team work is about. A special word for my mechanics and engineers who have done a fantastic job this weekend after some difficult races this year. I didn’t think a podium was possible – not even at the end of the race, because it was pretty busy in the last laps and I had lost count of where I was. Then when I crossed the line, I asked the guys where I was and they said “Third – on the podium!” It’s one of those moments that you enjoy deeply as a driver. We were close a couple of times but it was great for it to happen in a spectacular race like this, through strategy and lots of passing on a circuit where overtaking is difficult.”

Nico Rosberg: “That was a really exciting race. I had a bad first few laps and lost positions, then the Safety Car came out at a bad moment for me. After the restart, I thought I would end up finishing out of the points, because I had the oldest tyres and therefore no grip, which made it very hard to defend. We had planned to try a one-stop strategy but had to convert to two stops, and thanks to the strategy guys, we were on fresh tyres when everybody else was struggling. I was in P12 on lap 47 and P6 at the end, so it clearly worked and we are very happy with a good team result after such a chaotic race, with two cars in the top six. A great result for Michael with his podium and I am happy to score some more nice points.”

Red Bull:
Mark Webber: “I’m very happy with that, obviously it’s been a tough weekend up until today, but you never know what’s going to happen. In the middle of the race I wasn’t too happy and I didn’t really know what was going on. Then there was a bit of attrition at the front and the strategy worked out. We got it all working well today and we got some good points. It was a crazy day