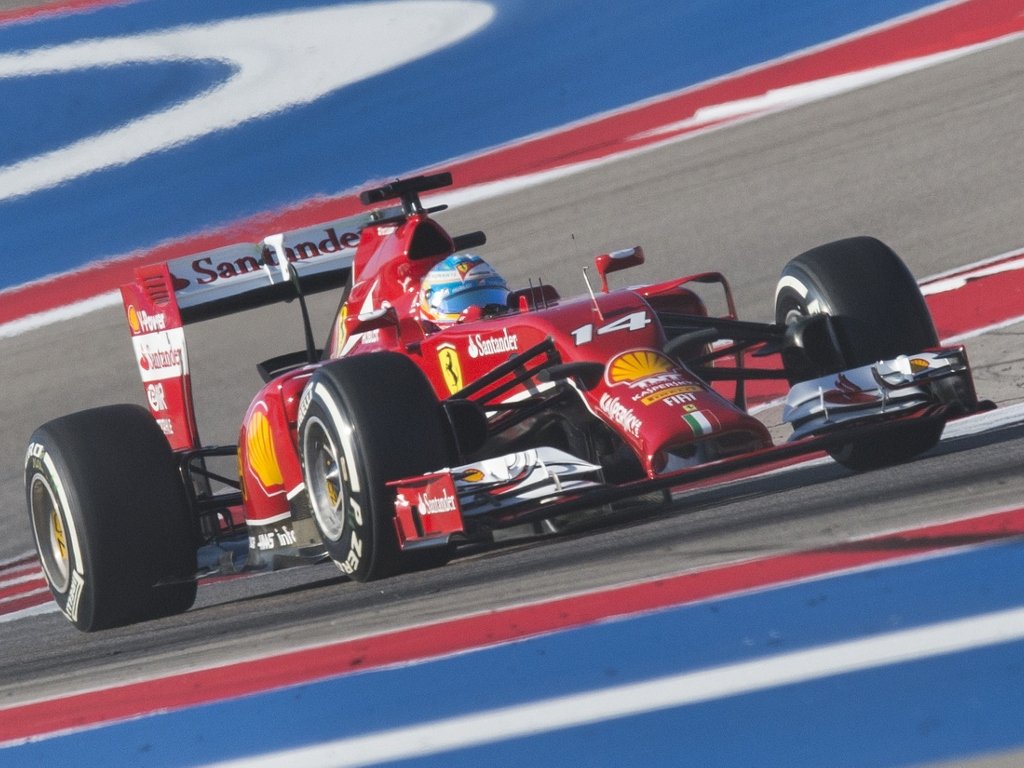 Fernando Alonso scored Ferrari’s only points at the United States GP while Kevin Magnussen fought his way to P8.

Ferrari
Fernando Alonso: “oday went more or less as expected, with the cars ahead of us being very quick, clearing off immediately after the start. After a good start, we tried to manage our sixth place, with a view to the Constructors’ championship, in which it was important to finish ahead of the McLarens. The strategy was the best possible, coming in for the first pit stop at the right moment. For the second one, we tried to go long to fit the Softs and go quicker. I think this season has been very complicated and regardless of the car’s performance in these final races, I want to do my utmost to score points and help my team.”

Kimi Raikkonen: “This weekend was very complicated and again today in the race, I wasn’t able to give my maximum. Up to the first stop, the car behaved well, but after fitting the Mediums the situation got tricky, with higher degradation than expected, so I lacked grip and after a few laps I began to have problems with the front end. I tried to save the tyres in any way possible, slowing in some parts of the track and turning into the corners, but even so I had to take on a set of Softs earlier than expected, which meant I had to make a third stop in the closing stages. Now we will continue to work to try and solve our problems. It won’t be easy, but we won’t give up all the way to the end of the last race.”

McLaren
Kevin Magnussen: “Eighth position isn’t a fantastic result, but I honestly don’t think we could have got much more out of the car this afternoon. It’s a shame that Jenson lost out on a points finish at the end – I guess he must have run out of tyres – but I was fortunate enough to be slightly farther up the road, which enabled me to keep ahead of the cars chasing me down. Fortunately, therefore, I didn’t lose out too much. I can’t be too unhappy with today’s result, but it’s not really been a weekend for the team to remember. Still, we now head straight to Brazil for another grand prix in just a few days’ time – I’m really looking to driving at Interlagos, which looks like a fantastic racetrack, and I very much hope we can have a better weekend there.”

Jenson Button: “I just went backwards today. The only fun bit of the afternoon was my fight with Fernando. But, apart from that, it was pretty dull out there. It’s unusual for our car to suffer tyre degradation as damaging as we did today, and I experienced particularly significant issues with the rears. Their surface temperatures were getting really hot, yet their core temperatures were dropping. That meant we were slipping and sliding around, and as a result I was really struggling compared with the drivers around me. Hopefully, Brazil will suit us a little bit better.”

Toro Rosso
Jean-Eric Vergne: “It was an exciting race, but difficult at the same time. In the final stages I absolutely wanted to gain positions. I saw the opportunity to overtake Romain (Grosjean) and I decided to go for it. When he closed the door it was just too late. At the end, this is racing and you have to fight as much as you can. I like fighting, so it was good fun. It’s great to be in the points, especially after a difficult weekend, with not much running. We have the car to do well and I’m happy that we do not have to wait too much before being back in the car next week in Brazil, where hopefully we’ll be able score more points.”

Daniil Kvyat: “We were competitive today and we deserved to score some points here in Austin. We had a fantastic pace until the last part of the Grand Prix when I managed to overtake Raikkonen, but unfortunately I damaged my front left tyre during the fight. I had too many vibrations and I had to pit again. It could have been a fantastic race and it’s obviously disappointing when towards the end everything goes wrong. We couldn’t have done anything better, but sometimes that’s how it goes. I’m looking forward to Brazil, where hopefully we can achieve a better result.”