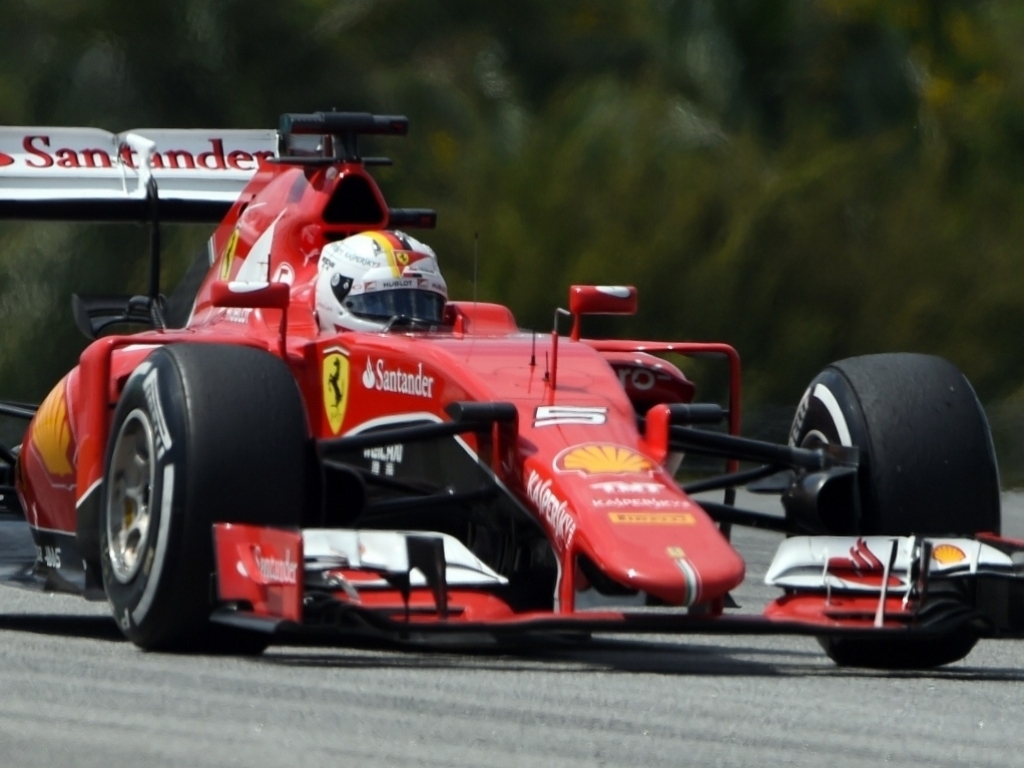 Brilliant display from Sebastian Vettel as he wins his first race as a Ferrari driver with Mercedes forced to settle for second best.

Ferrari:
Sebastian Vettel: "Grande gara, bella macchina! (A great race and a beautiful car). Sorry for starting to speak in Italian, but today is such a special day for me. I don’t really know what to say, I am speechless. It’s not only one childhood dream that becomes true, it seems to be many dreams together. It was amazing to look down from the podium and see the mechanics, the engineers, the whole team and listen to the German and Italian anthems. The atmosphere in the team has always been great, but it’s just getting better and better. For today, the important thing is for all of us to enjoy this moment together and celebrate. I did not swap teams that much in the past, so winning for a new team is always a relief. Since I joined Ferrari I felt incredibly welcome and together we have worked to improve things. The potential, as I always said, is huge, it’s good to see what a step forward we did over the winter. There were a lot of changes in the background (including one driver…) which never make things easy, but everyone saw the positives of that. It just doesn’t compare to last year, when the car was also good but I couldn’t get on top of it. With Ferrari I had a good feeling right from the start. This is a special day, it has been a while since both I and team won for the last time. I’d like to be in the same position at every race, but we must be realistic, Mercedes were a bit struggling today but they have a great package and our target is to make the gap smaller at every Grand Prix and make sure that we are the team right behind them."

Kimi Raikkonen: "We had a pretty poor weekend in terms of things going wrong. I had a good speed but in qualify it didn’t go well and then today, after a poor start where I had too much wheelspin right off the line, I found myself fighting with all the other drivers and I had a puncture on the rear left tyre while battling Nasr at the last corner, which means I had to go one full lap before coming back to pits with no tyre. At that point my floor had got a little bit damaged, I had to do a full lap with no tyre and then, even if the safety car helped us, I had to start from way back behind. We did our best and the forth position was the maximum we could achieve. The win of Sebastian is a very good thing for him and for the whole team , knowing how difficult the last year has been; it’s a very good job what the team has done. We knew from winter testing that we have a good car, so it did not come as a total surprise, and probably the track with these high temperatures suited us. I don’t know how it will be in other circuits, but the car has been strong so far, not yet as we want but we have a good package, and we are getting stronger."

Mercedes:
Lewis Hamilton: "First of all, huge congratulations to Seb and Ferrari. You have to hand it to them – I wasn’t expecting them to be as quick as they were today but they had some serious pace and deserved the win. It’s great for the fans to see them up here. It was a tough race out there. I was struggling with the balance today and never really felt comfortable with the car. There was so much understeer that tyre management was really hard. When I went to the option it was much better, so I thought we’d use it again at the end and was surprised we went with the prime. But I made the best I could with it and ultimately I’m sure the team made the call for the right reasons. There was a bit of confusion on the radio at one point where I wasn’t quite sure what we were doing on the strategy but I’m not sure if pitting with Seb would have made the difference anyway. They were as fast if not faster than us today and once I had that gap to make up it was just a step too far. I’m now looking forward to the next race and fighting to get back to the front again."

Nico Rosberg: "That wasn’t a great weekend for me and I cannot be happy with third place. When the Safety Car came out I lost a lot of time in the pits. I expected to have to wait behind Lewis but it was letting some other cars by that cost the places – especially waiting for the Red Bull queue to move, I think it was. So I had to fight through to the top positions which was tough but my race pace was okay, so I can build on that. We have to congratulate Sebastian and Ferrari. They had a great race pace today and it’s very impressive how they improved over the winter. Now this will be a fight against Ferrari I guess – and we want to strike back in Shanghai."

Williams:
Valtteri Bottas: "It was a nice race in the end. I was always in the wrong place at the start and lost a lot. I made the most of the performance of the car and it was nice to be able to race Felipe at the end. We know we have some work to do, we need to learn from our mistakes and keep progressing. Some upgrades that are due shortly will hopefully be a step in the right direction."

Felipe Massa: "I don’t think we had a fantastic day today. We had a small problem in the pitstop and as a result it gave Valtteri the chance to catch me, it was good to race wheel to wheel though. We got the best points we could for the team given the where the car is at the moment."