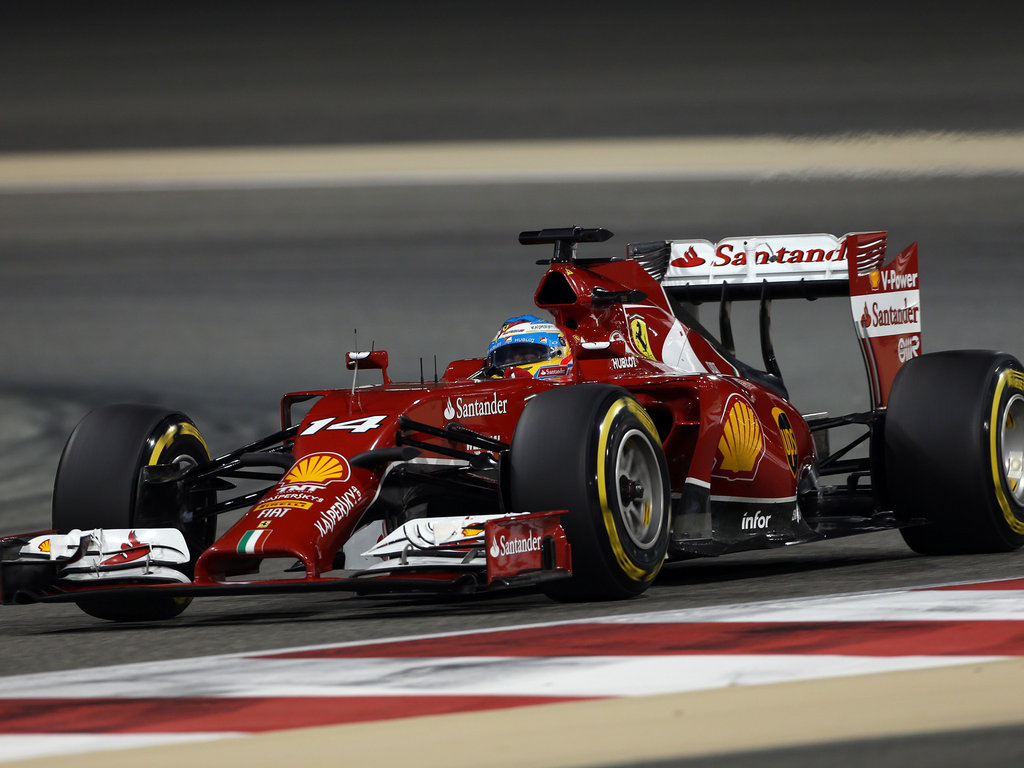 Ferrari:
Fernando Alonso: “Today’s race was complicated for us, even if we knew what to expect because, with its long straights, this track shows up our weak points. The team did a super job and sorted the problem I had yesterday in the final part of qualifying and the start and strategy were perfect. The Safety Car helped us make up a bit of ground on the cars ahead of us and also allowed us to save fuel, but it was not enough to change the result, with eight cars ahead of us doing a better job. Although we did all we could, we can’t be happy with our level of performance and now our sole focus must be on working day and night. The season is in its early stages and I think we can stage a recovery. We have the resources and the potential to do it and it’s all down to us. Next week will be very important as we get back on track on Tuesday and Wednesday to test in preparation for the upcoming races. We have got a very aggressive programme, which we need as our rivals will not just be sitting back and watching.”

Kimi Raikkonen: “I am very disappointed with today’s result, because after how qualifying went, I expected to do better. I didn’t get a good start and immediately lost some places. On the first lap, I was hit by Magnussen, luckily without it doing any damage, but trying to move up the order at this point was very difficult, because the lack of aero downforce and speed on the straight meant overtaking was complicated. We knew this track was less suited to the characteristics of our car than the first two and that the Mercedes would be very quick. Overall, the handling of our car has generally improved compared to the first races and this makes me confident for the upcoming ones. We can expect a lot of work to do and we will make the most of the test days to try and improve already in time for the next race in China.”

Toro Rosso:
Daniil Kvyat: “Unfortunately today didn’t go as I would have liked. I was not happy with our pace and it was frustrating to see the other cars just passing me by. The start was a little bit messy and I lost a position. From then on I tried to push as much as possible, but it wasn’t enough to get into the points today. We will now have to analyze carefully what went wrong today and hopefully we will come back stronger at the next race in China.”

Jean-Eric Vergne: “It was a bit of a mess at the start in turn 8 with a lot of cars around me, but while the others were having a poor exit I had a clean one on the outside. When I then found myself next to a Lotus, I got squeezed more and more and when he realized I was about to overtake him anyway, he just closed the door. That is why our wheels touched and my car took off, out of control. Both rear wing and floor got heavily damaged with a huge loss of aero performance and it was just not possible to continue my race. Hopefully bad luck will leave us alone for the next races.”

Lotus F1:
Romain Grosjean: “It’s good that we didn’t have any problems during the weekend and we were able to finish the race with both cars. It’s not easy racing – what with the fuel management and energy recovery system – so there’s certainly more mental work going on in the cockpit. At certain points of the race we were quite quick, but then at other points we were really struggling with the rear grip. Fortunately, we now have two days of testing at Bahrain so we’ll be able to try a lot of different set-ups to try to get the car more as we want it.”

Pastor Maldonado: “As we expected the pace was much better in the race than it was in qualifying. We were using quite an interesting strategy and were running on two stops which was working well until the incident. We will need to have a look again at what happened as Esteban seemed to be off his line coming into turn one – maybe he missed his braking point, I don’t know – and by then I was in the corner with nowhere to go. For sure it’s difficult to understand and I was coming out from the pits and with cold tyres. I think he was very unlucky and it’s good he jumped straight out of the car. As a team it’s a plus that we finished with two cars which is very important and now we need to learn from this race and push hard for Shanghai.”

Marussia:
Max Chilton: “Yesterday’s qualifying didn’t go so well but I knew today’s race was going to be a lot closer. I didn’t get a very good start but through the course of the race I managed the tyres well, while still having a good race with the Caterhams. The safety car helped us out as I don’t think we had to fuel save as much as the others, once we had unlapped ourselves. All in all it’s great to be leaving Bahrain with 13th place and having finished every single race of my F1 career so far – 22 out of 22 now! Most important of all, it’s a nice feeling to have helped us back into 10th position in the Constructors’ Championship standings. Bring on China.”

Jules Bianchi: “I’m really disappointed after another tough race for me; the third one in a row. I got a good start and made up three places by the end of the first lap and I was having a really good first stint, enjoying a good race with Sutil. I had the chance to get ahead of him and I was slightly ahead going into turn 1, but he turned in on me and crashed into me, which punctured my left rear. I pitted but after that the car never felt the same and we can see now that the floor was damaged, which resulted in a loss of downforce and made the car difficult to drive for the rest of the race.”