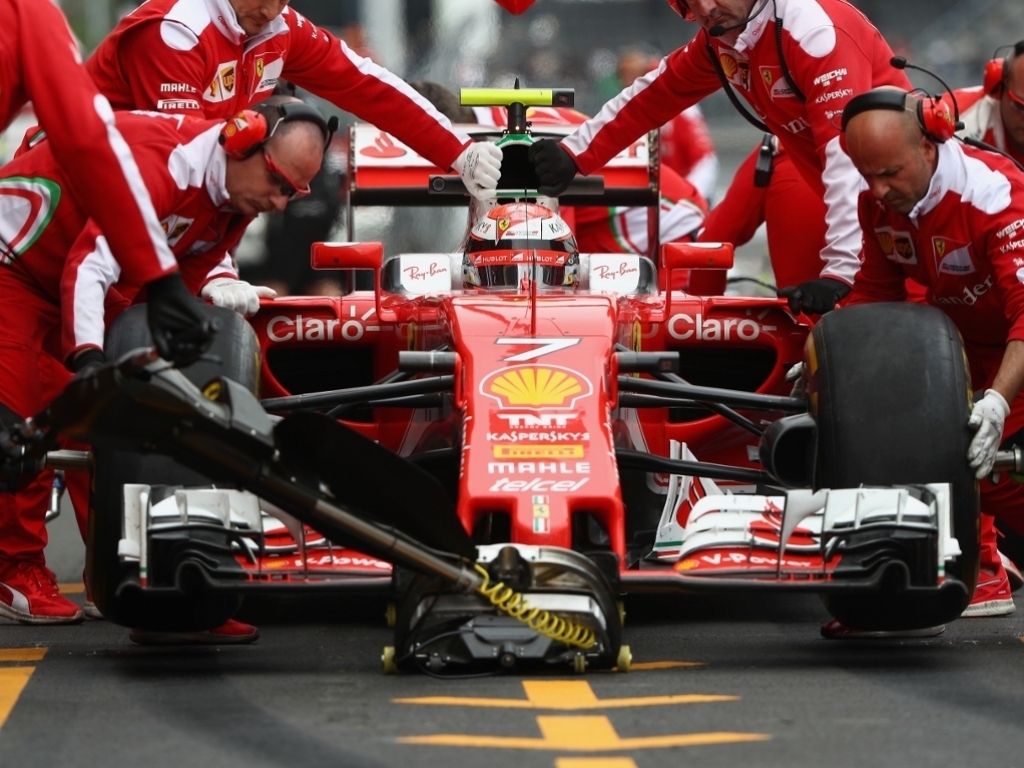 Sauber driver Felipe Nasr did brilliantly to claim the team's first points this season, while Kimi Raikkonen suffered a nasty accident early in the race.

Ferrari:
Sebastian Vettel: “Obviously, today it was not ideal: in the first part of the race I span, I had some aquaplaning but I wasn’t the only one. I think it was a good recovering in the end, it was difficult to come back, and I struggled to get past Sainz: I don’t know why it took me a lot of laps before I really started to feel well in the car, and then it was too late. About the duel with Verstappen, I think I was racing side by side to him and he saw me. I still had a little bit of my nose ahead, he was much faster so it was about making the corner and he got past. Not a difficult passing manoeuvre, but I don’t think it was fully correct. But I wouldn’t complain about anything today: I think I was not the only one who got caught out by the aquaplaning, but luckily I didn’t crash.”

Kimi Raikkonen: “The conditions today were not the easiest ones: it was very tricky, and when you do many laps behind the Safety Car it gets even more difficult. It was not raining heavily, but there was a lot of standing water. The biggest problem was the aquaplaning and I got it in a place where I was not expecting it: I spun off on the straight! I almost got the car back, but then I went off in a pretty bad place. The wet tyres are very vulnerable, easy to aquaplaning. It obviously depends on the circuit and on many other things, but comparing to some years ago, those tyres could handle this kind of water with no issues of aquaplaning.”

Toro Rosso:
Carlos Sainz: “Well, the rain dance definitely worked and what a race that was! I’m super happy! To finish P6 after qualifying P15 yesterday is just amazing. I thought it was too risky to put the intermediates on and I asked the team to leave me out on extremes, and it worked! Today was all about a good strategy with no pit-stops for me and a strong pace with no mistakes. To do it in these difficult conditions just makes it even better. It was so hard to drive out there today – it was very, very difficult to keep the car on track at times! It was really tricky, especially in the aquaplaning areas like Turns 13 and 14 … Particularly during the Safety Car restarts, when you are racing at 300kph and you can’t see absolutely anything, it’s risky! Having said that, I really enjoyed it today, I love the rain – I’ve always been strong in the wet, since I’m a kid in go-karting and today was no exception. We can also be very proud as a team, as we were matching the pace of the top runners in the wet, which means that our car is actually a very good one and that we’ve done an excellent job all weekend – I’d like to congratulate everyone for this! To bring back home another 8 points when we were not expecting many more is great news, I’m over the moon – I have to say that this second half of the season is full of surprises for us and I definitely welcome them!”

Daniil Kvyat: “What a crazy race. My start was good and we switched to intermediate tyres at the right time, but then I suffered a puncture under the Safety Car, so I was last after I pitted, unfortunately. I didn’t give up and I was starting to come back up the grid, but at that point the car was very damaged… The reason for this is that during one of the restarts, Palmer crashed into me and, even though we stayed out because of the tricky conditions, the car was very difficult to drive. It’s a pity, because up until today I was satisfied with how my weekend was going and I was hoping for more.”

Sauber:
Felipe Nasr: “I have no words to say how happy I am at the moment. When I saw the weather forecast for today, I knew it could be an opportunity. The opportunity came, and I was ready to go for it. We did an exceptional job today. The team was great informing me about the track conditions, while I was giving them my feedback. It was a tricky race, as the track conditions were very difficult at some points. In the end it was just an incredible feeling when I saw the fans in the grandstands cheering for me after the chequered flag. There is no better feeling than scoring these two important points on home soil. I could not have hoped for a better Sunday back home in Brazil.”

Marcus Ericsson: “It was a very disappointing end to this wet race for me. The conditions on track were very difficult. I lost the car going up the hill on the way to the start-finish-line, because of standing water on the track – at the end I was just a passenger. I am very disappointed. However, Felipe did a great job today scoring two very important points for us. This is great for everyone in the team. I will fight back at the final race of the season at the Grand Prix in Abu Dhabi.”

McLaren:
Fernando Alonso: “I think we were aiming for something better today. I started 10th and finished 10th, and there were some retirements in front of me, so we definitely didn’t take some of the opportunities that presented themselves out there. The conditions were extremely difficult today. Sometimes it was just enough to keep the car on track. There was very poor visibility and the drainage on the circuit wasn’t great – I had some aquaplaning which made it hard to push the car and close the gap ahead. In the end, we scored one point. Hopefully, in Abu Dhabi we can finish the season on a high.”

Jenson Button: “After today’s race, we need to go back to the factory and work out what it is that’s wrong with the car. During Friday practice, it was working really well; I was comfortable with the car and in the high-speed corners we had a strong rear-end. Yesterday, it wasn’t working, and today it was further exaggerated by the conditions. In terms of the restarts, those were very difficult conditions in which to judge what’s right and what’s wrong, but nobody was injured – and that’s the most important thing. Finishing last is unusual for me in conditions like these – so there’s definitely something wrong. I don’t think I’ve forgotten how to drive in the wet…”