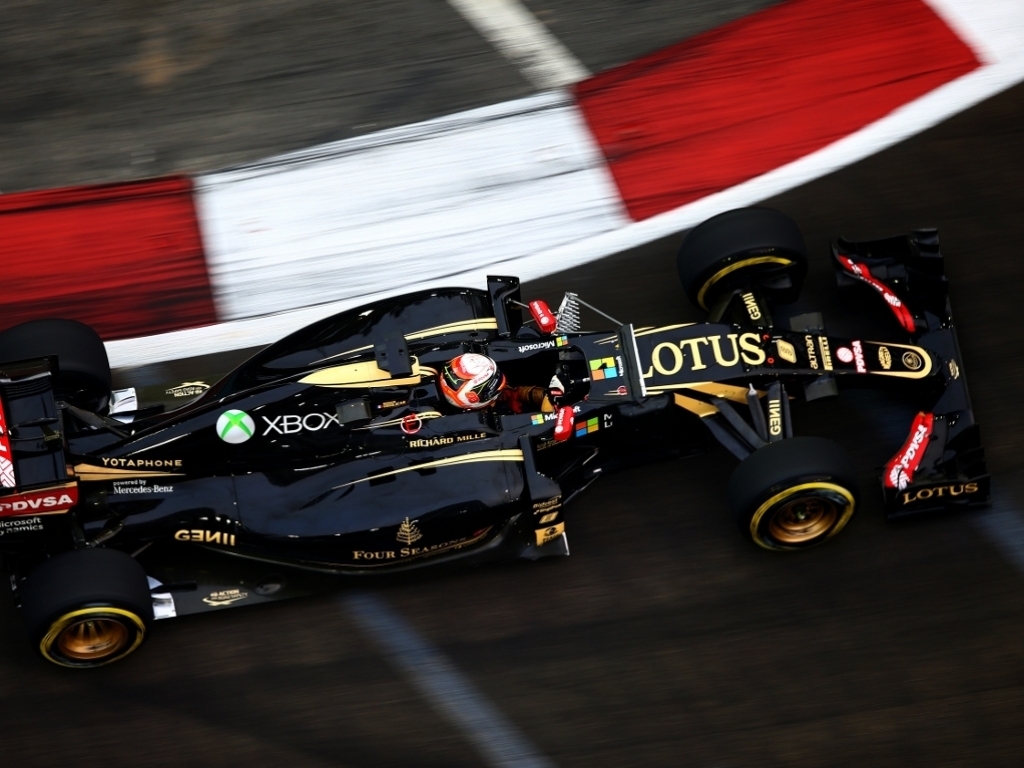 Excellent stuff from Nico Hulkenberg as he came from P13 to finish sixth while both Lotus cars were also in the points.

Force India
Nico Hulkenberg: “A great result today and realistically sixth was the maximum we could achieve when you remember that I started from P13. I made a really good start and jumped a couple of cars away from the line, and then stayed on the inside going into turn one, which turned out to be a good decision. By turn two I was up in eighth, close up behind the Lotuses and actually they were holding me up during the first stint. The team pitted me early to undercut them and we then out-raced them with our stronger pace. It was a lonely race for me, but effective and the result is very welcome. The team did a great job today and I think we deserved these eight points.”

Sergio Perez: “Twelfth place is a very disappointing outcome for a weekend that had started really well. Unfortunately, my race was an uphill battle from the first corner: I saw Massa going slowly in the centre of the track and had to avoid him, and that’s when I got the hit (from Sainz). We tried to recover and I did all I could to get back into the points, but even our best was not enough. It’s a shame as our pace was really good, but with no safety car or any other incidents, the points were too far away. It was still a good result for the team with Nico scoring points, something that will help us with our championship battle.”

Lotus
Romain Grosjean: “We finished with both cars in the points so I’m definitely happy with that! When it came to my own race we were a little bit slow against the Force India. We tried to fight Nico Hulkenberg but couldn’t. I really struggled with the tyres at the end – it seems the new Pirelli limits hurt us more than our rivals so we’ll work around that for the next race. Overall though, we’ve had a good result as a team.”

Pastor Maldonado: “It was a good race for us and we really deserved a happy result today after pushing hard all weekend. It’s a shame we weren’t able to keep Hulkenberg behind us so we’ll review the strategy and performance to see if there was more we could have done. The team has been united all weekend, we scored some nice points and we’re looking forward to the rest of the season.”

Toro Rosso
Max Verstappen: “It was a great race! I think the start was good and I was able to overtake Nasr straight away in Sector 1, even though he got me back in the hairpin because I got a bit blocked and I didn’t want to take too many risks! That was a shame, because I then got stuck behind him for quite a lot of laps and lost some time with the other cars ahead… But after my first pit-stop I was able to push again until I got stuck behind Kvyat first, then Alonso. But I didn’t give up and in the end we were able to end up in front, which is very positive. To go from P17 to P9 at a track like this one is a good result and I’m happy to have scored points again, it was a very good day!”

Carlos Sainz: “It was a good race until the mistake in the pit entry and I even think it was being one of my best races so far this year. It was a good first stint on the Options and an even better one on the Primes, I was really flying, catching the cars in front. Then it got to the point that it was simply impossible to overtake the Lotus on track, so we decided to go for the undercut. The team told me to do the opposite to Maldonado, and it looked like he was going to pit so I was meant to stay out on track, but he suddenly continued on track and I was so aggressive on the turn into the pit entry that I hit the bollard and damaged my front wing. I therefore lost some time during the pit-stop and if it was already meant to be a final long stint, it became an even longer one behind Perez, who was slow in the corners but fast on the straights. I destroyed my tyres behind him and in the end it was all about making sure I brought the car back home. The team did a very good job and I’m sure that we would’ve finished higher than P10 if it hadn’t been for my mistake – a rookie error that I will learn from. All in all, I’m pleased with my first Japanese Grand Prix!”