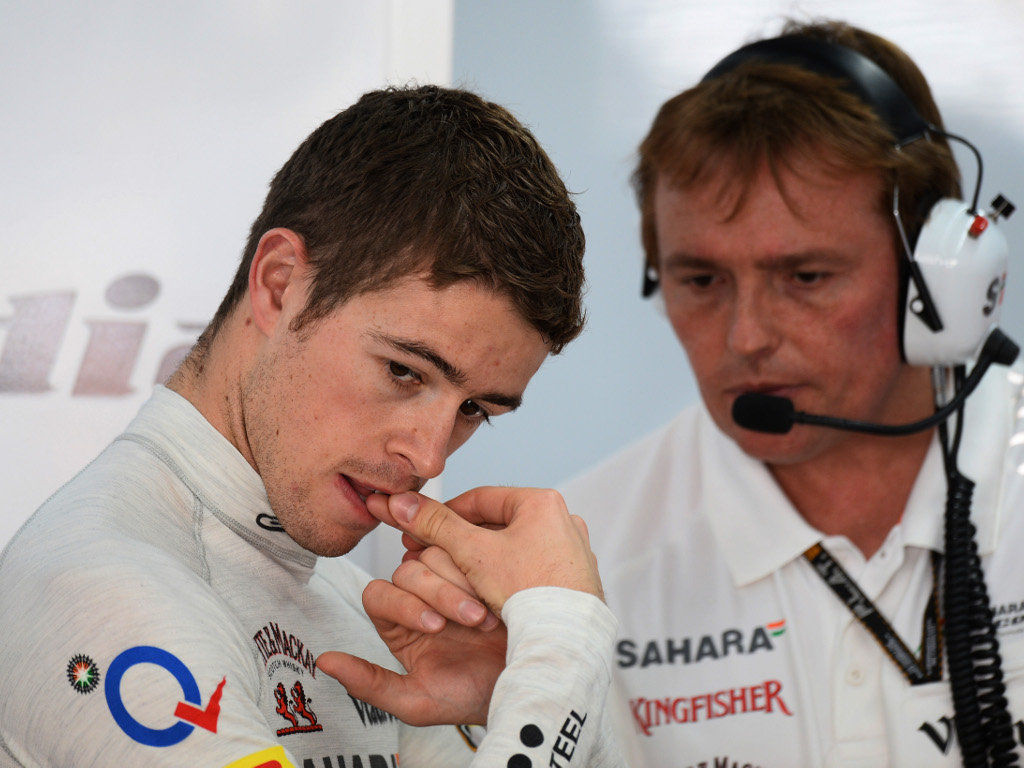 Force India:
Paul di Resta: “I made a good start and was in reasonable shape for the first stint. But it soon became clear that we were struggling for pace and not really in the zone with the tyres. We were pushing to do a one-stop race, but the tyre wear was a bit higher than expected and I ran out of tyre performance with nine laps to go. It was hard to defend my position so I had to make a second pit stop. It’s a shame because we were quite optimistic before the race and we thought the warmer weather might play into our hands. So it’s a bit disappointing, but we will pick ourselves up and look to end the season with a better result in Brazil next weekend.”

Adrian Sutil: “It feels like I ran out of luck this weekend. Up until Saturday morning I was looking competitive and was happy with the car, but all of that promise disappeared with the problems we had in qualifying. In the race I made a good start, gained a few positions and was racing ahead of Maldonado on the back straight. For some reason he hit my left rear wheel and I immediately lost control of the car and crashed into the barriers. I don’t really understand why he was so close to me because the track is so wide there. I stayed on my line and there was a lot of space to the right and the left. So it was an early finish and a very disappointing day.”

Marussia:
Jules Bianchi: “It’s fair to say that today was the toughest race of the season for me. With just the one pitstop, switching from the Medium to the Hard tyre, it was a really long race with so much of my focus being given to looking after the tyres. Anyway, the start was good – enough to put me ahead of van der Garde – and then I’m really happy with the race I drove as we were easily able to keep both Caterhams behind. I have to say a big thanks to the whole Team as there has been a great deal of work not only to help us resolve the problems of the weekend, but also to bring new parts to the car and make them work to good effect at this late stage of the season. A really good race for us today and we go into the final race in Brazil next week able to feel more confident.”

Max Chilton: “Heading into this race with the drive-through penalty to serve, I was always aware that this would be a tough and lonely race for me. I lost 15 seconds in the pitlane and the reality is that you are simply going to hit the blue flag phase much earlier and pay a hefty price for that in the second half of the race. I’m pleased with the job I did to try to play catch-up and I think my fastest lap reflects that. Unfortunately the other factors defined my race. On the bright side, I’ve finished yet another race – my 18th out of 18 – and the car is performing well versus the Caterhams, so we’ll throw everything we have at the final race next weekend.”

Caterham:
Giedo van der Garde: “Off the line I passed Chilton and was right behind Giedo and Bianchi at the end of the first lap. However, the car balance today was the same as it’s been all weekend, just not quite there, which meant I couldn’t push at all. I was keeping up with my teammate for the whole race, up to the drive-through in the last couple of laps, but we just didn’t have the pace today to put in the normal sort of race performance we’ve seen for most of the season. We have the chance to bounce straight back in Brazil, and we’ll work hard over the next few days to understand what we need to do to find a setup that allows us to get the most out of the package. I had my highest finish of the season in Brazil last year so we’ll aim to sort out the setup issue and be there to take advantage of anything that comes our way.”

Charles Pic: “I didn’t have a good start and was behind Bianchi at the end of the first lap. From there it wasn’t possible to pass him as, even though I had a quicker car round the whole lap, his straightline speed was better than mine and every time I got close my front tyres started graining because the car was understeering a lot so I couldn’t make a move past him stick. Sometimes it’s like this, there’s not much you can do when you’re so evenly matched. Despite how today went, overall it’s been a good week in Austin. The track is good and the atmosphere in Austin and at the circuit is amazing, but obviously for us we need a bit of a crazy race to be in with a chance of reclaiming tenth in the Championship, so now it goes down to the wire in Brazil. We’re ready, we just need to see what happens.”