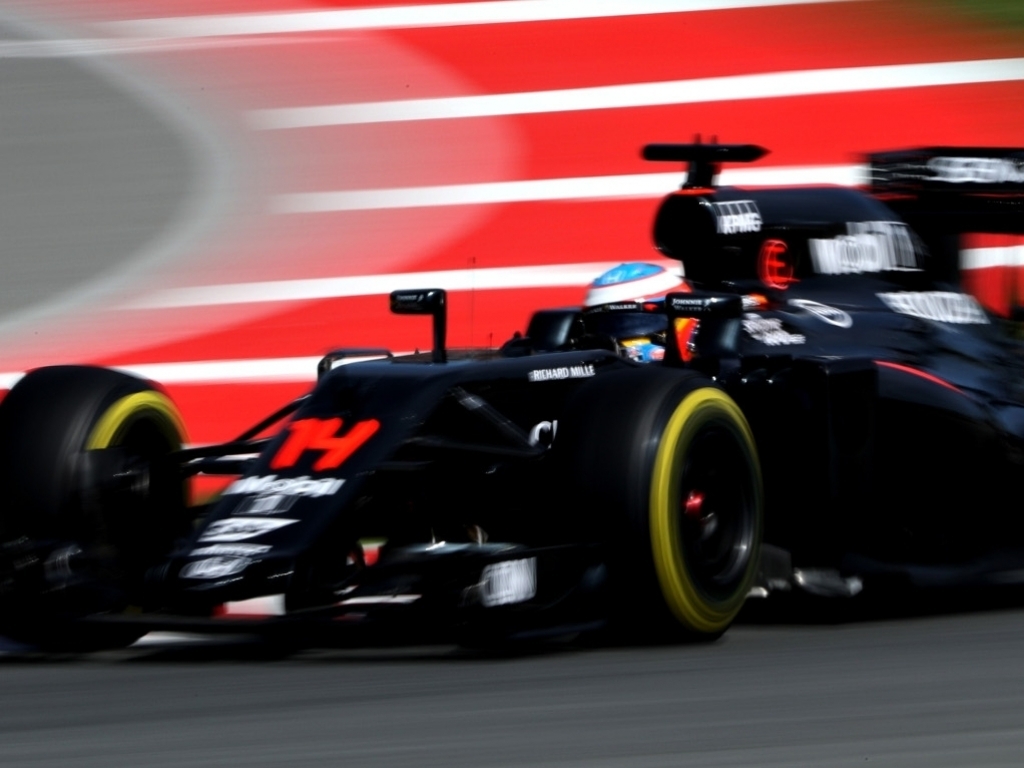 McLaren's Jenson Button impressed at the Spanish Grand Prix after finishing in the points, while his teammate Fernando Alonso was forced to retire.

Force India:
Sergio Perez: “It was a very good race and I think we managed to get the maximum result we could hope to achieve today. We were able to keep some very fast cars behind us and we capitalised on the accident on the first lap [between Hamilton and Rosberg] to bring home a good amount of points. I had to fend off Felipe [Massa] in the last three laps: I was on very old tyres and he was closing in on me, but I managed to defend my position. This was pretty much the only action I had all afternoon; the rest of my race was quite lonely, which helped me look after the tyres and allowed me to defend in the final few laps. We had a good strategy that helped us leapfrog the Haas and brought us this good result on a track that has never been our strongest.”

Nico Hulkenberg: “It’s frustrating not to finish another race. I saw some smoke coming from the back of my car and then it developed into a fire so I had to park quickly at the side of the track. It’s a shame because I missed the chance to fight for points and we also missed out on learning more about the car in race conditions. Sometimes in racing you have periods when things don’t go your way, but you have to keep the faith and believe that sooner or later your luck will change. There are also some positives to take away from this weekend because we’ve made progress with the car and I think the performance will continue to improve. So we will keep working hard and come back stronger at the next one.”

“It’s a shame that Fernando retired, because we were having a good battle out there. I had a great start – it must’ve been the best getaway out there! But it wasn’t a very easy race for me. There was no grip at all out there – and, whatever we did, we struggled. But, equally, the leaders weren’t very quick at the end, which made it really difficult for me to manage the situation because Dany [Kvyat] was right behind Seb [Vettel] and Ricci Bobby [Daniel Ricciardo], and he was on fresh rubber. Fortunately, I was just quick enough to stay ahead of those cars, and he couldn’t jump me. We knew it was going to be difficult to score points here, so this result wasn’t too bad.”

Fernando Alonso: “My car felt okay this afternoon, but I didn’t manage to make a good start and lost everything – so my race was effectively over by the first corner. After that, I followed Jenson for 50 laps and had traffic all race long, so I wasn’t able to do too many laps in free air or show my true pace. At the end, I lost power somehow – we don’t know the exact cause. We weren’t able to capitalise on our reasonable level of competitiveness. With both Mercedes out, we had a good opportunity to score some points today, but we didn’t manage it, so we need to keep improving.”

Haas:
Esteban Gutierrez: "It was a very tricky weekend for us, which started with a few problems in FP2 (Free Practice 2) on Friday. However, the team did a great job in recovering. In the race, I was doing my best from the beginning to the end. I think we could have done a bit better with the tires – maybe taken a bit of a longer stint with the softs as toward the end of the race I just ran out of tires. However, it was really enjoyable out there and I had some great battles throughout. Today wasn’t straightforward for us to finish in the points, but we’re finding more consistency in the car, which will give us more opportunity to go forward.”

Romain Grosjean: “I had a very good start, a very good first lap. I managed to get into the top-10 and was fighting there. Then my front wing decided to go, for some reason. We came back to the pits, fitted a new nose, got some tires, but then the brakes went. The car wasn’t having a good day. We really need to find out what’s going on because we reverted back on most of the setup, and we’re still very much struggling with the balance. Testing this week is going to be very important for us.”